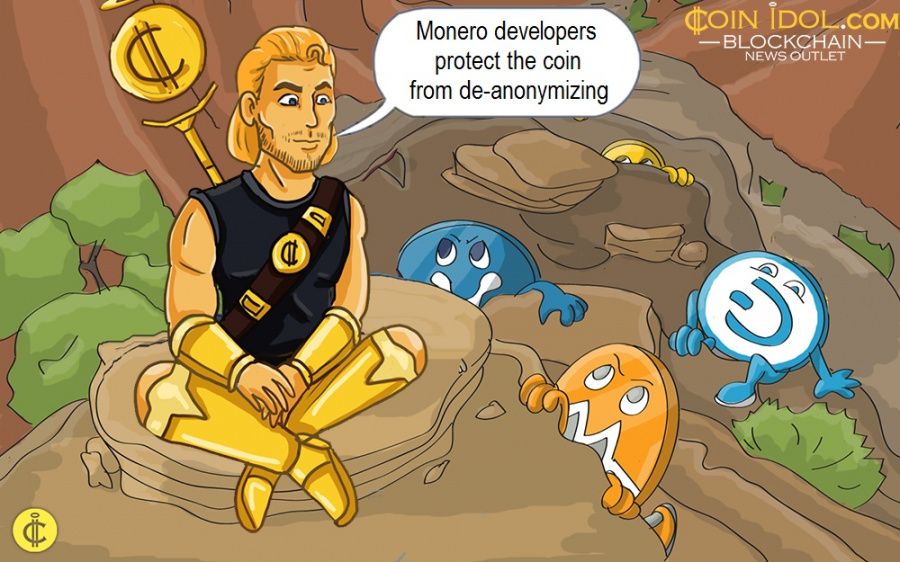 XMR developers announced the release of a new update that would help to preserve and enhance the coin’s privacy feature. According to the Monero blog, the new node software will allow for improvement of transaction size and speed, while still preserving complete anonymity.

The post about the release of an update called ‘Oxygen Orion’ was released on October 14. Based on it, the new software is to possess a special CLSAG feature, able to boost transaction size by 25%, while making them 10% faster. At the same time, it will ensure the code’s anonymity owing to the Dandelion ++ code feature, able to conceal the user’s IP address.

Cracking the King of Thieves

The latest update is thought to be the answer to various attempts of de-anonymising XMR. As CoinIdol, a world blockchain news outlet, has previously reported, a Russian intelligence agency designed a solution able to track and identify the parties of cryptocurrency transactions. However, this AI-based software is mostly targeted at Bitcoin, not at Monero.

The latter raised lots of concerns amidst the US financial watchdogs. Its Internal Revenue Service (IRS) has even announced a $625k reward to those who will be able to crack the code of the flagship privacy coin. They motivate such a move by the need in tracing tax escapists as well as hunting those who finance terrorists.

On one hand, such concerns are not groundless as criminals indeed tend to choose privacy coins such as Monero for their illegal transactions. In 2020, XMR transactions on the darknet increased by 65%. Its enhanced privacy feature allows transaction parties to cover up their traces.

On the other hand, anonymity feature of Monero also attracts ordinary users wishing to avoid needless bureaucracy while keeping its transactions confidential. For them, it is a good alternative for ordinary payment tools.

Anyway, the new update would probably make it more difficult to crack or de-anonymise Monero and require more time and effort to create a solution for tracking XMR transactions. So, for now, the enhanced anonymity of Monero seems to be safe and sound.