US Tax Service is Willing to Pay for Cracking Monero 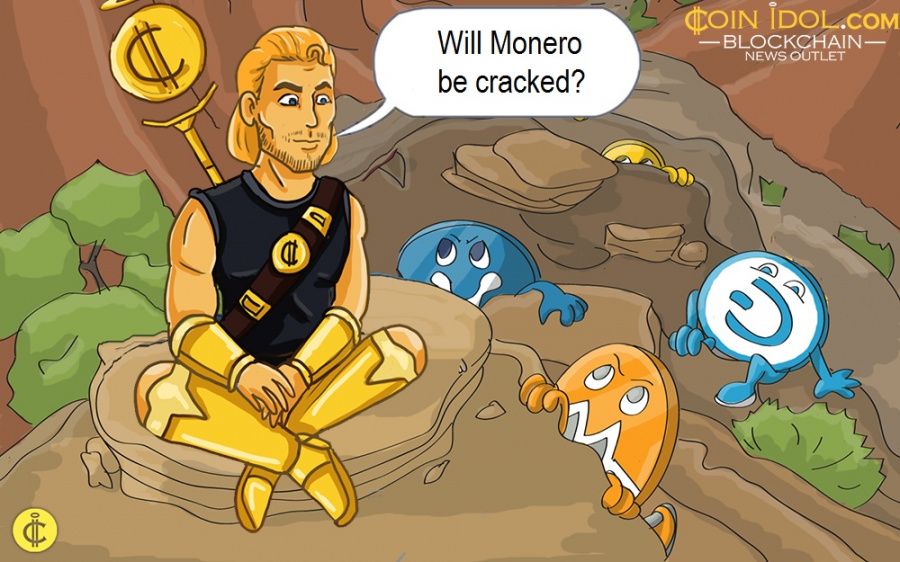 As privacy coins such as Monero are widely used for illegal purposes, financial regulators and watchdogs seek ways to de-anonymize them. Now, the United States Internal Revenue Service (IRS), is going to pay for cracking Monero (XMR).

The IRS has put a price of $625k to be paid to a contractor who succeeds in cracking privacy layers of Monero cryptocurrency. XMR is one of the most anonymous cryptos in the market, so it is being used by criminals to conduct their illicit activities globally. It takes a lot of investigative resources to trace XMR crypto transactions.

Goals to be accomplished by contractor(s)

The tax agency now wants to involve third parties (contractors) to develop a solution that would enable it to trace and track privacy-centric cryptocurrencies including Monero, and all ‘layer 2 (data link layer) network protocol transactions’ such as the Frame Relay, Token Ring, Lightning Network, Ethernet.

In order to ease the work of developing the tool, the agency wants the contractor to team up with CI Cyber Crimes unit, and Cyber Special Agents members. The payment will be allocated in several batches. The first one will amount to $500,000 and will be paid out after receiving the first proof-of-concept (PoC). Afterwards, when the product is tested and launched, a contractor will get the remaining $125,000.

The contractor is requested to achieve the following goals; provide info and technical capabilities that will enable the agency to track and trace XMR transactions with less involvement of external vendors; develop a solution that will enable the agency to predict statistical possibilities for transactions with XMR, LN and other privacy cryptocurrencies; provide algorithms plus the source codes of the developed app/software/tool such that the agency can continue adding necessary features; modify the tool and even integrate it with internal code at a very cost without depending much on peripheral vendors.

Hack and steal XMR instead to being paid peanuts

After hearing a series of such news related to the privacy of Monero, the cryptocurrency community is now praising the coin in question for pushing regulators this far. Most of the law enforcement agencies are desperate about the anonymous activities going on the darknet and other online platforms.

The IRS contract looks like a laughing stock to several cryptocurrency maniacs on different social media platforms. Users want the coin to remain decentralized and even reinforce its privacy-walls – most of them fear being traced and arrested, and their businesses being paralyzed by watchdogs.

Actually, people think the contractor who can manage to de-anonymize and crack Monero has the potential to go on to hack and steal any amount of XMR one wants. Therefore, this contract doesn’t make sense to some people.

Actually, Monero was recently labeled as the criminals’ cryptocurrency of choice. According to CoinIdol, a world blockchain news outlet, criminals prefer using Monero over Bitcoin. XMR has unmatched privacy, is not volatile like BTC, is very cheap compared to many cryptocurrencies including Bitcoin and truly anonymous.

Since regulators find it hard to trace Monero, a lot of illicit activities have been done using this coin, and some of these activities include drug trafficking, sex, money laundering, crypto laundering, terrorism financing and others.

Tags
Monero Service Tax USA Privacy Finance Revenue Bitcoin Cryptocurrency Transaction
Most Popular
Oct 04, 2022 at 09:16
Price
Litecoin Breaks Through Resistance At $54 And Sets Its Sights On The High At $64
Oct 03, 2022 at 16:13
Price
Ethereum Approaches Oversold Region And Targets The Low At $1,098
Oct 03, 2022 at 15:05
Price
Chainlink Price Declines Significantly As It Faces Rejection
Oct 03, 2022 at 14:51
Price
Weekly Cryptocurrency Analysis: Altcoins Struggle With Downward Corrections As Cryptocurrencies Approach Lower Price Levels
Oct 03, 2022 at 12:42
Price
Bitcoin Is In A Tight Range: A Breakout Or Collapse Is Imminent
More