The King for Thieves: Criminals Tend to Choose Monero Over Bitcoin 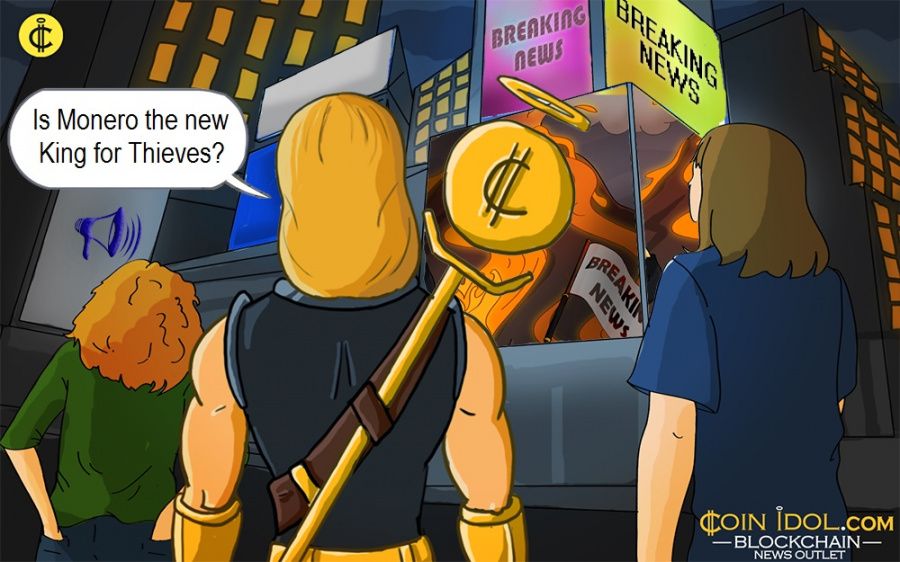 Cryptocurrency has been attracting illegal dealers since its very inception. Due to its anonymity and security, Bitcoin was widely used as a payment method on the darknet shadow markets. However, lately criminals started paying more attention to Monero as this cryptocurrency allows for an enhanced secrecy and disguise.

Unmatched features such as lack of government regulation, decentralized nature, and relative anonymity, are what makes cryptocurrency the most preferred payment alternative for cybercriminals. BTC is still widely used for the purposes of paying for illegal goods such as weapons, drugs etc.

In fact, according to the report by Bitfury, a BTC tech firm, the total value of BTC transacted via the dark web is up 65% over the past 12 months, and 340% over the last 36 months. However, as countries press on the flagship crypto with tough regulations, operators of shadow markets are forced to turn to less regulated alternatives.

Despite both coins offering their users high levels of anonymity, BTC’s blockchain structure left some gaps for monetary watchdogs and other authorities to track when and where transactions have happened. For instance, in October 2013, authorities managed to trace and arrest ‘Dread Pirate Roberts the developer of The Silk Road, a black market web. This shows that BTC is not a safer coin to be used by cybercrooks to carry out their illegal activities.

In its turn, XMR encrypts the transaction origins, locations and amounts, hence users of the token safely use it to carry out their operations under cover of digital secrecy.  Monero makes it possible for users to hide almost all details of transactions. Additionally, XMR always tricks any intermediary players by having each transaction look as if it is potentially criminal. And since regulators treat unknown transactions as high-risk, all XMR transactions would spontaneously be identified as suspect.

For this reason Monero is widely chosen by cybercriminals when designing cryptojacking malware and ransomware. According to coinidol.com, a world blockchain news outlet, the new powerful malware detected by Palo Alto Networks applies XMR, as well as the software involved in a series of cryptojacking attacks in Australia.

Ransomware developers also choose XMR as it allows them to get away with the paid ransom, which was exactly how a group called Netwalker acted. They have captured important research of the Medical School of the University of California and made the University pay a ransom amounting to over $1 million worth of Monero.

Besides the feature of secrecy, the Monero’s transaction fees ($0.0015 lowest, $0.0022 median and $1.5192 highest) are considerably lower than that of Bitcoin ($0.3479 lowest, $0.9107 median and $36.6092 highest). Such confluence of factors makes XMR the palpable alternative for dealers of unlawful products and services, as well as ransomware designers.

Still, among the numerous darknet markets accepting cryptocurrencies there are those who choose Bitcoin. For instance, UAS Service RDP, Sipulimarket, Tor Market, Wannabuy RDP, Silk Road 3.1, Slilpp, Hydra and Uniccshop. On the other hand, some platforms allow only XMR, like Monopoly Market and White House Market. But despite a kind of competition between the two coins, most darknet markets accept both of them, leaving the choice of preference to the users.

However, price fluctuations in the digital currency markets dismays cybercriminals from using more conventional choices such as Bitcoin, Ethereum and Ripple. The massive shift of criminal players towards more secure, economical, anonymous, less risk-vulnerable tokens will continue as public investment skyrockets in this nascent lucrative industry.