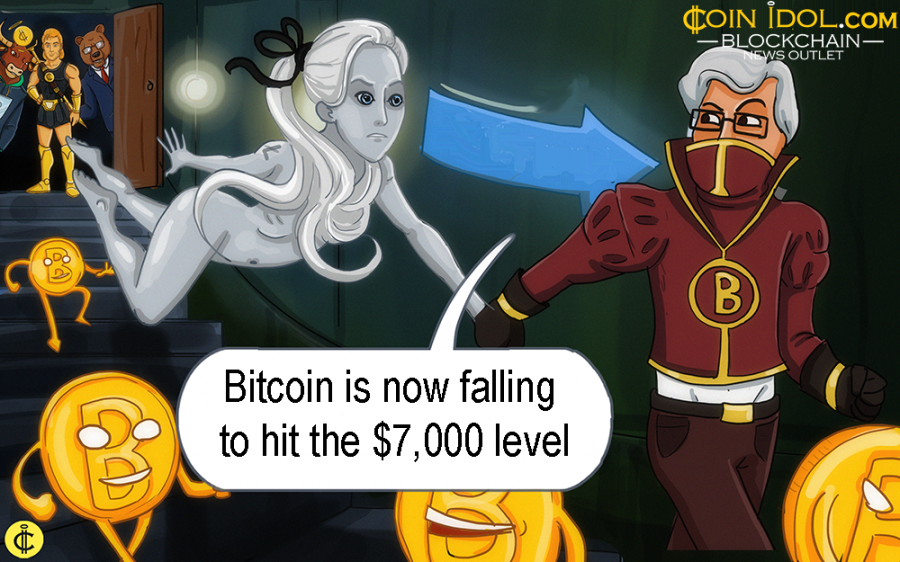 The volatile nature of Bitcoin and other cryptocurrencies sees them fluctuate according to market conditions. In this very week, the world’s leading cryptoasset traded above $8,320, but to our surprise, the digital asset is now falling to hit the $7,000 level.

A week ago, BTC traded at a price low of about $6,282. But throughout the week, the crypto was having a non-uniform trajectory – its movement has been up and down (unstable). 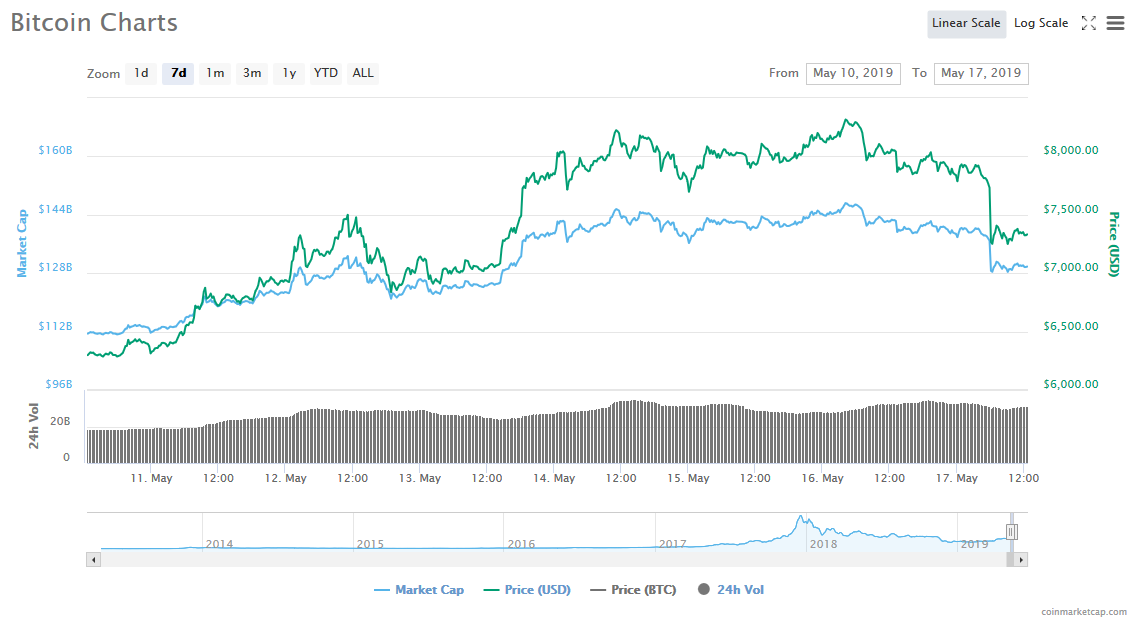 It’s not only Bitcoin that is facing serious falls in price, other major cryptocurrencies including Ether, Ripple, EOS and others are also experiencing the same resultant force from the market. For instance, the two Bitcoin rivals – Ether (ETH) and Ripple (XRP) are both in red changing hands at about $235 (-10.08 percent, market capitalization of $24.98 bln) and $0.3740 (-11.61 percent, market cap of $15.75 bln) respectively.

The main reason for such drop could be a huge sell-off of major cryptos as investors were taking their profit from the rally. For example, a huge order was placed on Bitstamp exchange with a total value of $28 million.

When Bitcoin hit and surpassed the $8,000 everyone participating in the crypto market thought that the coin was going to continue skyrocketing and trade at $10,000 as it was predicted earlier by experts, but the crypto disobeyed this prophecy. However, as price dropped, people will start buying again, which might trigger another uptrend.

Tags
Bitcoin price Price Bitcoin Market Cryptocurrency Ripple Data
Most Popular
May 01, 2021 at 12:54
News
Russia is Going to Establish a Special Department for Exploring Artificial Intelligence
May 01, 2021 at 11:58
News
Dogecoin Price Pushes To The Upside; Can Bulls Breach The $0.45 Resistance Zone?
May 01, 2021 at 10:10
News
VersoView: Building Brands and Communities with Unique Blockchain Publish, Engage and Reward AI Solution
May 01, 2021 at 09:16
News
Polkadot Resumes Fresh Uptrend, Targets Resistance at $48
Apr 30, 2021 at 14:28
News
Ethereum Faces Rejection At $2,800, Consolidates Above $2,700 Support
More