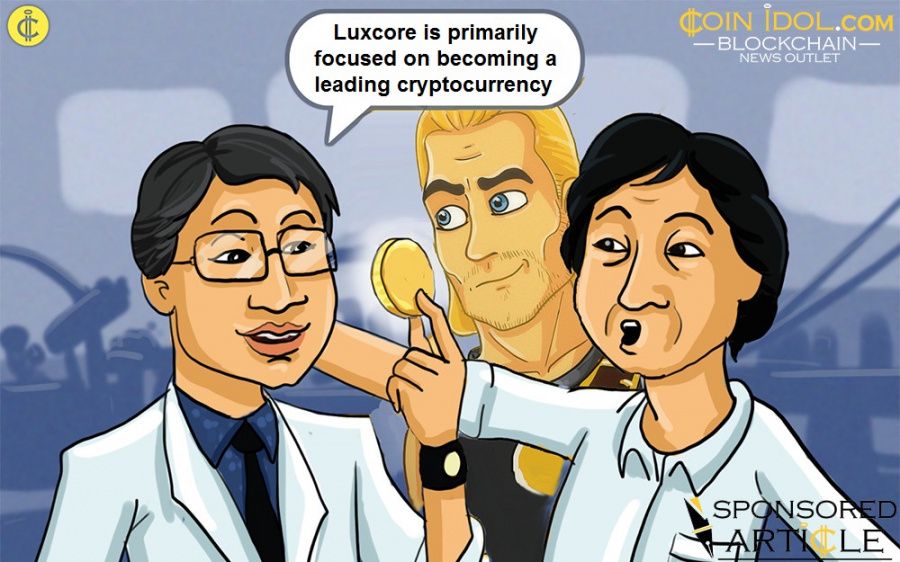 Fintech startup Luxcore is primarily focused on becoming a leading cryptocurrency, within the blockchain ecosystem. Using its open source public blockchain asset, LuxCoin’s implementation of smart contracts and SegWit is aimed at enhancing the blockchain’s usability and transaction speeds.

LuxCore has made the recent announcement about the upgrades, including the addition of smart contracts, allowing users to create pre-defined contracts and the implementation of SegWit. This aims to provide revolutionary layers of security and privacy, implemented through its upcoming closed source products. LuxGate and Parallel Masternodes. Providing customers with a fast, efficient and secure transaction solution. LUX creates a profitable service for individuals, enterprise, and governments.

Unlike many cryptocurrencies using the Proof-of-Work protocol. LuxCore has adopted Proof-of-stake and Proof-of-work further enabling their masternodes. LuxCore can minimise the time and power needed to complete transactions, further increasing the ability and scale of LuxCore. LUX also aims to give customers a choice in the levels of security and privacy to suit the user's needs.

LuxCore is currently planning to introduce their Segwit upgrade around the 20th February 2018. Segwit is the process in which the block size limit on the blockchain is increased by removing signature data from transactions, thus enabling a larger block size and allowing more transactions to be added to the block. This function will separate transaction signatures, ensuring a higher level of security as the data is detached from the transaction, preventing the receiver from intercepting and modifying the transaction ID. SegWit providing LuxCore with scalability for their blockchain.

Directly deployable smart contracts will be available directly from the wallet, this can trigger cross-network transactions, task based on predetermined conditions. Enabling users to exchange virtual assets in a transparent and conflict-free manner. Avoiding the need for a middleman. Helping users digitally trigger, authenticate, or enforce the negotiation.

A computer that is mining or staking their GPU power into a pool is considered a node. While in LuxCoin’s case they are running a completely dedicated master-node, which has 99% uptime. These allowing token holders to earn rewards for supporting the network, adding a layer of stability and security within the network, verified by blockchain transactions.

LuxCore’s blockchain is built to handle the capacity for parallel masternodes on the private network which will run alongside the public network. This concept of bridging two networks together is called “LuxGate.” Allowing communication between validated blockchains or algorithm. Using LuxSend, you will be able to have access to an integrated coin mixing protocol, allowing users to mask their transaction information.