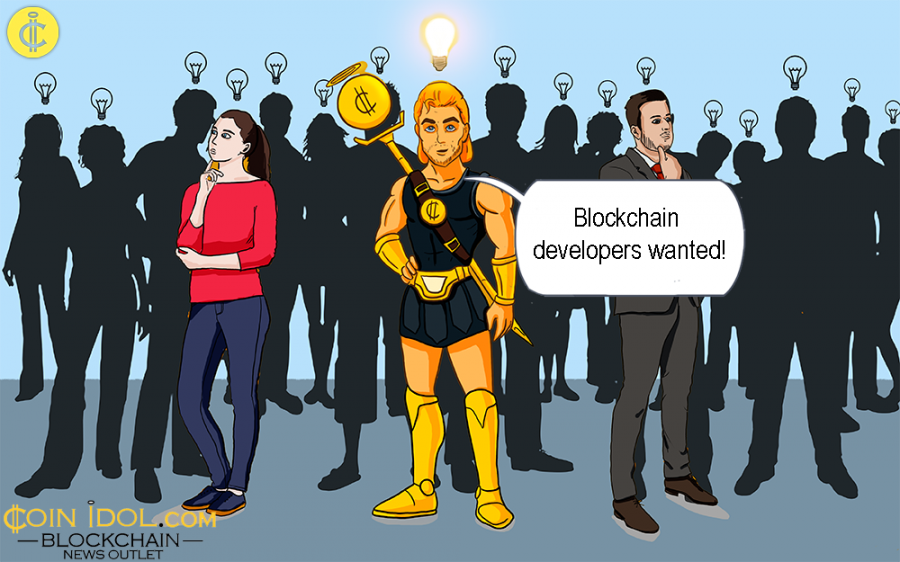 A LinkedIn survey reveals that the profession of the so-called ‘cryptocurrency and blockchain developer’ in Italy and the United States (USA) is growing very fast compared to other innovative technologies such as artificial intelligence, machine learning and others. As the society inevitably changes, the Italian economy is moving towards Industry 4.0.

The future of the professions is now instilled and saturated with digital innovation technology, for around 70% of the new jobs. However, this doesn’t mean that humanistic education will become useless or will lose its value. But the truth is that, the industry is seeking for hybrid professional persons that have the potential to integrate scientific cutting edge skills and humanistic abilities.

Even last year’s “emerging Jobs Report” report by LinkedIn revealed that the role of blockchain developer was at a high demand by 33 times.

Italy Tussling with the USA in Blockchain Industry

The US cities which have high demand for cryptocurrency and blockchain developers include San Francisco, New York (NY) and Atlanta. In 2016, there were over 800 vacancies given to bitcoin, cryptocurrency, Ethereum and blockchain experts and the number increased to almost 1,800 and 5,000 in 2017 and 2018 respectively.

It sounds realistic that the 70% of the future jobs will need digital skills, though the data doesn’t reach the classes of developing professionals and the novel cohorts of students - more than 20% of the students enroll in scientific and technological studies and faculties in Italy.

It is estimated that by the year 2025, around 34% of the Italian jobs will inexorably change because of the technological transformation minus lowering the number but instead it will increase the demand to around 5%, making the degrees related to science, technology, mathematics and engineering to be the top requested in Italy and the world at large.

Of course, the development of technology comes with negative effects including unemployment for some professions, however, other professions will take advantage of this cause. For instance, intermediaries and consultants will experience a fundamental change in financial and commercial field.

Blockchain, Bitcoin, distributed ledger technology (DLT), internet of things ( IoT), artificial intelligence (AI), cryptocurrencies, are introducing a revolution which is noticeable by everybody. As you can see, Bitcoin and other major digital currencies are affecting civil society, firms, governments, institutions, in the country in one way or another.

Furthermore, all this has had and will have the natural significance of the birth of multiple blockchain-based projects with a sporadic search for the professional figures needed to develop them offering their expertise.

The blockchain and cryptocurrency platforms have also attracted crowdfunding, initial coin offering (ICO), initial token offering (ITO) and initial exchange offering (IEO), that have seen billions of dollars from potential investors being invested in this nascent industry. The country is also seeking for better ways of integrating smart contracts with the aforementioned platforms, since the country is shifting from analog to digital.