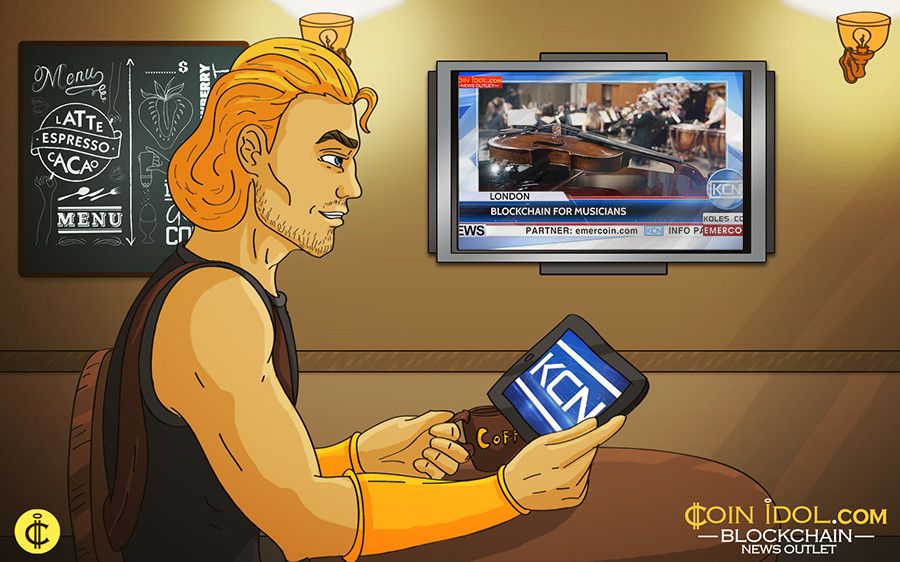 FinTech innovations for musicians. A London-based startup JAAK has developed a blockchain for the entertainment and media companies. The innovation was introduced to the public at the recent European Ethereum Development Conference in Paris by its founders Vaughn McKenzie, Freddie Tibbles and Viktor Tron. The technology provides media companies and authors with a real-time transfer of payments. The startup plans to begin to accept media and music groups to collaborate on the platform.

Bank of Korea will work with R3

South Korea continues the adoption of financial technologies. The Bank of Korea will execute the R3 consortium proof-of-concept blockchain project. Kim Jung-hyuk, the head of the e-finance planning team, had announced the project at the Digital Money 2017 conference. He noticed: «We recently decided to proceed with the proof-of-concept with R3 Consortium, and once the final decision is made internally, the specific scope and schedule of the project will be announced». The bank created a task force team which will analyze the effect of digital currency on the bank’s monetary policy and its financial stability.

Romania plans to invest into blockchain

Blockchain in the payment systems of Romania. The D10e conference on decentralization was held In Bucharest, with the participation of representatives of blockchain industry. The Government members of Romania also took part a word in conference. The Minister of Trade of Romania Alexandru Petrescu in his statement expressed the intention to improve the payment systems through by using blockchain. “I am aware of the shortcomings [of payment networks] and we are interested to invest in infrastructure, blockchain applications that are compatible.”- said Petrescu.

The Dark Side of anonymity cryptocurrency

The police of USA worried about the full anonymity of cryptocurrency. Law enforcement authorities believe that complete anonymity can be used for illegal transactions. The Prosecutor of The United State, Kathryn Haun expressed her distrust about anonymity Zcash currency. Prosecutor stressed that if it worked as advertised, then it would make the prosecutor's office "a lot more difficult", that's criminals also want to be paid. However, the prosecutor stated that she endorses privacy and private transactions. In an effort to solve the problem of security, the agencies are looking for an opportunity in isolation of loopholes through which finances gets into the criminals’ hands.

The first blockchain conference in Tallinn. The event management company «Smile-Expo» is holding the first large blockchain conference in Estonia on March 9, 2017. The event will focus on blockchain and cryptocurrency projects of Estonia and foreign countries. FinTech experts will share their experience of implementing blockchain in governmental institutions, banking system, trading, media, healthcare and other spheres. The main participants of conference are IT developers, entrepreneurs, investors. The detailed information and tickets are available tallinn.blockchainconf.world.

The new project from BitShares

The Munich company has launched a new blockchain project. The BitShares company released a product which allows to send and receive any funds or assets completely safe to any user. The development is called "Stealth". The function will be available for everyone on the Bitshares blockchain in client and web wallets. Christoph Hering, CEO of the BitShares, announces plan to integrate Ethereum as the payment currency to its system. More coins and platforms will be announced soon. Christoph Hering noticed that the Latin America's market is the most promising for the company nowadays and the people there need financial solutions that will work.

Investments in FinTech startups is growing in Australia

KPMG has published a report about the FinTech. The analysis found that the investment in FinTech startups in Australia increased unlike the rest of the world. The total the FinTech investment Australia rose to $656 million for 25 deals in 2016 year, compared with $ 185 million for 23 deals in 2015. Brexit, US presidential elections, the slowdown in growth in China, as well as fluctuations in exchange rates worldwide are the reason of investors careful in 2016. But KPMG predicts that the sector will remain attractive in the future because of the numerous advantages.

Tags
KCN R3
Most Popular
Aug 24, 2019 at 12:20
News
TradeSanta : Enhancement the Automatic Trading in Cryptocurrencies
Sep 03, 2019 at 13:36
News
Paycent Gears Up For the Biggest Trading Contest in the History of Crypto: Live September 3-rd on Binance DEX
Nov 21, 2019 at 09:10
News
Metaverse DNA To Leverage The Community For Its Blockchain Network Governance
Apr 16, 2019 at 12:05
News
A New Era of Public Chain: Ultrain Launches its Mainnet
Jan 13, 2019 at 12:53
News
ICOBox Founder to Make His Company the Leader of the Emerging Security Token Market
×