Italy Takes Crypto & Blockchain Industry to the Next Level, TTS Crypto is a Stablecoin 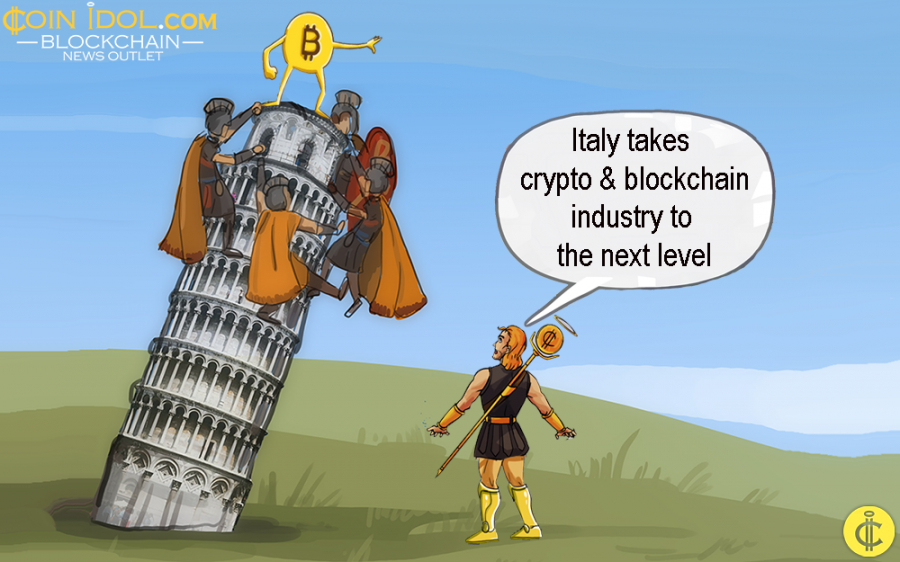 During the “Bitcoin & Blockchain beyond the hype,” an event organized by the University of Naples Federico II and the Blockchain Education Network (BEN) association in Italy on January 18, various experts participated including Professors, PhD students and University engineering students.

In order to understand the concept very well, a lesson on blockchain and a brief economic history from barter trade to Bitcoin (BTC) was presented by Professor Nicola Mazzocca, from the Dept. of Computer Science & Systems, conservator of the occasion on behalf of the institution.

Professor Nicola called on the participants to have an open approach to the distributed ledger technology (DLT), since “there is no point in opposing for the sheer pleasure of it.” The professor then gave the floor to the co-founder of NGC & member of BEN Gabriele Sabatini. Gabriele started talking about the history of currency up to when BTC was introduced.

Material products such as diamonds can be tracked by a particular application based on blockchain. It’s very hard to trace poultry using DLT, Marco Monaco explained while outlining the real uses of blockchain.

According to Felice Balsamo, electronic voting will be applied to the consultative referendums and the complicated job of preparation of Naples’ merchants such that they can be cryptocurrency-ready during the Universiade of July this year. He also uncovered news concerning book coupons.

The list of all those entitled to book coupons for the academic year 2018-2019 is on the Ethereum (ETH) DLT and the document has to go through another review.

Then, from next academic year, the paper type will vanish, to make space for a cryptoasset wallet using The Temporary Token (TTS).

Eligible Italian nationals will get a contribution to the purchase of their children’s scholastic materials including books in the form of a local token which is valued at a ratio of 1:1 to the euro - a stablecoin.

Every school bookshop in Naples (Napoli) - a port and tourist center in southwestern Italy; and capital of the Campania region, will accept the token and will demand the Treasury of the City of Naples to exchange it for euros.
This is aimed at ceasing the malicious photocopying of book coupons and preventing them from being used multiple times.

The City of Napoli is eager to test e-voting based on DLT for referendums consultative nationals. The paragon opportunity is probably Tuesday, May 28, 2019, in alignment with the European Parliament elections.

Currently, the e-voting is being experimented with and studied and it will have to first get official approval from the Ministry of the Interior, headed by Luigi di Maio.

Over 200 commercial enterprises are pushing for July to allow around 50 digital currencies via dedicated POS systems.

The first machines have already been put in place and utilized by tourists from different parts of the world marching into Napoli city. This includes bars, hotels, hairdressers, pastry shops and others.

However, as Coinidol recently reported, Italy is certifying different goods based on blockchain technology and agro-foods are the protagonists.

Tags
Cryptocurrency Blockchain Italy Industry Stablecoin University Network Event Education
Most Popular
Jan 16, 2021 at 12:47
News
Ethereum Holds Crucial Support above $1,020 but Struggles to Break Resistance at $1,240
Jan 16, 2021 at 11:53
News
Ripple Slumps as Bulls Fail to Sustain the Recent Rallies
Jan 15, 2021 at 14:11
News
US Domestic Extremists Receive Bitcoin Donations: Does Someone Want to Bring the Country Down?
Jan 15, 2021 at 13:23
News
Bitcoin Cash Declines, May Resume Range-Bound Movement between $430 and $540
Jan 15, 2021 at 12:15
News
Litecoin Recovers but Struggles to Break the Resistance at $156 High
More