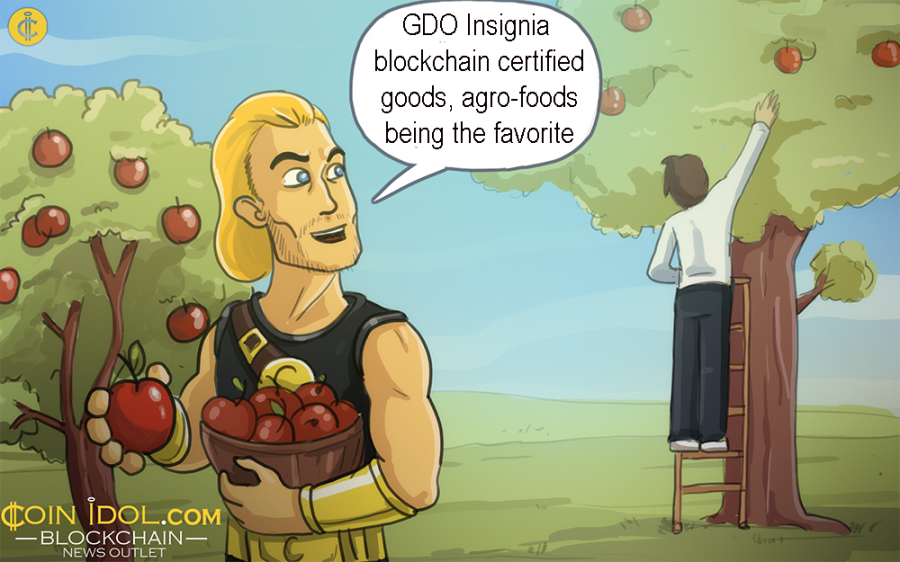 The blockchain technology, as a major tool used for large-scale certification of goods on market, is unleashing an undercover bonanza. To compete are the major brands of global organized distribution, which are equipped with internal ecosystems based on blockchain. They have positioned their activities, with a view to spreading the technology, which has made the boom of the cryptoasset, ensuring transparency and unchangeable shared data.

The object of desire consists of two sides of the same coin - the amount of information for the certification of goods on sale and the value which the brand gains from it.

A topical conference in Milan that was organized by Casaleggio Associati, reveals that blockchain generated around €339.5 million in 2017 and it will hit €2.3 billion in 2021. And in 2027, it is anticipated that 10 percent of the total Gross Domestic Product (GDP) of the world will be accumulated by goods and services delivered through DLT.

The competition is too much in the agro-food sector since the source of the goods counts in terms of economic value. As per ItaliaOggi, the large chains of organized distribution, Walmart & Carrefour topping, with the aid of IBM & Microsoft, are arming their own real estate DLT ecosystems to control the food items on sale while in their respective shelves.

It will be the GDO that will be managing the data that the firm will have supplied to the distributor while securing the supply.

The chains will raise the value of their own brand by exhausting the agricultural value of the certification into its landscape.

The same thing applies to agro-industrial firms, which now value the source of their productions and make investments in marketing campaigns to improve the value of their brands. In this manner, the retail sector will be in a position to duplicate, in a virtual environment, what has already been put in place by the private label: - to promote similar goods, certified using blockchain technology, at reduced costs.

On January 21, the Ministry of Economic Development presented two groups of experts officially to the public, which the minister created to boost the launch of innovative processes in the Italian business framework: the artificial intelligence (AI) group and the task force on blockchain.

There are also around 30 professionals for DLT and others for AI. Among the experts also includes the group from agribusiness organizations, according to the report by ItaliaOggi.

Remember, Coinidol recently reported that AI is the most discussed topic on Twitter and is considered the ‘queen’ of technology. Also, Milan was officially crowned the city of innovation in Italy.

Tags
Blockchain Technology Certification Brands Data Market Transparency Value Sale
Most Popular
May 20, 2022 at 11:30
Price
Ethereum Is in a Confined Range as Bulls and Bears Reach Equilibrium
May 20, 2022 at 10:38
Price
Ripple Consolidates above $0.38 as Buyers Emerge in the Oversold Region
May 19, 2022 at 15:30
Price
TerraUSD Falls Significantly as Bears Gain More Grounds
May 19, 2022 at 13:00
PR
A Review of Olympus4x.com Broker
May 19, 2022 at 12:20
News
How Gaming and Online Casino Promote the Use and Popularity of Cryptocurrency
More