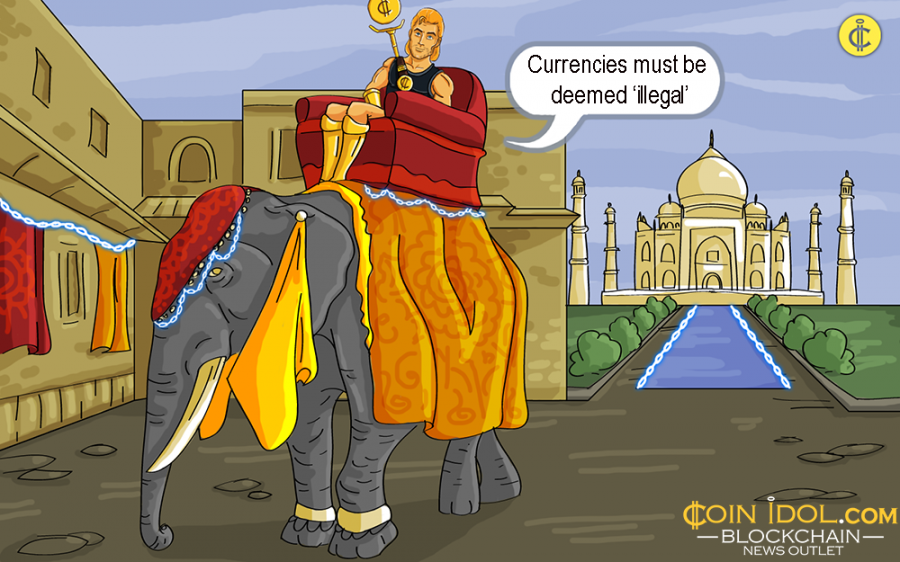 Putting conjecture on cryptos such as Bitcoin (BTC), Ethereum (ETH), Ripple (XRP) to an end, a government panel has proposed formulating a new strong law that will regulate that field, according to sources familiar with the matter. The panel revealed that all those currencies must be deemed ‘illegal,’ CNBC TV18 reported on Friday, December 7, 2018.

The Asian continent seems to be confused with the crypto industry, and some giant nations such as the People’s Republic of China have come out to completely ban ICOs. On the other side, South Korea is encouraging innovation especially in blockchain technology and crypto. Recently, S. Korea invested around $100 million to make the city of Seoul a great hub for blockchain. Then you hear, the Indian police arresting the creators of Bitcoin ATM under unclear charges. India also recently declared that it will form its own crypto, after putting a ban on all cryptos operating within its borders.

The panel has proposed that a fresh framework in the guidelines by Reserve Bank of India (RBI) has to be immediately employed to prohibit digital currencies and the law must indicate that any form of dealing in those currencies must be handled as illegal and unlawful, sources revealed.

Last month, as reported by Coinidol, the Indian government established a panel to set the norms for crypto. This panel was led by Secretary Subhash Chandra Garg, Department of Economic Affairs (DEA). The panel has managed to successfully submit its report to Arun Jaitley, minister of finance.

“The law should enlist punitive measures that the government and its investigative agencies can take in case it finds anyone or any entity trading or dealing/ holding it,” the panel revealed.

No one knows what the report contains, according to the CEO of Wazirx – a crypto exchange, Nischal Shetty. He said:

“Several times we’ve heard such stuff in the news before. Until we get to see the report I would not suggest anyone to jump to conclusions.”

As the Going Gets Tough …

In February this year, Jaitley revealed that the government of India doesn’t deem crypto as legal tender, citing warnings from the RBI and the ministry of finance. India will take possible measures to abolish the application of those currencies that are largely used to finance some illicit operations such as terrorism.

The Income Tax Department (ITD) also proposed that the responsible authorities should do everything possible to enact a total ban on virtual currencies including the flagship coin, BTC. In the same struggle, the Supreme court also appointed an effective special investigation team (SIT) to handle black money indicating the centre shouldn’t make virtual currencies legal.

However, if India finally decides to ban crypto in the country, the chances are high that they will not be successful. China tried it but it wasn’t possible, as the citizens continued bypassing everything put in place in enforcing the decision. People have been using virtual private network tech to participate in crypto markets.