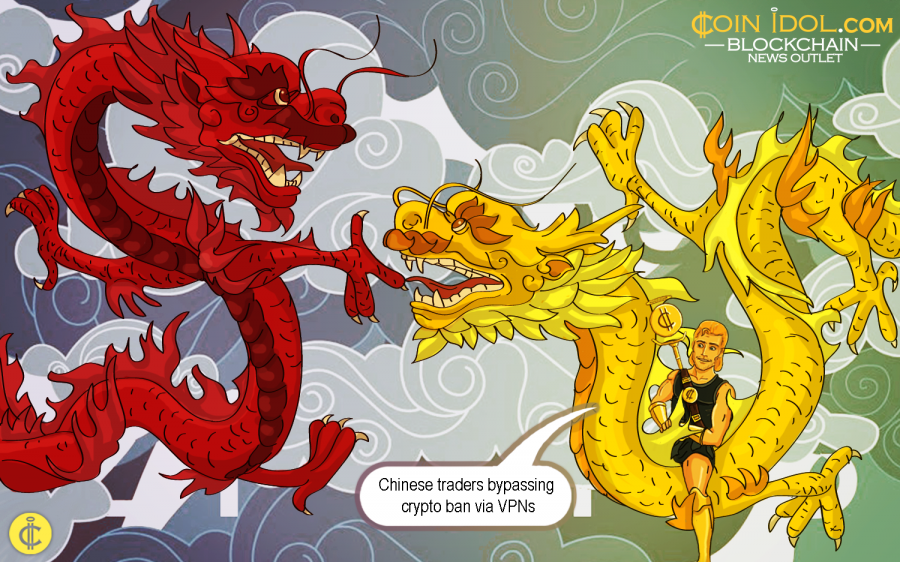 Regardless of the increase in control measures over Crypto trading, various observers are sure that Chinese investors will continue to skirt the ban, which makes it almost impossible for authorities to terminate trading, according to reports from the South China Morning Post (SCMP).

The SCMP cites the report published earlier on Shanghai Securities Times that indicated that trading authorities were largely reinforcing controls and their supervision by blocking all access to 124 foreign Cryptocurrency exchanges that offer trading services to Chinese investors. This attempt has minimal effects since traders go on to use VPNs tools to have access to foreign exchanges and leveraging Tether (USDT) for exchanging crypto for hard cash and the other way round.

The Chinese government has long been against Cryptocurrency, though the biggest resistance dates back to early last year when Beijing started its crackdown on the domestic Crypto sector. The trading exchanges continue to bypass the ban, relaunching themselves using fresh domain names in foreign jurisdictions that enable them to trade to the locals.

Terence Tsang, the Chief Operating Officer of TideBit, a Hong Kong-based Cryptocurrency exchange, revealed that the government is now surveilling Cryptocurrency trading sites which claim to be foreign exchanges with their landing pages written in the Chinese language.

“Chinese regulators have the technical ability to shut down VPNs. However, traditionally it takes numerous conversations with different stakeholders to reach a consensus on configuring a firewall, which lengthens the process,” an undisclosed source told the SCMP.

In March, People's Daily, a state-run media platform, censured Cryptocurrency media outlets, saying they were manipulating the crypto markets. Six months after, WeChat officially blocked all Crypto and Blockchain technology media accounts in China saying that the accounts were found to disregard the messaging Apps regulations.