How Blockchain will Crush Language Barriers? 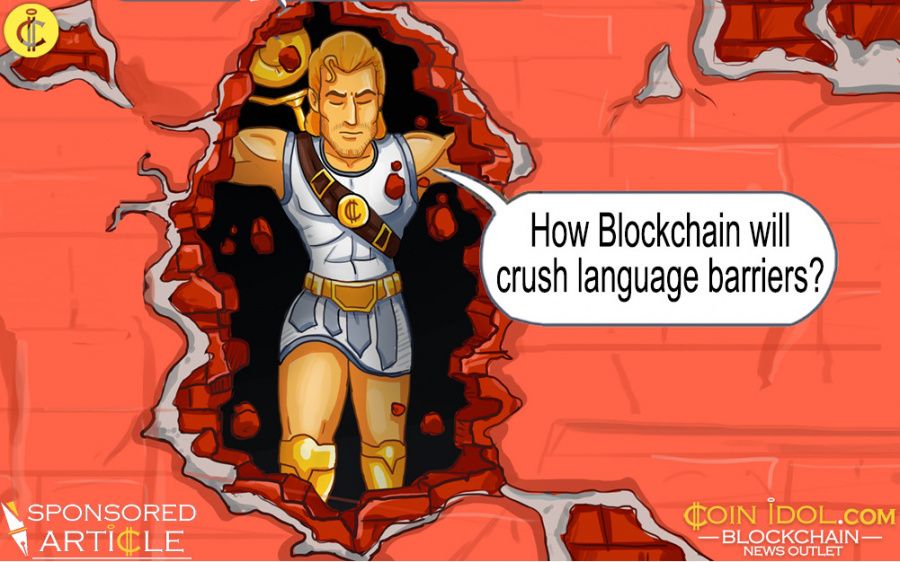 In a world with more than 3000 different languages and dialects it is doubtless that the question of language barriers becomes of a very high interest. In other words, searching for a method of establishing mutual understanding, people all around the world are calling for affordable and always available interpreting services. Are the modern technologies able to provide a solution for that problem? If yes, which ones?

The development of blockchain technologies as well as the growing role of smartphones and mobile applications have gave birth to LangPie - a revolutionary product created with an aim to crush language barriers and establish a communication between humans from different countries.

LangPie is a user-friendly mobile application on your smartphone giving you instant access to interpreters’ services all around the world. The platform is designed in a way to introduce many beneficial features for the clients and the interpreters as well. Hereafter, a short list of some of those features:

●     A built-in payment mechanism based on transactions maintained on blockchain is securing the whole functioning of the system without request of third party participation.
●     An integrated rating system solves one of the main issues faced by the clients while searching an interpreter connected with a massive amount of unprofessional workers having insufficient knowledge in different fields of translation.
●     A CRM system for interpreters assigning incoming orders in an optimal way, ensuring the quality of translations and motivating interpreters to work harder and better.
●     Apart of the mobile application the team is developing a web-application to enable a convenient access to the system in any life situation.
This is only a smart part of all exciting features available to all users. More information about the platform itself can be found in the project’s White Paper. 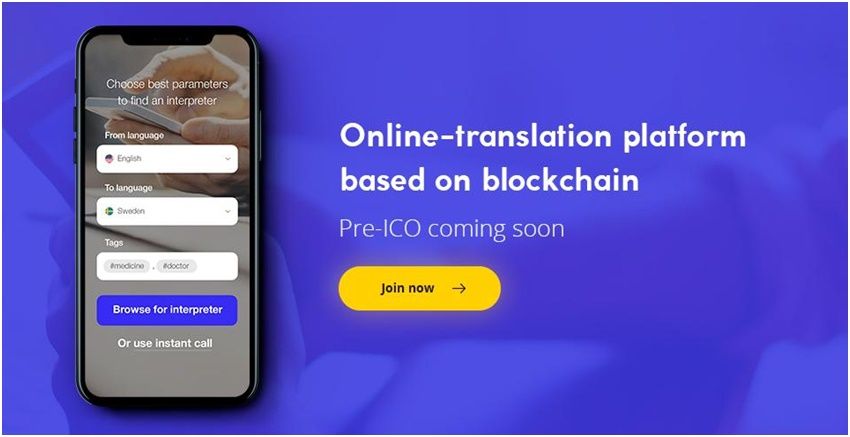 During the ICO campaign the founders are planning to sell a total of 86 million LGP tokens, they are also setting an aim to raise over 1 million US dollars which will be spent on the development of the platform itself, marketing campaigns and recruitment of additional staff. The founders also have envisaged a 50% bonus for all early investors, which will contribute their money during the pre-sale campaign, which meanwhile starts on the 28th of September. All unsold tokens will be burned.

After the launch of the platform LPG tokens will be used by the client for payment for services provided by the interpreters. The deals will be secured by smart-contracts, which will automatically arrange due performance of it, also after successful closure of the contract the system will burn 5% of tokens as a commission, which is significantly smaller than the average commission on the current market. After several years, in case of insufficiency of tokens the system will generate new tokens which will be sold through the exchange market, 80% of the profit from that crowdsale would be distributed proportionally between the users, the rest of 20% would be spent on improvement of the system, equipment and for employment of additional staff.

The founders expect that due to their competitive advantages, an absolutely new method of providing interpreting services and a well explained financial model they will be able to occupy a significant part of the market. For instance, over-the-phone interpreting services generates more than 1.713 billion US dollars per year. The founders expect that due to a significant demand for affordable and always available demand interpreting services they will be able to conquer by the end of 2020 more than 20% of the market share, or $342 million per year. The introduction of the first universal solution providing instant and qualified translation services for fair prices on the market explains the probable actuality of those figures.

We would like to remember that a 50% bonus on your investments is available during the Pre-sale campaign, so don’t miss your chance. To find out more information about LangPie visit  https://langpie.io/. Further information and community sites on   Medium, Bitcointalk,  Twitter, Telegram and Facebook.

Coinidol's team searched for information about the LangPie project on Google and found suspicion from users that it could be a scam.

Coinidol didn't carry out in-depth research of the project to prove or disprove this fact. But we have asked the CEO of LangPie, Cedric Hung, to comment on the main questions of the community.

He responded to Coinidol about the accusations of being a scam project:

“Well, first of all, we would like to underline that nearly all accusations in the article are unsubstantiated, and in the most concerning the one about the scam nature of our project.

Let me explain in details:

·    About the publications in the mass media it is absolutely ridiculous, due to some evident rules of the market - PRs and Articles are paid (even on your web-site), but take a look at all projects, for example at KICKICO, there is a section on their web-site called “Media loves us!” where all mentioned articles are sponsored, moreover, some of them are posted on the official pages of their CEO Anti Danilevski as like the one in the Forbes Magazine, then why nobody says that KICKICO is a scam?

·    About the situation with the first developer thanks to whom this article was written: Anastasia (our project manager who previously contacted you requiring for advertisement) as we were searching for a smart-contract developer - contacted the mentioned person. At first he agreed with the terms, and we have added information about him on our web-site, but several days later he wrote to Anastasiya that he withheld his consent. Then, we bade him farewell and replaced him by an another more qualified developer. So, the whole situation was just a result of a misunderstanding, which is now inflated by the blockexplorer’s author.

·    About platform development. For instance, our blockchain development is aimed at the elaboration of the smart-contract not only for the ICO-round but also for the whole functioning of the platform in future. But at the same time we are searching for developers who will maintain further development of the platform. Moreover, it is all conforming to our White Paper and we have mentioned in the Road Map that the development of the MVP which will at first be server-based (backend) will be launched after the ICO-round, and only after successful tests showing stable results it will be powered by blockchain. You are able to check it in our White Paper.

So, I would like to emphasize and underline that we are not misinforming anyone, we are a small startup with a promising aim that we are dreaming to realize and help everyone to deal with their language constraints. Concerning the article, we consider it unfounded."