Crypto Newbie: What Is Bitcoin and How Exactly Does It Work? 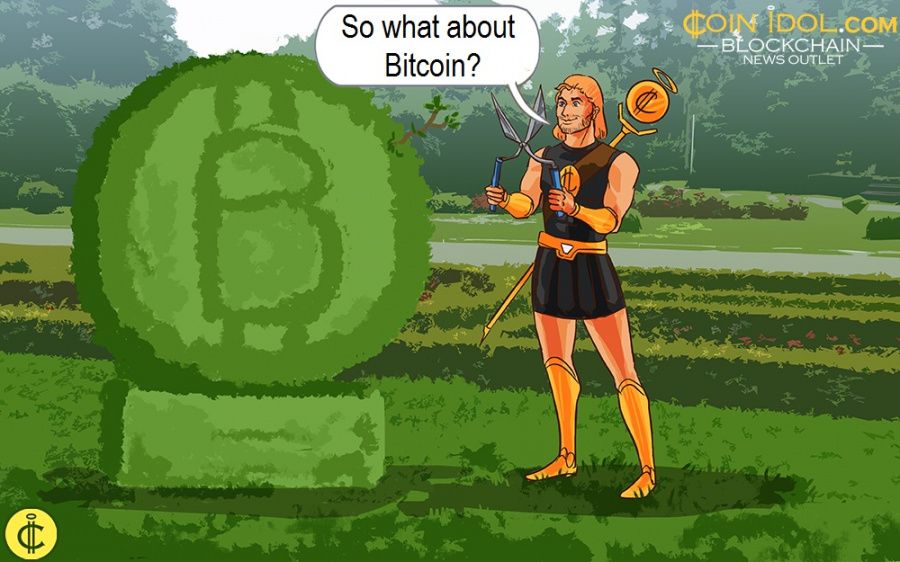 Today, it is very difficult to find at least a single person in this wild world that hasn't heard of Bitcoin. Nevertheless, there are not many people who actually realize what this coin is.

When talking about Bitcoin, an ordinary person would find more questions than answers, for most answers are targeted at tech nerds and written in their language. Therefore, they might seem a sort of foreign language for ordinary folks.

So, what is Bitcoin? It is a currency. A digital one. Therefore, just like any other currency, it can be used for buying and paying for things. However, as it turns out, only few people actually use it as money. Why? Because its price is too volatile. For instance, back in 2010, an american guy bought 2 pizzas for 10,000, which was called “the most expensive pizza in history”. Well, if you look at the current price of bitcoin, it is quite easy to realize why.

The difference from traditional banking

Despite BTC being more often used for storing value instead of actually paying for something, it is still a currency. The first decentralized currency that does not need banks, monetary funds, etc. In fact, this was the main goal Bitcoin was created for - to avoid intermediaries and mind-blowing bureaucracy of dealing with traditional banks. That is probably why banks are so cautious about it, they are not happy with having such a competitor.

Really, to create an account for Bitcoin, all you need is to register on a chosen platform providing digital wallets. Or you may buy a hardware wallet which might become a physical container for your digital money. Despite many wallet providers and cryptocurrency exchanges now asking for some additional documents and data to comply with AML and KYC rules of some country, it is still easier than dealing with banks.

Besides, bitcoin can reach where ordinary banks can’t. That is why many developing countries with a high number of unbanked or underbanked citizens show increased interest in BTC. For instance, the citizens of the Philippines have even invented a special term Rebittance denoting Bitcoin remittance. Africans are also highly interested in BTC as it allows for their inclusion into the international financial system.

Another goal Bitcoin was created with was its anonymity. No one is able to access your account or track your transactions except for yourself. Or, rather, anybody can track your transactions due to the transparency of the bitcoin network called blockchain, but no one would be able to say these transactions belong to you. For all they can have is the address of a digital wallet, while the access to the owner’s data is granted by only the private key.

So, if you want to keep your BTC savings safe, you should not lose your private key. For it can give you hard times, just like in the case of the Canadian exchange Quadriga CX. Its owner had passed away unexpectedly and seemed to take all private keys to the exchange’s cold storage with him to the afterlife. At least, no one was able to find them, which prevented hundreds of people from getting their money. To cut a long story short, private keys are important.

But if you make private keys safe and ensure they are not lost, you can keep yourself fully anonymous. Probably the best proof of blockchain anonymity is the personality of the father of Bitcoin, Satoshi Nakamoto. Back in 2009, he developed and launched Bitcoin, made a couple of transactions and vanished, leaving the community puzzled. The majority, however, believes it was more than a single person. But as of now, we can only guess.

Therefore, some believe Bitcoin is synonymous to freedom. While you are anonymous, you can’t be traced, meaning you are actually free. Unfortunately, freedom comes with a cost. Bitcoin’s anonymity is a safe haven for those who pursue illegal purposes. BTC makes it easier to get away with money laundering, terrorism financing and other illegal activities. That is why most countries are trying to regulate the industry, and even the adepts of full decentralization realize reasonable regulations are necessary.

How to get Bitcoins?

Just like any other kind of money, Bitcoin can be earned. In fact, many platforms offer freelancers salaries in bitcoin. But if ordinary, paper money comes out of a printer in a country’s Reserve Fund, where does Bitcoin come from? Who prints digital currency? No one, in fact.

Bitcoin can not be printed or generated in any physical form (naturally, for it is entirely digital). It is initially generated through a process called mining. In simple words, the process can be explained as solving mathematical tasks using computing power. When a task is solved, a computer or a group of computers gets a reward in the form of a block. The initial reward composed 50 BTC in a block.

However, Satoshi Nakamoto programmed the coin’s network so that the reward reduces by half after each 210,000 blocks are mined. The process is called halving. Currently, the system has gone through three halvings. The latest one took place on May 11, having reduced the reward to 6,25 BTC in a block.

Such an arrangement makes the supply of Bitcoin finite. Thus, there can be only 21 million coins mined. After this number, the complexity of tasks will overcome the economic feasibility of mining, so the process will become lossmaking. For this reason Bitcoin is often compared to gold. First, both assets have finite supply. Second, both are generated through mining.

Besides, just like that of gold, bitcoin’s value is not backed by anything. While all global currencies are backed by gold, gold is only backed by its initial value and its finite supply. Bitcoin, in its turn. is not backed by any physical value. But its value is actually backed by something very stable and completely immutable. It is backed by the laws of mathematics. Alas, mathematics seems to be less valuable than gold, and that stipulates high price volatility of Bitcoin. Unlike the first cryptocurrency in history, the oldest money in history has a less volatile price.

Despite people still being little aware and therefore cautious about bitcoin, today attracts more and more attention, especially after the COVID-19 pandemic forced people to get isolated and seek for a digital alternative to fiat money, as well as new ways for making contactless transactions. However, bitcoin is actually much simpler than one can think. Not all of us understand the laws money works within, but it does not stop anyone from using it. So what can stop us from using Bitcoin then?