The Highs and Lows of Bitcoin and Blockchain in 2016 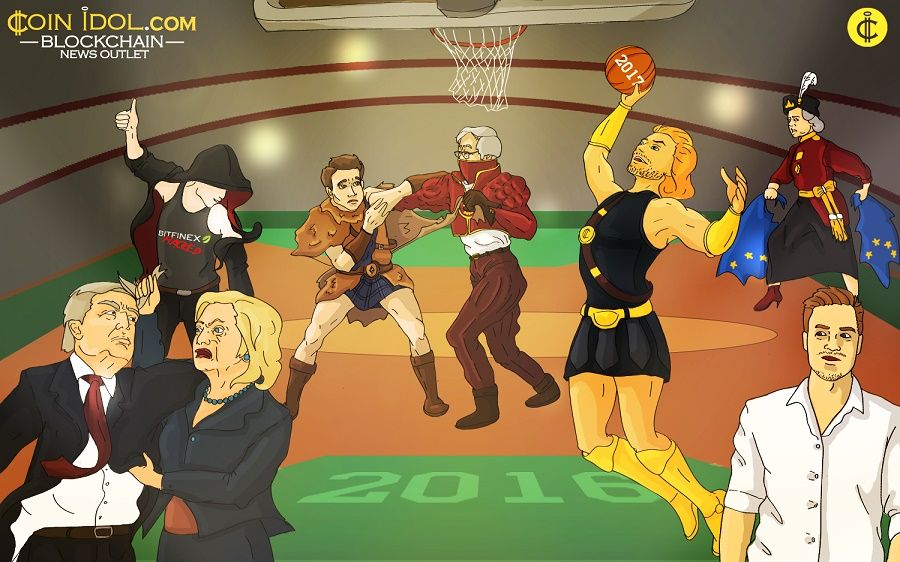 The year 2016 was another eventful one for bitcoin and blockchain. Aside from the ever-growing list of articles in the mainstream media predicting its demise, the technology experienced many high and low moments. The following is a list of the ones that stand out most.

Fourteen days into the year, Mike Hearn, a bitcoin core developer, flamboyantly quit. He wrote and published a long article on Medium declaring bitcoin a failed experiment. This was after he failed to convince the bitcoin community to support Bitcoin XT, his version of the core software meant to scale the network's capacity to process transactions.

The New York Times amplified Hearn’s message, and other mainstream media outlets, including The Guardian, Newsweek and the BBC joined in. As a result, bitcoin lost about 10% of its value.

On May 2, Craig Steven Wright—a 46-year-old Australian entrepreneur, computer expert, and academician—addressed a press conference in London and announced he was Satoshi Nakamoto, the founder of bitcoin.

Two respected figures in the bitcoin community wrote separate blogs posts to vouch for Wright. Jon Matonis, a co-founder of the Bitcoin Foundation, and Gavin Andresen, the first core developer to ever work with Nakamoto, both said they believed his claims.

They declared that Wright had invited them to London, where he signed a message in their presence using Satoshi’s known signature to prove he was indeed the face behind the pseudonym.

The claims didn’t stand the scrutiny of the community. After promising to offer more proof, Wright announced he wasn’t “strong enough” (words he used in a blog post that he has since deleted from his website) to go on with the process of verification, and he dropped his claim to be Satoshi.

As the year 2015 came to an end, Slock.it, a German blockchain startup, was putting its final touches on what would be the largest decentralized autonomous organization (DAO). The DAO was to be a virtual company that executed projects through smart contracts on the Ethereum blockchain.

On April 30, the team invited investors to put money in. By the end of the funding period on May 28, the DAO had raised $150 million. The DAO code turned out to have a hole in it. On June 14, someone took advantage of the hole and siphoned about $50 million worth of Ethereum currency, ether, to a child DAO, which he or she could cash out after 27 days.

The process to reverse this theft led to the next low. 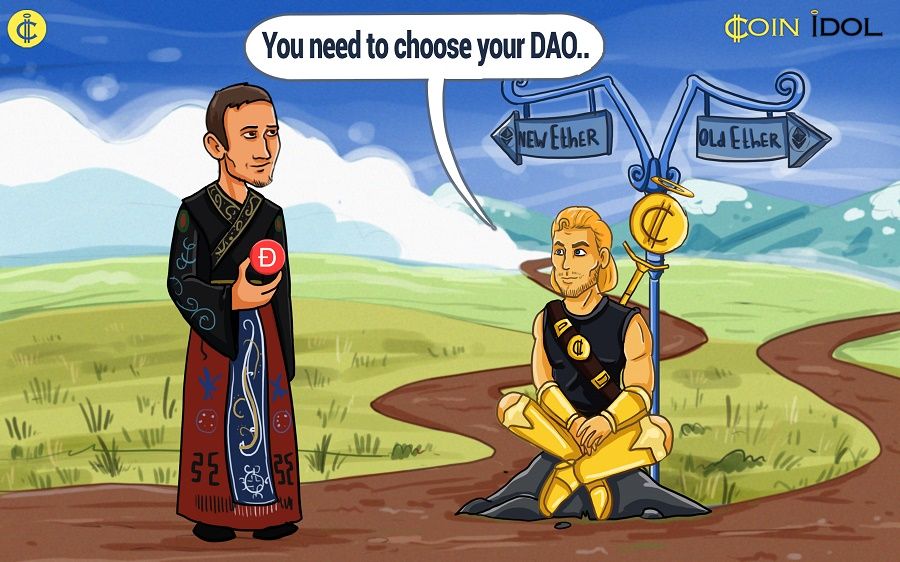 To recover the money stolen from the DAO, the Ethereum community reached a consensus to fork. They planned a network upgrade of the core software, which would invalidate the transaction that moved the funds to the child DAO.

On August 2, users learned of a major hack of Bitfinex’ servers. The Hong Kong-headquartered bitcoin exchange lost 120,000 bitcoins (worth about $70 million at the reigning exchange rate). The theft is second only in volume to that of Japan-based Mt. Gox in February 2014, where 744,408 BTC disappeared from the wallets of that exchange, forcing it to file for bankruptcy. Bitfinex, to its credit, created recovery right tokens, which it awarded to all those who lost money. The tokens give users the right to exchange them in return for repayment if funds are recovered in the future.

The Bitfinex hack made bitcoin lose about 30% of its value in the marketplace. 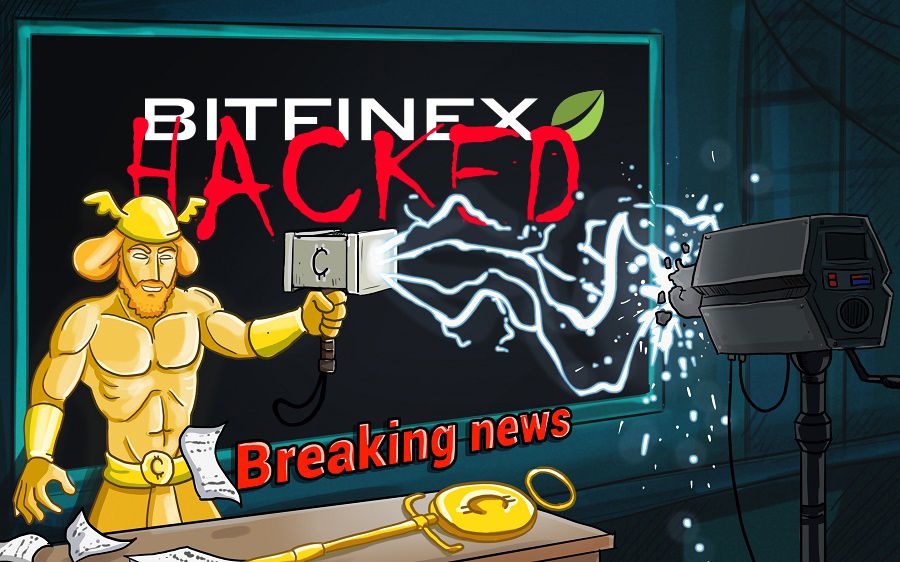 On November 18, the Internal Revenue Service (IRS) of the US government filed a civil petition in federal court demanding that Coinbase shares three years’ worth of customer records.

The legal team for the San Francisco-based bitcoin exchange protested the demands in court, but the court overruled it and instead granted the IRS its wishes in the first round of the case. If the IRS gets its way, it will open the door for the government to examine the financial records of hundreds of thousands of individuals.

At a February 21 meeting in Hong Kong, developers, entrepreneurs and miners agreed to a roadmap for scaling the bitcoin block size. This came after many months of heated community discussion on the best way to increase the capacity of the bitcoin network.

According to a statement signed by those present at the meeting, the first phase in scaling would involve the adoption of Segregated Witness (SegWit). SegWit involves creating more room in the network by removing signatures from the data that goes into the block. A hard fork to double the size of the block is slated to follow before the end of 2017.

On July 9, the second halving of the block reward took place. Miner rewards dropped from 25 bitcoins every 10 minutes to 12.5 bitcoins. The first halving happened in 2012, when the protocol cut the reward from 50 to 25 bitcoins.

Many bitcoin enthusiasts and experts attribute the rise of the price of bitcoin in the last half of 2016 to the reduction in the number of new bitcoins coming into circulation.

On October 28, a new digital currency joined the ranks of cryptocurrencies. Zcash promised new privacy and security solutions. Zcash uses zero-knowledge proofs, in which parties to a transaction don’t need to share any data to prove validity. This improves user privacy.

Unlike many new coins, Zcash had no initial coin offering (ICO). The first owners could only get them through mining. 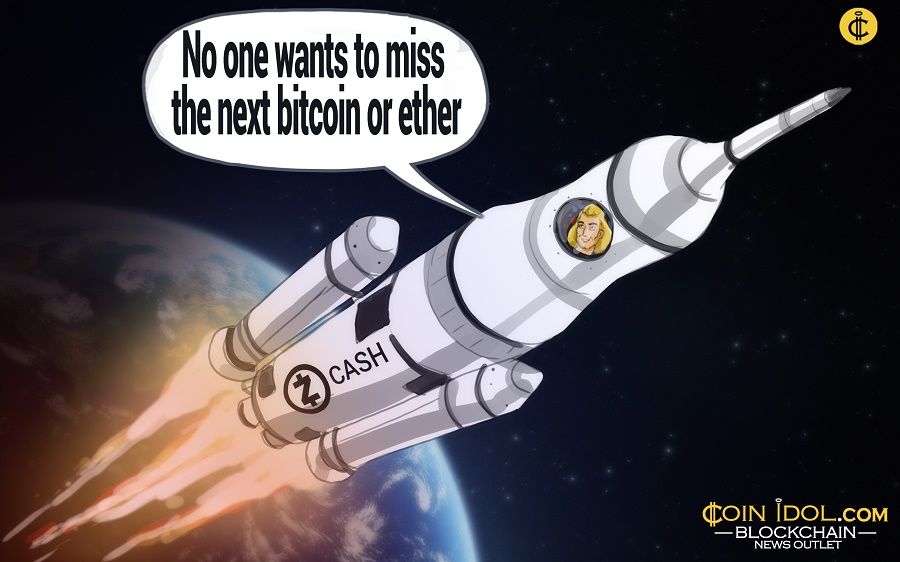 In March, Ned Scott and Dan Larimer released a white paper describing a blogging website that runs on the blockchain. The Steem platform has its own native currency with which content creators are paid.

Steemit officially launched in May. Those who post receive rewards depending on how many upvotes and comments they attract. The money to pay for content comes from coins mined on the Steem blockchain.

More than 60 major global financial institutions joined together in 2015 to form a consortium called R3. Since then, the consortium has been working on a blockchain for use by the institutions to improve efficiency and security in value transmission over the internet.

On April 5, R3 unveiled Corda, a platform designed to manage financial agreements between commercial banks. It is a toned-down version of distributed blockchain that gathers data for the unique needs of financial institutions. Nevertheless, its launch added to the growing credibility of blockchain technology.

The year started with the bitcoin price still struggling to recover from the free fall it experienced after its high of $1,147 in October 2014. Over the course of the year, the price climbed one of its steepest curves yet. It started the year at $434 and ended it at $964, a rise of over 100%.

Indeed, the Wall Street Journal declared bitcoin one of the best-performing assets of 2016.

Rupert Hackett is the general manager of Bitcoin.com.au and BuyaBitcoin.com.au. Rupert specializes in the digital currency and digital payment space and holds the world's first Master's degree in digital currencies. He writes for multiple bitcoin and tech websites and is an acting Board Director for the Australian Digital Currency Commerce Association (ADCCA)