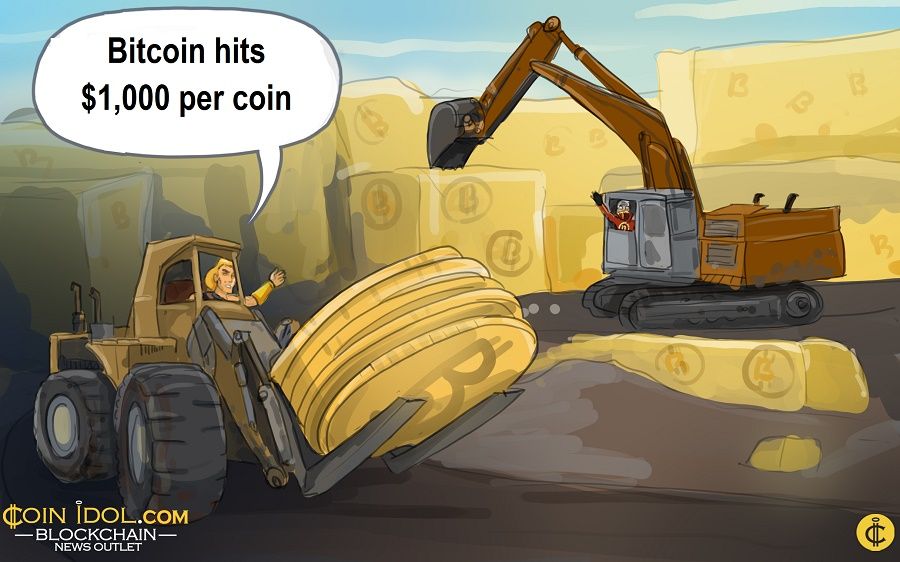 The year 2017 promises to be a really Happy New year for Bitcoin users, beginning with a sharp rise of the Bitcoin price to $1000.

For the second time in history Bitcoin’s price has risen above $1,000. A possible jump of the BTC price was first predicted in the beginning of December 2016, when Bitcoin’s price reached $800. Moreover, Saxo Bank’s 'Outrageous Predictions' for 2017 stated that the Bitcoin price may triple and rise up to the level of $2,100. 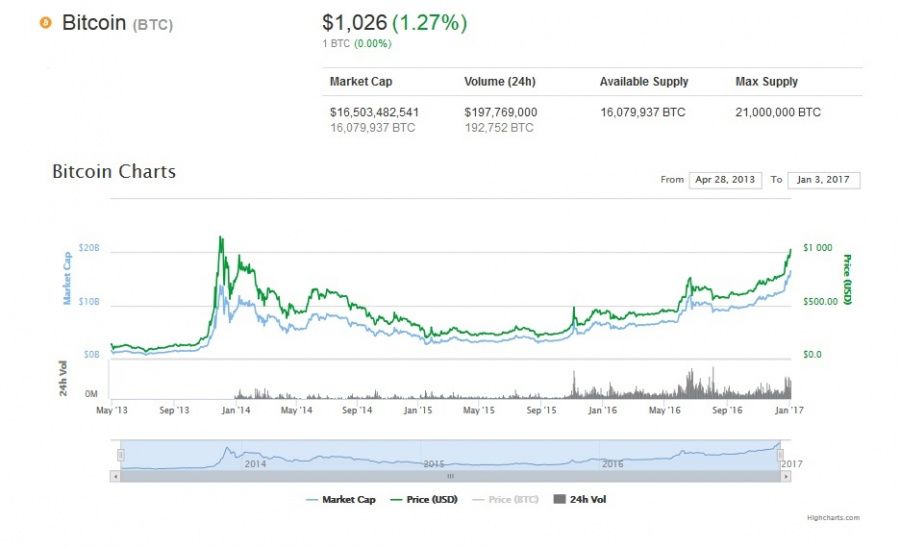 Bitcoin’s price reached such a high level for the first time in late November 2013,  soon after the arrest of Ross Ulbricht, the founder of the infamous Silk Road, in October 2013 when the BTC price faced a sharp decline to $80. However, such a huge jump in price in less than two months was caused by speculations of Mt.Gox bots and rapid popularization of cryptocurrency in China. The speculative nature of the bubble was too obvious, and it soon burst.

The situation we observe now is completely different. During 2016, Bitcoin grew slowly, same as the interest of investors in digital currency. Regulator attitudes towards the existence and use of cryptocurrency are becoming less negative, compared to previous years. While the economic situation in Latin American countries, India and China forces their citizens to search for alternative payment systems, like cryptocurrency.

A sharp rise is always followed by price corrections. However, in the long term, Bitcoin seems to be holding on tight to the uptrend this year.

Tags
Bitcoin price Bitcoin Price Cryptocurrency China Coinmarketcap Regulation Bubble Exchange
Most Popular
May 03, 2021 at 15:03
News
China Eyes February 2022 Beijing Olympics for Digital Yuan Launch but Is It Still Viable Amidst COVD-19 and Rising anti-China Movements?
May 03, 2021 at 14:17
News
Ethereum Rallies Above $3,000, Breaches More Resistance Levels
May 03, 2021 at 13:00
PR
Everything You Want to Know about Stellar, and Why it’s Getting Added to 1xBit
May 03, 2021 at 12:17
News
Bitcoin Reclaims $58,000 Support as Bulls and Bears Resume Price Tussle
May 02, 2021 at 11:54
News
South Korea Announces Testing of CBDC Right After Imposing a New Tax Framework; Is It a Coincidence?
More