2019 is the Golden Year for Blockchain Technology in Italy 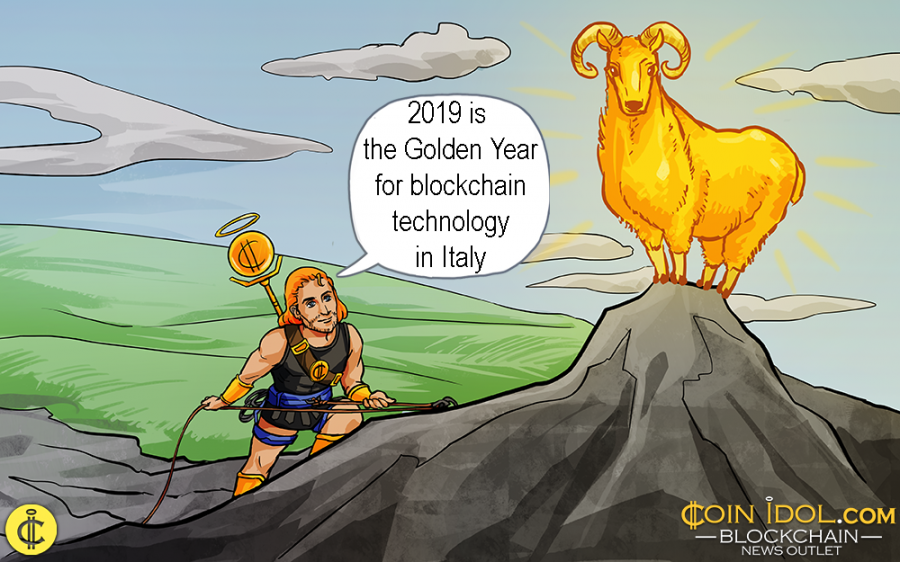 It appears that there is less or no doubt “blockchain” technology is now the leading word of the year 2019, thus, the government of Italy has come out to deeply study the strategy to support all initiatives specifically related to this field.

Italy has been ascertaining the impact of technology applied to finance (fintech), that got an amazing dock for several citizens in online investments. According to the Investingoal website, it has described itself as a reference for all those seeking for information on the current trends in the innovative economy, suggesting guides, charts and graphs of cryptoassets such as Bitcoin, Ripple and Ether are other important subjects for users who invest through online.

Cryptocurrencies use blockchain to differentiate themselves from fiat currencies flow, using innovative procedures and transfer modes. Generally, the features of this platform are revolutionary since it doesn’t depend on central control body and is based on a system where users themselves participate in confirming their real validity and authenticity.

Blockchain binds and welds the data contained in every kind of transition. No individual can disturb the blocks minus informing the other parties involved.

The technology has expressed potential in the past few years, to the extent of spreading far-flung into the Italian finance, Agrifood and insurance industry.

The government also started working on the project that will enable all its citizens inside and abroad to vote electronically: e-voting system.

The Ministry of Economic Development headed by Minister Luigi Di Maio, wants to identify the most operative way not to mislay technology innovation training and further equip citizens with the essential tools to adjust to a reality which will touch several sectors of the global economy in future.

One of the specialists selected by the Italian Government, Gian Luca Comandini, entrepreneur and teacher, revealed that:

"In recent years there has only been talk of bitcoins or digital currencies and little of the technology itself, but fortunately the situation is evolving, partly because the interest of private companies is addressed to blockchain in itself and not just to cryptocurrencies.”
"Italy must now focus primarily on a legal discipline that regulates the sector, secondly on training, so as not to risk setting up the technology legally and then not allowing it to be properly understood by the citizens ".

In Italy, however, it is believed that blockchain technology will help simplify processing of notarial data, as reported by Coinidol. Italy is among the top 5 countries in the world using blockchain and cryptocurrency.

Tags
Technology Italy Blockchain Government Strategy Initiatives Support Economy Cryptocurrency Training
Most Popular
Oct 04, 2022 at 09:16
Price
Litecoin Breaks Through Resistance At $54 And Sets Its Sights On The High At $64
Oct 03, 2022 at 16:13
Price
Ethereum Approaches Oversold Region And Targets The Low At $1,098
Oct 03, 2022 at 15:05
Price
Chainlink Price Declines Significantly As It Faces Rejection
Oct 03, 2022 at 14:51
Price
Weekly Cryptocurrency Analysis: Altcoins Struggle With Downward Corrections As Cryptocurrencies Approach Lower Price Levels
Oct 03, 2022 at 12:42
Price
Bitcoin Is In A Tight Range: A Breakout Or Collapse Is Imminent
More