Blockchain to Simplify Processing of Notarial Data in Italy 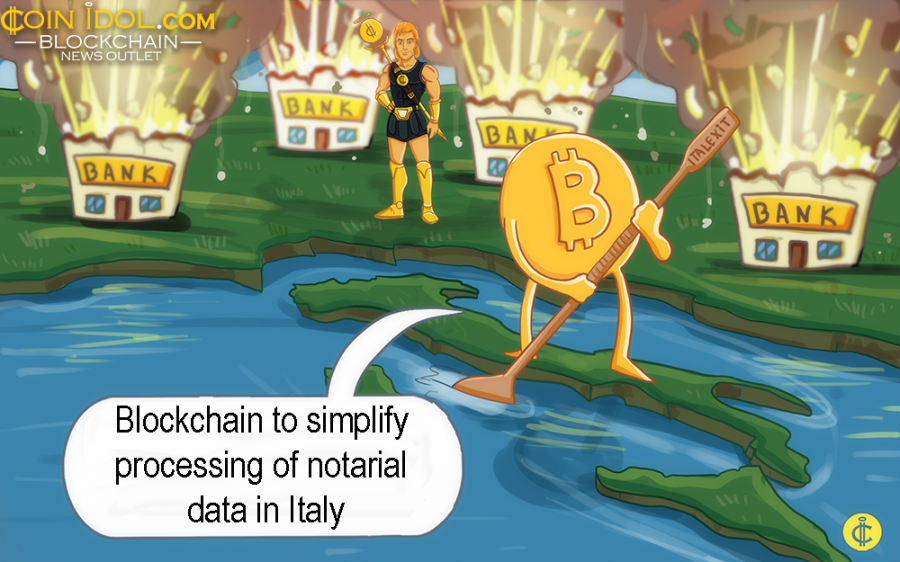 Blockchain has been steadily integrated into different aspects of everyday life. Now it is time for the fintech to go beyond its ordinary use cases and become a part of data processing in the legal system. Italy is one of the countries at the forefront of adopting innovative technologies.

The European Community has confirmed its intention to devote 400 million to the development of blockchain, meanwhile, the Italian government has described, in its latest decree, the view of distributed ledger technology in Italy’s legal system.

In Italy, notaries hold a sort of monopoly on acts that need to be legally validated. However, using blockchain-based platforms, it will be possible to bypass dealing with these notaries, saving time and, above all, money.

It’s interesting to notice that some notaries themselves offer alternative services in order to intercept new customers. They have developed a "private blockchain", a non-decentralized technology called "Notarchain”. The project was developed in a collaboration with IBM, which also developed the well-known Carrefour blockchain in global markets.

As per the report, over 2,800,000 records are registered in Italy every year. But only 6% are filed properly with the law. Since the documents that must necessarily be compiled by a notary extremely limited in number, it is clear that a digital notarization service is a highly attractive project because of its simplicity and inexpensiveness, for every private individual and for every company, in every sector.

In the first half of 2018, Italian notaries recorded 1,470,320 acts, while in 2017 there were 1,395,679. It means that the need for legal protection is obvious. Furthermore, notarial acts are required in many cases, including donations, contracts that transfer ownership of real estate, different kinds of banking contracts and so on. That means that an alternative notarization service on blockchain is of great interest for the representatives of a vast number of fields.

Even if all real estate documents, which should be discussed with a qualified professional, are excluded, there remain 1,650,000 acts currently stipulated by a notary which could benefit from a service based blockchain.