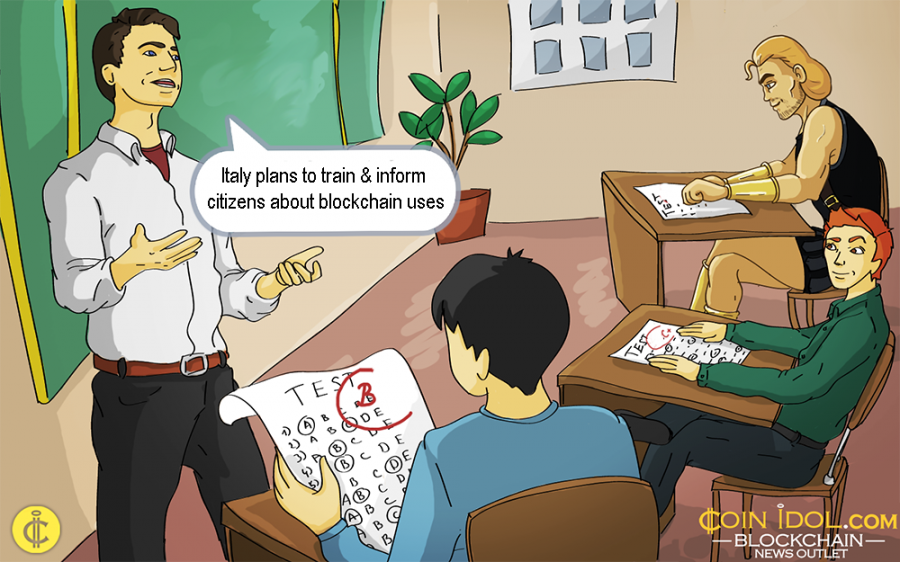 Besides insiders, very few people in Italy and globally understand what Blockchain technology is, according to research conducted by the GBBC – the Global Blockchain Business Council. That’s one of the reasons why Italy has invested heavily in the lucrative blockchain industry before other countries come in to compete. Also, this innovative technology is seeing a superb moment, with the government’s (MiSE) consideration to create a task force of high-level experts to create a national strategy.

It was found out that senior business and company executives have less knowledge about the distributed ledger technology (DLT). 63% of institutional investors who participated in the survey believe that senior executives have “poor” knowledge on DLT, 30% believe it is “average” and 7% described them as “good,” as reported by Coinidol.

The country is also considering starting up innovation themes training from the school desk in order to prepare and equip young people with skills and knowledge to compete favourably in the world of work. The task force will also have to get involved in Education, Skills and Lifelong Learning, as part of the key points to be tackled.

2019 is a Golden Moment for Blockchain

This year will likely be a defining moment for blockchain. As a matter of fact, after ages and decades, this is the first time that the governments, financial institutions, businesses, organizations and many professionals abundantly recognize the revolutionary side of this nascent technology.

Actually, now they are competing to see who will come up first with rules and regulations concerning this technology, and it looks like the public will comply with whichever regulation is created, accurate or not, provided it is useful.

Great nations such as Japan, France, and the U.S, have been very active for decades in the fields of blockchain, cryptocurrency, smart contracts, artificial intelligence and the internet of things. Further than the criticism of the Italian Legislation, what is more important now is that a significant step has been taken which could eventually yield fruits and see the country effectively use these technologies.

The government is looking for ways of informing over 60 million Italians about the benefits of blockchain and cryptocurrency, especially about how they can be used in their day-to-day lives and in their fields of work.

Is it possible that no parent is telling their children in high school and university that they are studying for the wrong jobs? In Italy, there are more than 250,000 lawyers, one for every 250 inhabitants, while in a similar way, big countries such as France and Germany have 60,000 and 160,000 respectively.

Being a lawyer or notary or accountant is no longer a secure job, possibly these professions will not even be in existence in 20 - 50 years. As an alternative, universities and schools should teach students to be multilingual, and make sure they learn and understand other language codes like in computer science, to be internationally competitive and actually have the potential to meet challenges in the labour market which are evolving at high rates.
That’s why Italy is part of the European Blockchain Partnership, and also took a step to sign a declaration on the development of blockchain in the MED7 – (Italy, France, Spain, Portugal, Greece, Malta, Cyprus), to guarantee that "citizens fully understand the potential of emerging technologies and thus promote and encourage training programs on these technologies at all levels."