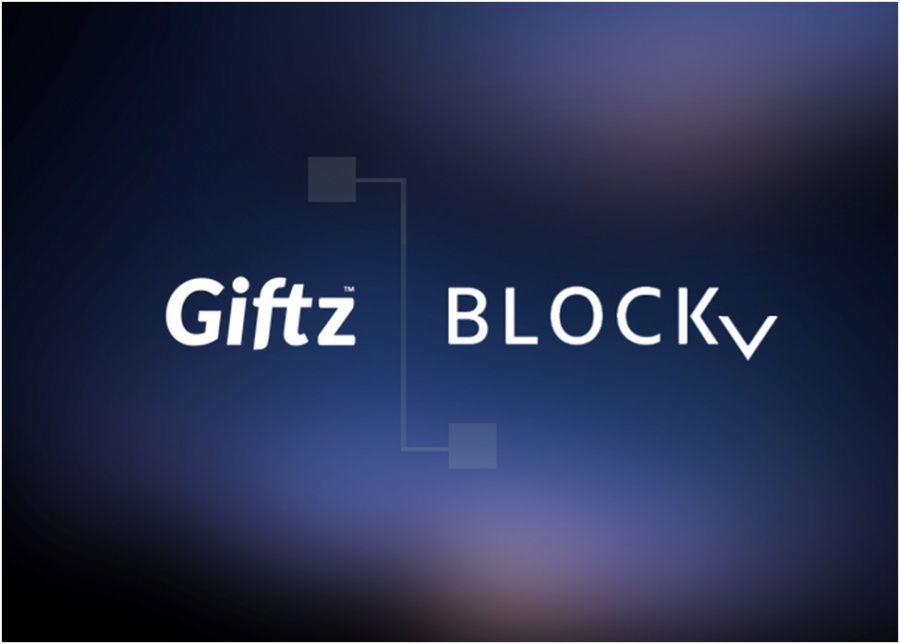 Giftz.io is bringing loyalty and rewards programs to the blockchain

Giftz.io is bringing loyalty and rewards programs to the blockchain. By using blockchain technology like smart contracts, they are able to not only attract new customers from the crypto sphere, but also disrupt the current rewards based systems in the real world. They are able to do so, by enabling a universal rewards currency (token) that can be used across brands. Merchants can give away the same token called itCoin Silver, itCoin Gold and itCoin Black (the public token). Merchants can give away these rewards tokens branded in their name. The customer is able to collect itCoin and use to top up his/her Giftz Loyalty Card (Visa Cash). Shoppers can redeem their itCoin at any business that accepts Visa. A Starbucks card used only for Starbucks and United Airline miles card used only by United. With the Giftz Program, customers can earn the same rewards anywhere. Giftz offers a cost-effective solution for merchants, which should allow a quick growth of the places crypto-community can use their card.

Blockv is a crypto company that has already ended their ICO campaign by successfully raising 72,000 ETH. Blockv is building a much needed dynamic interface layer to blockchain that includes augmented reality (AR).

Together, they want customers to “find cash rewards, not Pokémon”. By using Blockv AR technology, the Giftz loyalty app will be enhanced, so that users will be incentivized to visit different shops in which they will be able to locate and collect token rewards.

Together with this partnership, Giftz CEO John Paukulis also announced a super 10 days bonus event for the holidays, ending with an airdrop on the 25th of December! 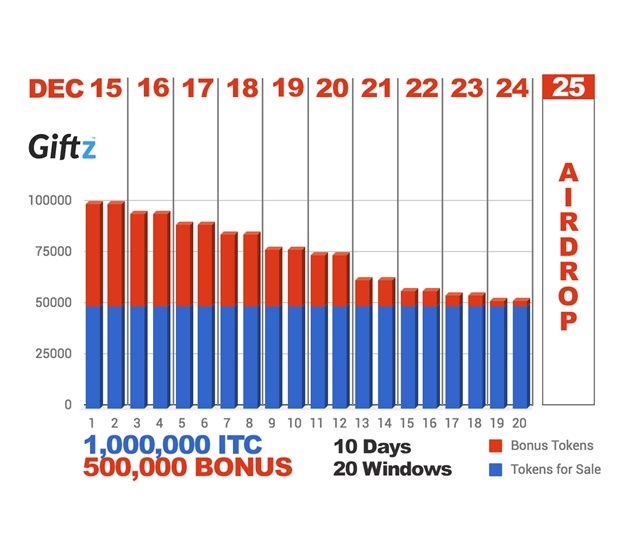 As the graph shows, bonus tokens will gradually decrease during their 10-day sale period. The initial days have the biggest rewards - the first window opens on the 15th of December. Don’t miss out on the great gifts that Giftz is providing, join now!

It is also needed to be noted, that the Giftz founders are no youngsters that try to raise money only to validate their idea. They have given away millions of dollars in rewards to their multi-site customer base of over 400,000 users since 2010. They have already been chosen as the top 10 ICOs to watch in 2018 by Inc. Magazine.

Those two new announcements will surely increase the interest in the Giftz ICO, so don’t miss your chance to participate and grab the major bonus!