France to Accept Bitcoin With the Help of Their New President? 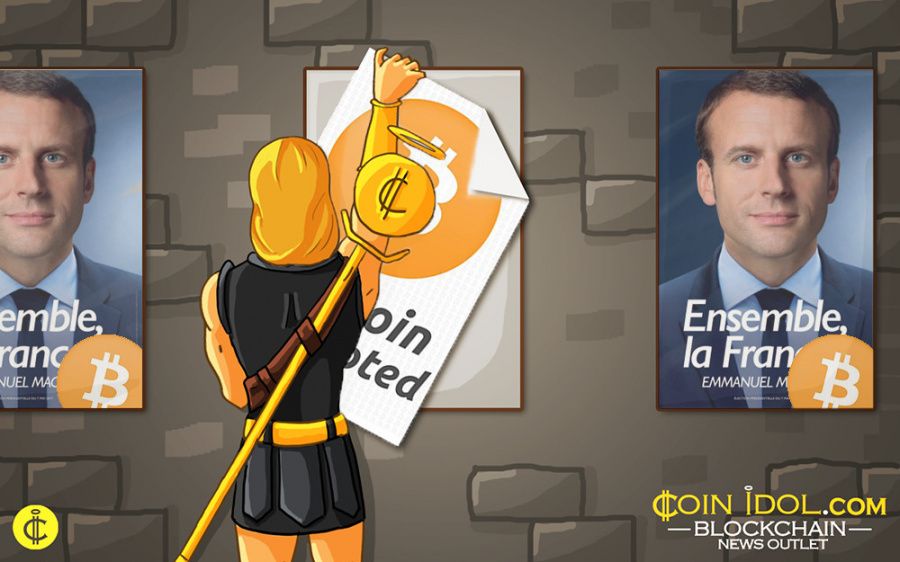 The picture of France’s newly-elected President Emmanuel Macron with a Ledger Blue bitcoin hardware wallet has spread all over the Internet, giving crypto enthusiasts hope he will help cryptocurrency promotion in the country. But is it really so?

A single source that might shed some light on Macron’s attitude to Bitcoin and blockchain is an article at Blockchainfrance.net. It was roughly translated and then published at News.bitcoin.com. Macron said:

“Financial regulation to allow experimentation of blockchains dedicated to the market of Bonds…If the experimentation is conclusive, the government could extend it to unlisted securities in order to promote the emergence of a SME exchange.”

It is known that Macron supports a left-leaning ideology which doesn’t support any money at all. It is also known that he is supporting the EU’s attempts to create communal environments, which is quite contrary to the spirit of Bitcoin. So it seems quite unlikely that he will become an ardent supporter of cryptocurrency. On the other hand, who might know for sure?

Back in 2014, France had already tried to impose some regulations over Bitcoin in order to ensure transparency of the Bitcoin market. The regulations required Bitcoin companies to verify and identify every Bitcoin transaction in order to prevent money laundering and made Bitcoin itself subject to capital gains taxes.

Back then, Philippe Rodriguez, the President of the Association Bitcoin France, told Coindesk that “this is going in the right direction. Although we disagree on the verification on 'every transaction' of identity, we understand the principles.”

Despite the uncertainty of Marcon’s attitude towards Bitcoin, the French government is making some attempts to explore the possibilities of Blockchain. This is headed by France Stratégie, a commission that reports to the office of French Prime Minister Bernard Cazeneuve.

With the support of the French government, they have established a working group to investigate the practical use cases of blockchain that are being implemented in different industries, define the cost and benefits of developing blockchain-based applications for the public sector, and offer the government certain ways to support the technology development.

So, after all, we might see some significant findings for Bitcoin and blockchain enthusiasts in France and - who knows? - maybe even worldwide.

Tags
Bitcoin France Blockchain Adoption Government Support Cryptocurrency Technology Market Money
Most Popular
May 08, 2021 at 11:25
News
There is Fire in the Cryptocurrency Market As Dogecoin Could Be the Next Big Thing
May 08, 2021 at 10:26
News
Polkadot Attempts to Breach $40 Resistance, Lacks Buyers at Higher Price Levels
May 08, 2021 at 09:39
News
Ethereum Continues Its Bullish Run As It Attempts to Jump Over $3,750 High
May 07, 2021 at 12:43
News
Ripple Faces Stiff Resistance at $1.70 High as Bears Attempt to Sink XRP to $1.00 Low
May 07, 2021 at 10:39
News
Revolut Users Will Gain Stronger Control of Their Bitcoins with New Withdrawal Feature
More