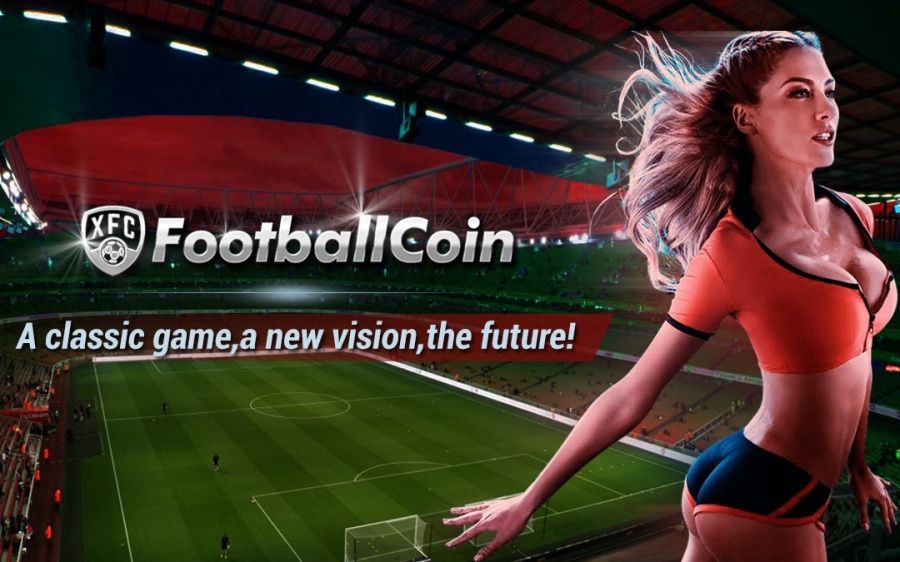 March 31, 2017, British Virgin Islands – FootballCoin, a cryptocurrency fueled football fantasy sports game has announced the soft launch of its platform. The soft launch will make the exciting platform available to the public in its beta form, marking the completion of its closed beta.

The blockchain-based Football Manager game allows players to create their own football team, manage the player roster and participate in competitions. The use of Bitcoin blockchain and Counterparty platform, with its own FootballCoin cryptocurrency (XFCCOIN), creates a perfect in-game economy with plenty of transparency. It also allows users (managers) to purchase and own collectible player cards and stadium cards. These cards offer a lot of benefits to the managers, and it also doubles as digital assets that can be stored and traded with others.

FootballCoin is the first blockchain-based football fantasy game. An initiative of Crowngem Limited, the FootballCoin project is entirely funded by the company and its representatives. The project has partnered with Sportradar, Perform Group and other leading sports and football statistics providers to keep the game as realistic as possible, which in turn makes the whole gameplay even more fascinating. The actual player and game statistics, supported leagues, and ownership of game assets make managing a virtual fantasy team on FootballCoin as challenging and exciting as a real team. At soft launch, the game covers the English, Spanish and Italian main leagues, which will be further extended in August following the start of new football season and the project’s global launch. New additions to the list of supported leagues will include major leagues of France, Germany and UEFA Champions League. The platform will also include more options based on the interests and requests received from the growing community.

The company is on a mission to connect the growing fantasy sports industry to the cryptocurrency ecosystem, offering the benefits of Bitcoin and blockchain technology to the masses. With its initiative, FootballCoin will drive cryptocurrency adoption among thousands of players. In order to ensure profitability for all participants, the platform has issued a limited supply of 1 billion XFCCOIN tokens on Counterparty platform. The finite number of tokens will drive the value of FootballCoin’s in-game cards and currency with growing participation. The use of XFCCOIN is not just confined to the game, and it can also be transferred, exchanged and traded for fiat, Bitcoin, and other altcoins. The President of FootballCoin, Octavian Batca said,

“The originality of the FootballCoin project lies in the fact that we took elements from popular games like Daily Fantasy Sports, Football Manager, and collectible card games to combine them with a new unique concept and a new platform to show the world the huge potential of the Bitcoin blockchain and crypto-technologies.”

The XFCCOIN dependent in-game economy, allows users to pay for entering the contests and purchasing blockchain-based football Player cards and Stadium cards with the cryptocurrency. Soon, cryptocurrency investors, players and fantasy e-sports enthusiasts can buy XFCCOIN with BTC at a discounted price during the pre-sale. The platform will also make the crypto-tokens available on some of the leading cryptocurrency exchanges and official game stores. The prizes, bonuses and bounty programs on FootballCoin will also provide an additional option to gain XFCCOIN tokens.

Gaming enthusiasts, cryptocurrency community members, and individuals can now become part of the gaming revolution by taking part in the FootballCoin public beta and XFCCOIN crowdsale.

FootballCoin is the source of this content. This press release is for informational purposes only and should not be viewed as an endorsement by CoinIdol. We take no responsibility and give no guarantees, warranties or representations, implied or otherwise, for the content or accuracy.  Readers should do their own research before investing funds in any company.