FootballCoin Announces the ICO of its XFC Cryptocurrency 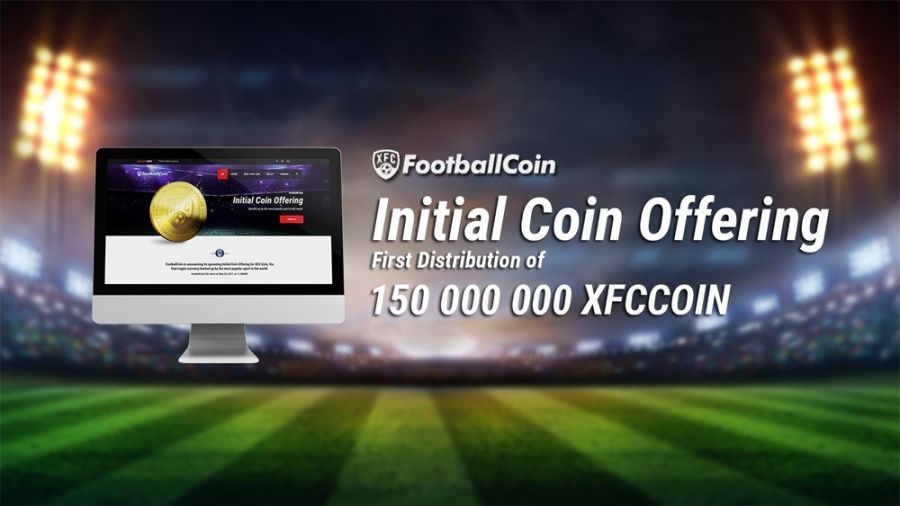 May 30, 2017, British Virgin Islands – The cryptocurrency powered football fantasy game, FootballCoin has announced the launch its much awaited ICO. The 30 day-long ICO that began on May 24, 2017, provides gamers, football fans, investors and cryptocurrency community members an opportunity to purchase XFC Coin – the first cryptocurrency to be backed by the most popular sport in the world.

During the ongoing ICO, FootballCoin is offering a total of 150,000,000 XFC Coin tokens (XFCCOIN) on sale, with attractive early bird and discount offers. The football fantasy game platform has fixed the base price at 0.012 BTC per 1000 XFCCOIN (1 XFCCOIN = 1200 Satoshi) with applicable discounts based on purchase volumes. Investors buying a bulk of XFCCOIN stand to benefit from greater discounts.

The FootballCoin ICO follows a “first come, first serve” model, offering an attractive opportunity for early participants to lay their hands on some of the limited assets like player cards and stadium cards that are part of the crowdsale. The limited opportunity makes it even more rewarding to participate in the ICO as soon as possible. People can use FootballCoin wallet or any “Counterwallet” (Counterparty, Coindaddy, Idiesquare, etc.) to purchase the XFCCOIN from swapbot.

The FootballCoin platform has already handled over 50,000 teams across 1000+ competitions. Along with the ongoing ICO, the platform is currently running three leagues, which makes it stand apart from other conventional blockchain and cryptocurrency projects that opt for an ICO. Unlike them, FootballCoin already has a fully functional product, and the ICO will drive its inbuilt XFC based economy.

The FootballCoin team has innovated on the most popular game in the world by using the technology offered by Bitcoin blockchain. The product introduces the benefits provided by blockchain technology and cryptocurrencies to the players of Football Manager and fantasy league games, collectors of football cards and other collectibles, and millions of football/soccer fans in the world. In addition, the use of blockchain technology makes it possible for FootballCoin to offer a certain degree of anonymity as well as complete ownership over game assets to its players.

The President of FootballCoin, Octavian Batca explaining the uniqueness of the platform has said,

“The originality of the FootballCoin project lies in the fact that we took elements from popular games like Daily Fantasy Sports, Football Manager, and collectible card games to combine them with a new unique concept and a new platform to show the world the huge potential of the Bitcoin blockchain and crypto-technologies.”

FootballCoin has set its eyes on becoming the most revolutionary project of 2017 in the cryptosphere, encouraging widespread adoption of cryptocurrency technology among the masses. In order to offer the most realistic experience, FootballCoin has partnered with some of the world’s leading sports data, image, news and video content rights owners and suppliers like Sportradar and Omnisport-Perform Group.

FootballCoin is the source of this content. This press release is for informational purposes only and should not be viewed as an endorsement by CoinIdol. We take no responsibility and give no guarantees, warranties or representations, implied or otherwise, for the content or accuracy.  Readers should do their own research before investing funds in any company.