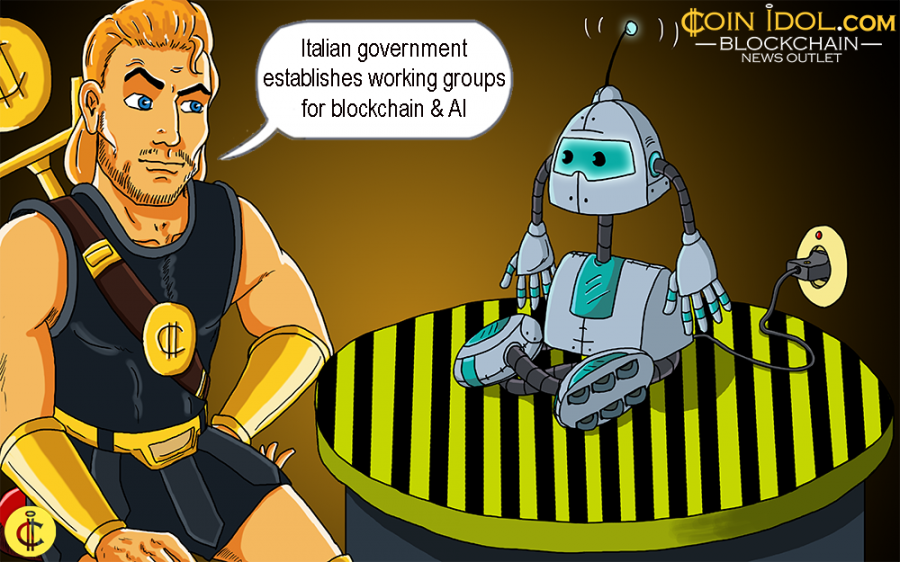 The Ministry of Economic Development checked the establishment of two meetings of groups of experts devoted to the field of Artificial Intelligence (AI) and Blockchain. The meetings held at Tapestry Hall were officially chaired by Patricia Cervantes, the undersecretary for economic development responsible for industry, being assisted by Minister Luigi Di Maio and Daniel Bachman.

All meetings are focusing on outlining the goals, agenda and good working methods of creating national strategies such that they can be sent to the European Commission.

"Italy aims to have a pioneering role in Europe on strategic areas such as artificial intelligence and technology blockchain. Our contribution, cultural and scientific point of view, it can be really decisive. We will put to the service of that goal our resources, energies, expertise and best minds. This, however, is the sense of the working groups,” Mr Cioffi revealed.

The AI working group will aim at improving research to bring AI from the lab to the marketplace, on the modes for the launching of the womb-to-tomb learning and education initiatives for attracting qualified investment and the strengthening of public services and creating a legal framework and ethical guidelines for the phenomenon.

The features of blockchain will be at the center of the Working Group on distributed ledger technology (DLT), which will further define the role of Italy in the European scenario and worldwide and track the experiences of Italy in both the public and private sectors.

The working group will work towards creating a framework in order to make a pure environment for research & trials of blockchain and all its potential uses across the globe. The group will also identify the strategic places and use cases plus all possible ways of usage for certification & safeguarding of “Made in Italy.”

"Europe needs to have a unified approach and compact if he wants to assert herself effectively and alternative to Giants USA and China. Italy will sit at round table with other countries in the Union and make their voices heard. Reports should be frank and direct. We were the first Claire, formally support-AI, which stems from the desire of researchers of European universities of confederacy to create a European Lab for AI modelled on the CERN,” Cioffi said.

“We are hoping to host this workshop and to become a reference point for these technologies, with a specific focus: putting man at the Center, the citizen rights. The real challenge is making sure that the development of technological innovation produces economic value at the expense but in the service of the worker. This is the alternate contribution that Italy, with Europe, can give the global game," he added.

Tags
Blockchain AI Italy Government Development Industry Service Research Europe
Most Popular
Nov 21, 2022 at 14:00
News
Creditors of the FTX Exchange May Wait for Decades Before Getting Their Money Back
Nov 21, 2022 at 12:52
Price
Weekly Analysis of the Cryptocurrency Market: Altcoins Consolidate as They Revisit the Bottom Price Levels
Nov 21, 2022 at 11:58
Price
Bitcoin Hovers above the $16,000 Support as Sellers Threaten to Short
Nov 20, 2022 at 11:11
Price
Chainlink Hovers above $6.00 as Bears Target the $5.77 Low
Nov 20, 2022 at 09:49
Price
Dogecoin Consolidates Above $0.08 as Buyers and Sellers Reach Indecision
More