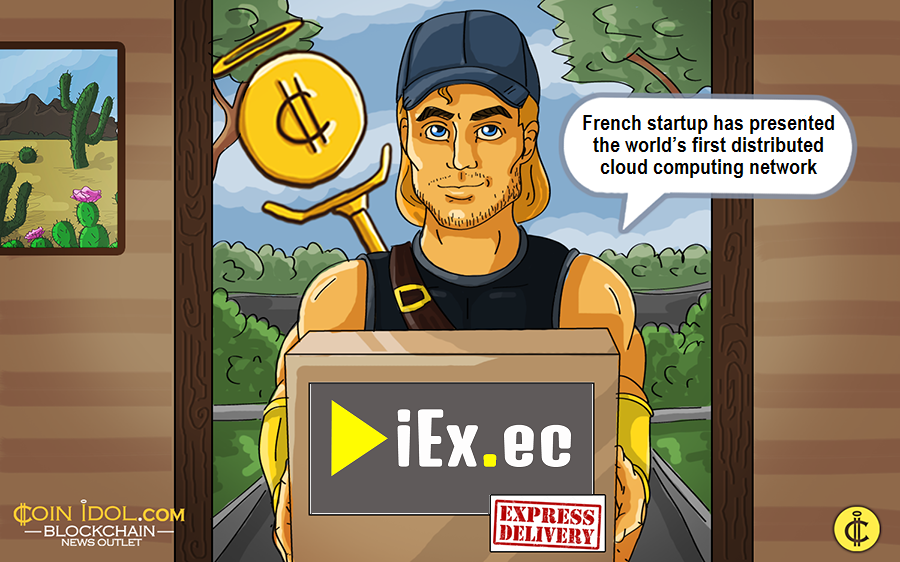 iEx.ec presented a working demo of the world’s first distributed cloud computing network at the European Ethereum Conference EDCON this week. The French startup, founded by Gilles Fedak Ph.D and Haiwu He, Ph.D, certified experts in distributed computing, aims to be first to market with a new technology that uses blockchain smart contracts to redesign cloud computing.

A Vision for the Future

Iex.ec is creating a distributed market network that it hopes will be home to a new generation of businesses. Internet of Things (IoT), Distributed Applications (DApps) and High Performance Computing (HPC) - commonly known as 'supercomputing' could all benefit from access to the iEx.ec distributed cloud. These types of businesses are resource intensive and current cloud environments are too costly, or simply unsuitable for distributed business models. The iEx.ec distributed cloud will create a native environment in which they can thrive, lowering costs through the sharing of resources such as computing power and enabling them to do business with on another.

iEx.ec’s demo features a mini DApp designed specifically to show its technology in actionUsing the DApp one can submit a transaction to the Ethereum blockchain and then execute computations live across a test network. The computation will return the user a ‘Vanity Address’ - a bespoke Bitcoin address - the creation of such addresses is computationally intense but iEx.ex reduces compute times significantly.

Whilst the practice of pooling computing resources together isn’t new, the addition of blockchain to marketize it is. The key to iEx.ec’s offering lies in its ‘Oracle’ developed specifically to manage seamless transactions between the blockchain and a global computing platform.

When launched the iEx.ec cloud will be an easy to use, pay-as-you-go, trustless system where the complexities of system management are automated via smart contracts.

The startup will shortly release its API and have further plans to provide a set of smart contracts templates for easy on-boarding into the new cloud.

iEx.ec is the combination two concepts that are at the core of decentralization: blockchain and distributed computing. Our team have produced numerous breakthrough innovations in the area of large scale data processing, data management, parallel computing, security and dependability, QoS, and many more.

By revealing for the first time the iEx.ec blockchain cloud, we are showing to the world that we are ready for a new era of distributed applications monetized on the Blockchain with the highest level of transparency, resiliency, and security. Gilles Fedak, CEO, iEx.ec
iEx.ec will be crowdfunding via an ICO in the spring and if successful they plan to roll out distributed services for DApps as early as the Autumn.