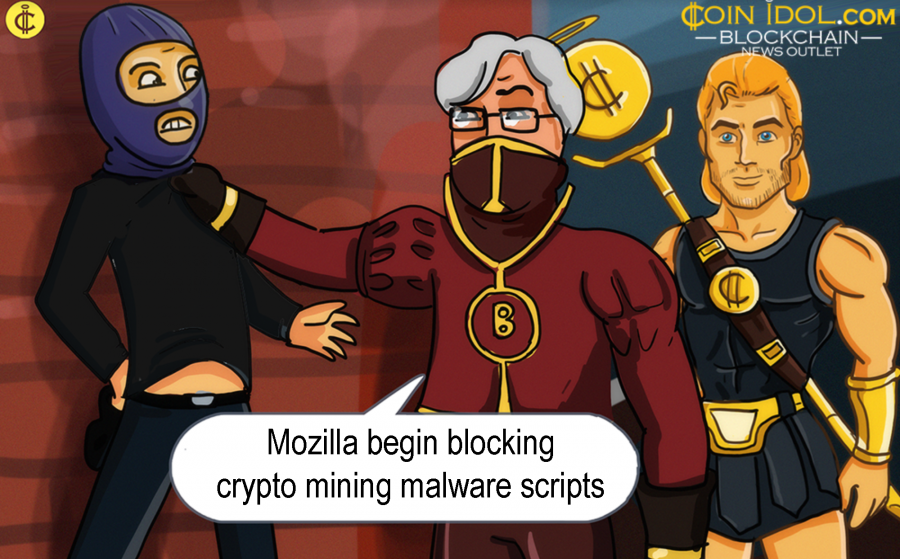 Mozilla Firefox users are more likely to observe cryptocurrency mining malware scripts blocked by default in upcoming releases of the improved web browser. Firefox is a free and open-source web browser developed by Mozilla Foundation and its subsidiary, Mozilla Corporation.

In a struggle to improve its performance and shield customers, the open-source web browser will, in the near future, begin automatically blocking all existing crypto mining malware scripts.

“Sites have deployed cryptomining scripts that silently mine cryptocurrencies on the user's device. Practices like these make the web a more hostile place to be. Future versions of Firefox will block these practices by default,” Mozilla vice president of product Nick Nguyen said in a blog post last week.

The Mozilla Nightly version will test the ability to perform these new features. And in case it is successful, users may start seeing them enabled in the Mozilla Firefox 63 release, Nick disclosed.

Trend Micro Incorporated, a global cybersecurity solutions provider noted that it had registered a 96 percent rise in crypto mining detections within the first six months of this year compared to all of last year and a 956 percent rise in detections versus the first six months of last year. According to the firm, cybercriminals are swerving from attention-snatching ransomware attacks to highly hush-hush ways such as in-browser cryptojacking.

Unlike programs damaged and infected with undesirable and unwelcomed crypto miners, in-browser cryptojacking doesn't need any obscure malware on the computer (PC) of the victim. The criminals use a malevolent JavaScript on their web pages, that secretly mines Cryptos each moment the user visits those web pages.

After prohibiting crypto mining web browser extensions from its Chrome Web Store in early 2018, Google put a ban on all crypto mining Apps from its Play Store in August. Nevertheless, it recently revealed that some of the prohibited Apps were still available on the Store.