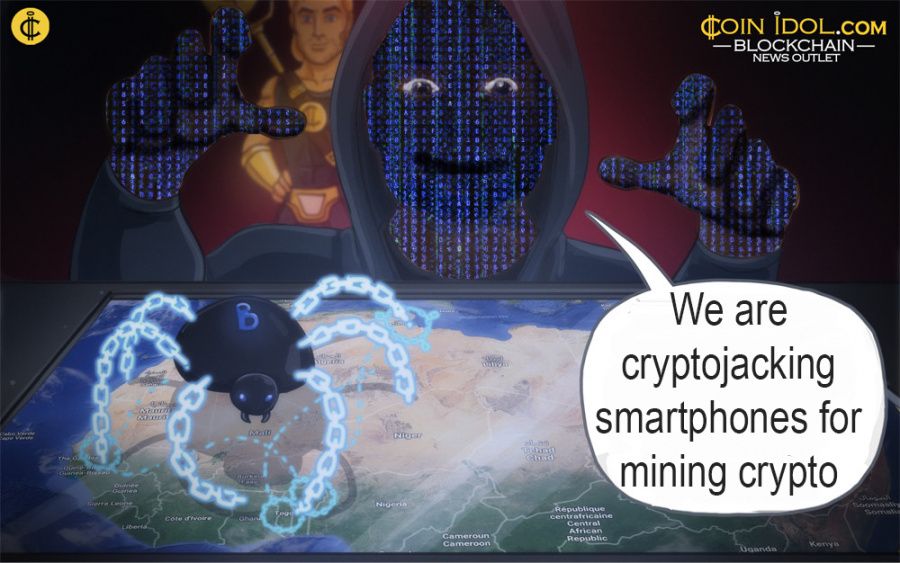 Recently, security experts found that hackers are currently mining for Cryptos with the help of smartphones. The Daily Mail on Wednesday, August 22, reported the increasing risk and pointed out the need to effectively protect and secure user's smartphones.

Even though mining for cryptos such as Bitcoin, Monero, Ethereum and other giant Cryptos may call for a significant investment in hardware and power, cryptojacking is a cheaper alternative. An information Technology expert from Wavestone, Gerome Billois, explained that to hijack an IoT device involves hacking an internet server and installing malware created to mine cryptos from the individual's smartphone or computer.

While the processing capacity on smartphones is less compared to that of desktop computers, there is a very high number of smartphones in the market. Smartphones, thus, provide greater significance to mine Cryptos when totaled.

“Recently, we have discovered that a version of the popular game Bug Smasher, installed from Google Play between one and five million times, has been secretly mining the cryptocurrency monero on users’ devices,” said researchers from the IT Security company ESET.

Smartphone cryptojacking is a rapidly-growing problem. Security experts at Kaspersky Lab said that there is a rising number of Apps that conceal Crypto mining programs.

Although usually, it may just decelerate smartphone functionality, ESET revealed that on certain Android devices, it could even cause the battery to "swell and bloat" and thus lead to physical damage to the whole smartphone. Several users are usually uninformed that their smartphone is under attack.

Generally, cryptojacking affects smartphones which operate using the Google Android O.S since Apple has largely built in walls to prevent attacks and are more strict on which Apps can be installed on iPhones.

Nevertheless, Google has become more stringent with their own Apps, emphasizing that developers of Apps mining Cryptos on its platform will no longer be allowed to put their products (Apps) on the Google Play Store.