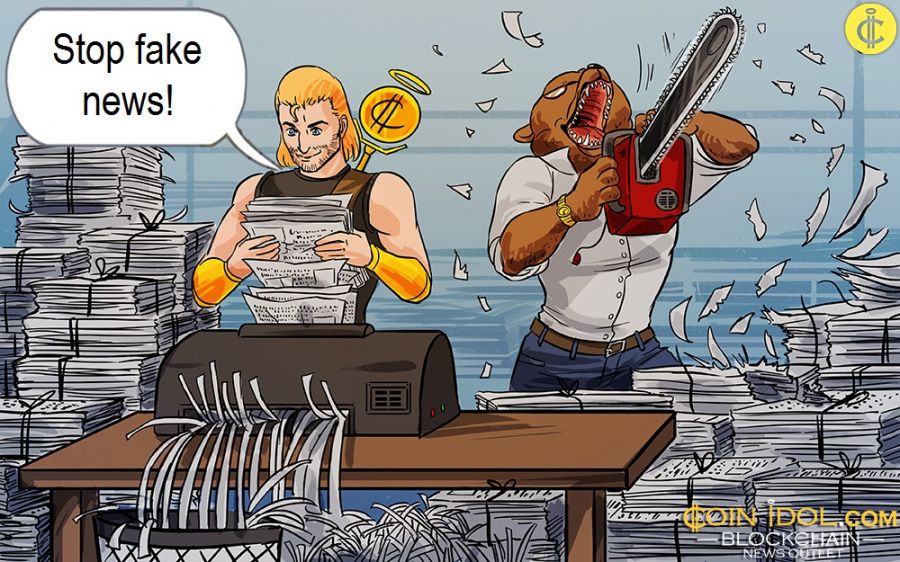 Fake news related to cryptocurrency, Coronavirus pandemic, and other fields that spread through social media like Facebook, Google, Twitter etc., are becoming a problem. That is why the European Commission urged the giants to strengthen measures against misinformation.

Due to the increase in the number of hackers, cybercriminals and misinformers competing for space in the media industry, it has been a tug of war when it comes at protecting devices, internet, social media, and information.

Vulnerability of Internet and media industry

During this time of the pandemic, a lot of fake news has flooded social media platforms, and proactive measures have to be put in place to fight the issue – there is a need for new effective solutions.

Back in 2018, companies such as Mozilla, Microsoft, TikTok and trade bodies agreed to regulate misinformation. However, the agreement seems to be having some voids considering the time it has been in operation. The code isn’t self-regulating and doesn't have uniform definitions.

Now, as the quantity of fake news skyrocketed due to coronavirus, it has drawn the attention of European regulators. For this reason, the European Commission is going to draft the Digital Services Act to increase the media’s responsibility for the quality and reliability of information. These rules will be aimed at making social media platforms more transparent and accountable.

Blockchain to combat the spread of misinformation

Especially after the spread of coronavirus, fake news is being used to raise panic and disorient people. As a result, people in panic become more vulnerable to various kinds of fraudsters and criminals.

Hackers have taken advantage of weak cybersecurity of various platforms including Twitter to spread their scamming information. For instance, on June 15, hackers used Twitter to post a fake tweet calling for people to send in Bitcoin and receive it back doubled. Those who sent in BTC lost it to scammers.

Another way to scam people using fake information is involving celebrities to create fake endorsements for fraudulent projects. According to CoinIdol, a world blockchain news outlet, fraudsters used the names of popular music and movie stars such as Daniel Craig, Daniel Radcliffe, James McAvoy, and even turned to the members of the British Royal Family to make their schemes look more reliable. That is one of the reasons for the European Commission urging social media to take measures to change the situation.

On the other hand, new regulations and stronger measures can alert the community as they pave the way for censorship and manipulation. As most social media are centralized, there is always a single body to decide which information is reliable enough, and which is not. In such conditions, the fairness of such an evaluation might be questionable. One of the brightest examples of such biased attitude is YouTube’s Crypto Purge targeted at blockchain and cryptocurrency channels.

For this reason, people tend to seek decentralized blockchain-based alternatives that are impossible to manipulate. Indeed, Blockchain tech has the potential to combat fake news and increase the trust as well as the credibility of the social media, internet and media sector. The technology can help bring in a transparent information flow hence repairing the role of the media.