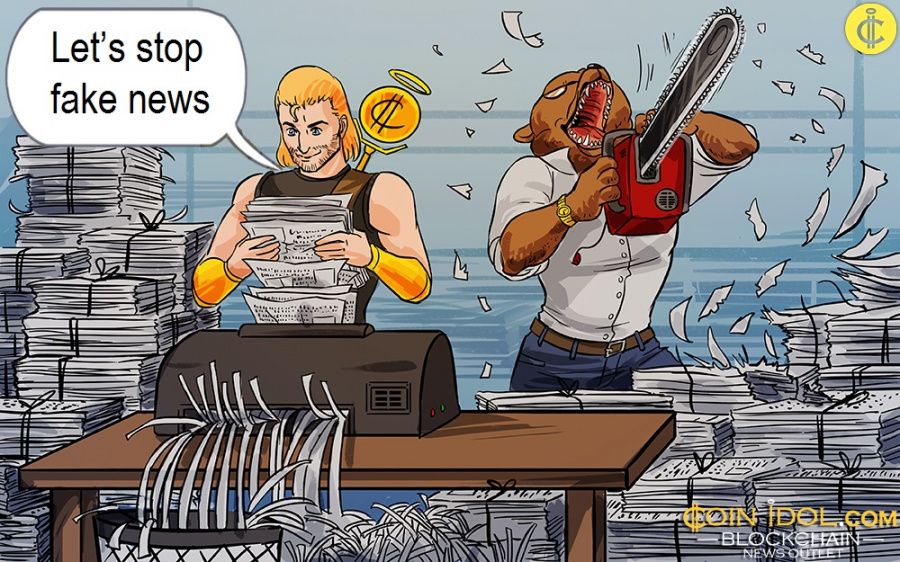 The increase of fake news raises alarms over the role of media, Internet and social media platforms in contemporary egalitarian societies. The community and the media industry can move to transparent information flow by restoring the role of the media with blockchain technology.

For now, blockchain and distributed ledger technology (DLT) has been mainly mentioned in the financial sector. However, DLTs offer seamless authentication, scalability, well-organized and secure data storage, heftiness against any form of attacks, accountability, processing and sharing, and transparency.  Therefore, solutions based on this technology can be used in numerous industries.

A blockchain in a decentralized storage system would be able to solve many of the problems in the media industry including fake news. DLT can guarantee reliability and trust in society.

Readers often have no idea who wrote the article, who reviewed it, how many times it was revised and edited, and what actually changed. There are hoax info problems such as intentionally conveying misinformation and meaning by using photos irrelevant to the report.

In such an environment, it is difficult to take responsibility for writing and publishing articles. But if a DLT-based digital newsroom software is in place or used, data is stored only in the media and thus kept in the media’s archive. No third-party can arbitrarily modify or delete the data, and the reader is able to track the entire change history of the news.

DLTs guarantee the origin, authenticity and traceability of information by giving a secure, transparent, unchallengeable and empiric record of transactions while designing and developing a peer-to-peer (P2P) safe and sound platform for storing and exchanging data.

Some news companies have already started delving into the potential of blockchain tech. For instance, one of the US popular news outlets, New York Times, recently (on June 12) announced that it has completed testing a blockchain-based solution ‘News Provenance Project’ to contain online fake news. The DLT solution can verify the source and authenticity of the press photo.

There are several digital public services in Estonia that depend on DLT to guarantee and maintain data integrity. In fact, there is some official information and laws published digitally on Riigi Teataja that are being signed with keyless signature infrastructure (KSI) blockchain.

The use of DLT in the news industry promotes good interaction between readers and the media platforms since blockchain-based solutions guarantee safety and transparency by offering a trade-off between content moderation and personal data protection. The technology has the potential to guarantee provenance, authenticity and traceability when developing an effective P2P platform for fighting fake news and other forms of digital deception.