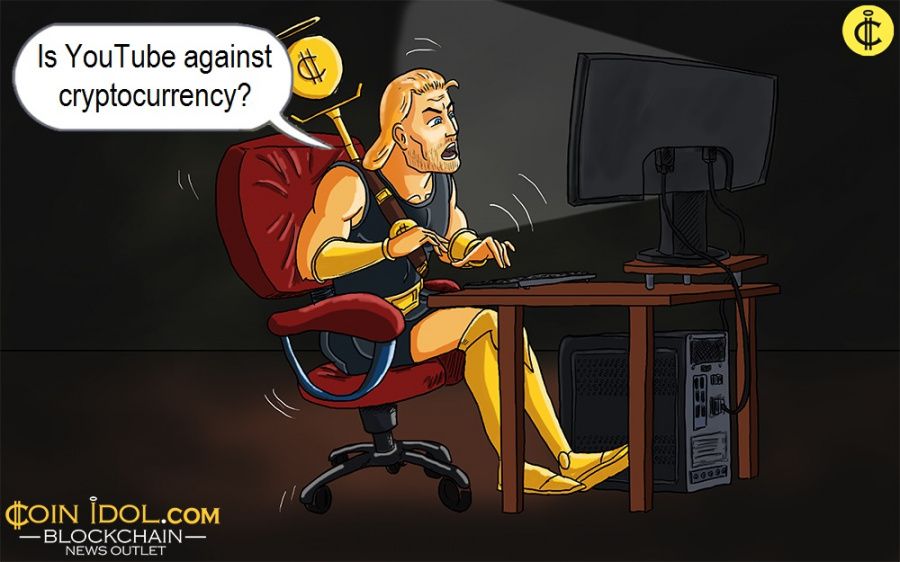 Since 2018, the platform has not been in good terms with the cryptocurrency sector. It has removed several contents related to cryptocurrency and many digital currency content creators have continued to face it rough.

Now, the recent cryptoasset YouTuber to become a victim is Sunny Decree based in Switzerland. The platform has halted his live stream and warned him that his channel will get strikes that would see his channel permanently removed.

According to the warning sent by YouTube, there are claims that Decree’s live stream violated the platform’s “harmful and dangerous policy”. It is not clear whether it was really a security breach or censorship because the warning actually explained nothing. YouTube didn’t point to the actual rules that were breached. The warning was a general one that is normally sent to any content creator to be banned, so such vague warnings can often cover censorship.

However, this is not the first time Decree’s cryptocurrency content has been halted by YouTube. Back in December last year, the platform carried on an operation called the “crypto purge” that saw thousands of crypto-related videos being deleted without any atonement – and Decree’s channel that had over 123k subscribers was not spared.

YouTube also halted a channel belonging to Cointelegraph that was streaming live the halving of Bitcoin. In addition, Bitcoin.com’s channel was also halted after it violated the platform’s Terms of Service, and many more.

On July 31, Altcoin Daily channel with over 214k subscribers that was operated by two brothers Aaron and Austin was also blocked for breaching the security policy. The channel was found promoting illicit cryptocurrency and blockchain-related activity.

During the crypto purge, Ivan on Tech and the Moon, as well as Chris Dunn’s channel which had more than 200k subscribers was also taken down for violating the security policy, and this made the community aware of the censorship. The censorships and suspensions have scared away content creators and are now seeking for more decentralized blockchain-powered alternative platforms to bypass being victims again.

Some people from the community including Stephen White, Jupiterrace, etc., actually believe that YouTube is against cryptocurrency. The community has proposed alternative platforms such as THETAtv, Bitchute/LBRY, Theta_Network, and many others.

Nonetheless, following the heat coming from the content creators and the negative reaction from the cryptocurrency community, YouTube came out to say that the move was just an error and began to restore a few of the deleted cryptoasset videos.

Considering the growing amount of scams and hacks, different platforms have to develop measures of combating such issues. For instance, Facebook and Twitter at one time deleted ads promoting cryptocurrency. Digital currency exchanges such as Coinbase, Gemini, Kraken, Binance have been blocking and suspending the suspicious transactions in case there is an attack. So seeing, YouTube doing such action is understood at some point. The platform in question could be trying to prevent suspicious and malevolent activities related to cryptocurrencies.

On the other hand, such a policy seems imperfect, as it sometimes allows illegal companies to advertise their fraudulent schemes. As CoinIdol, a world blockchain news outlet reported, a Twitter user accused the platform of promoting scams while suspending legit companies and crypto bloggers. So what is that indeed, an attempt to protect their users or ordinary censorship against cryptocurrency?