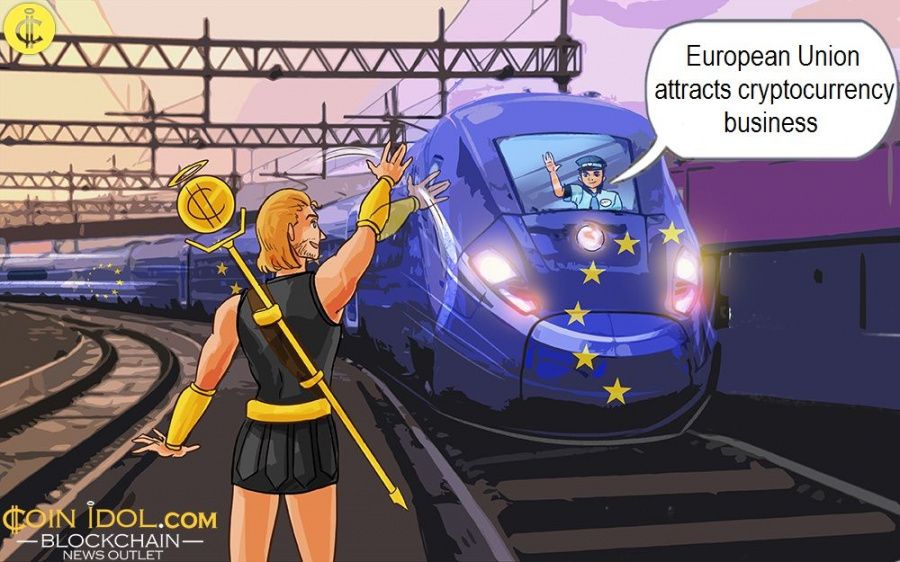 There is an opinion that European Union (EU) countries offer more favourable conditions for running cryptocurrency businesses. That is why companies tend to choose the European market over the United States.

According to the data by Crunchbase, there are around 877 registered organizations and startups operating in the cryptocurrency industry in the United States. Most of these are dealing in providing activities such as financial services, payments and software. Some of the popular organizations, startups and companies in the USA include ShowPay, Axelar, 3 commas, LunarCRUSH, GX Blocks, Chainalysis, Blue Fire Capital, Lolli, Figment, Curv, Notabene, and many others.

Also, there are about 952 startups, firms and organizations in the cryptocurrency sector with over 1,020 founders in Europe. Some of these startups include GX Blocks, phptrader, Guesser, Quidax, Coinimal, Bitpanda, Binance Labs, coinpass.com, Monaco Technology, Cerviero, etc. The EU alone has about 498 crypto organizations with 520 founders.

Blockchain and crypto hubs in Europe

As per reports by CoinIdol, a world blockchain news outlet, the list of the most favourable places to run cryptocurrency startups in Europe includes Switzerland, United Kingdom, Luxembourg, Gibraltar, Malta, and Liechtenstein. This is because these countries have tried to draft regulations governing the crypto industry hence making the environment friendly for the startups to flourish.

Some of the promising distributed ledger technology (DLT) startups that are trying to apply blockchain technology through their major goods and services in the EU include Settlemint, Coinfirm, Odem, Limechain, Elrond, DappRadar, Colendi, Solve.Care, Bankera, and Neufund.

Europe is popular in attracting more cryptocurrency startups than the US for a reason. The startups operating within the EU tend to raise much capital via token offering than in other places. European-based crypto projects have managed to sell tokens through initial coin offerings worth millions of euros. For instance, last year Bitpanda managed to sell BEST tokens worth of EUR 43.6 million.

Unlike in the USA, EU financial watchdogs do not have a history of stifling crypto issuers. And crypto issuers are less likely to get held up in private legal action in the EU than in the US. Besides, a big number of watchdogs in Europe has a clear difference between utility tokens, security tokens and payment tokens, which is not the case with the United States. Utility tokens in Europe are not subjected to financial services regulations.

The USA has failed to build a clear regulatory framework for the crypto industry so far. For this reason, the Securities and Exchanges Commission has found it hard to make a final verdict on cryptocurrency exchange-traded funds (ETFs). As of now, the regulator did not approve any of the numerous submitted proposals.

Moreover, the watchdog has become famous for its hostility against cryptocurrency. One of the brightest examples of such hostility is the SEC’s campaign against Telegram Open Network (TON). Telegram later abandoned its TON project after battling several court wars with the SEC. Such acts by the SEC tend to discourage other blockchain and cryptocurrency startups and companies to invest in the US.

Generally, Europe is making more progress to codify regulation to introduce effective management of token sales and ICOs. The continent is trying to level the ground for stablecoin issues and cryptocurrency service providers to effectively and securely carry out their operations in the European Union.