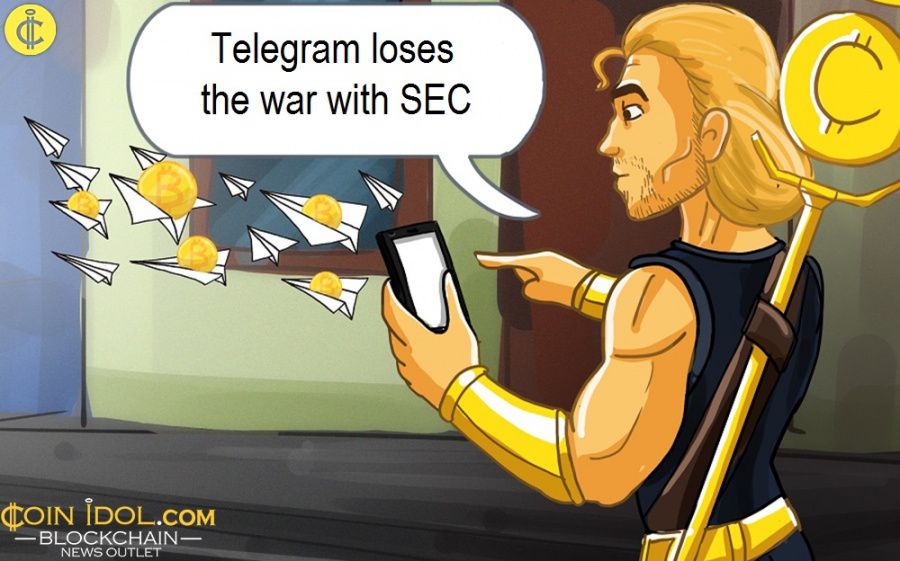 Telegram, a giant IT giant service provider, has finally withdrawn its plea against the prohibition on the sale of its blockchain-based cryptocurrency project, Gram.

In a file submitted to the US Court of Appeals for the Second Circuit, Telegram declared the withdrawal of petitions against court rulings barring the creation and circulation of Gram coins to the US and foreign investors. As per the document, the parties agreed to withdraw the petition under local rule 42.1.

In 2018, the company managed to collect around $1.7 bln investment through a private coin sale and has been pursuing a distributed ledger technology (DLT) initiative known as Telegram Open Network (TON).

A few weeks before the release of TON in October the previous year, the regulator put the brakes on the project, saying that Telegram’s coin sale is an abuse of security laws. After that, both parties held several written opinions and hearings over the past six months.

Although the firm delayed the rollout till last month with an assurance of an extra $80 mln investment in the initiative, it had to finally suspend the rollout after encountering some serious uncertainties.

On March 24, Judge Kevin Castel of the Southern District Court of NY considered the SEC’s claims on Telegram and finally ordered a veto on the issuance and trade of Gram coins.

In response, the firm immediately filed a petition with the court. Furthermore, the firm proposed a new investment refund option to venture capitalists and began to adjust the release date.

According to coinidol.com, a world blockchain news outlet, the two refund options were to return 72% of the venture as agreed upon in advance or to receive 110% of the venture in April 2021 as a condition of lending money to Telegram for 12 months. The US venture capitalists could only choose the first option. As a result, some investors have already pocketed refunds, and some have chosen loan options. However, a few stockholders are also considering suing Telegram.

On May 12, this year, when Pavel Durov, the CEO of Telegram, unveiled his official position to halt the TON initiative, the TON blockchain completely left the firm’s hand.

Nevertheless, related technology development is expected to endure. On May 7, TON decentralized community released Free TON, a fork form with the aid of TONLabs, and goes on to work in TON technology.

It is not very clear how and what Telegram is doing with the money it has collected, but it looks like it is trying to battle with other possible lawsuits following the non-circulation of tokens and those investors complaining about the unfairness of the refund terms.