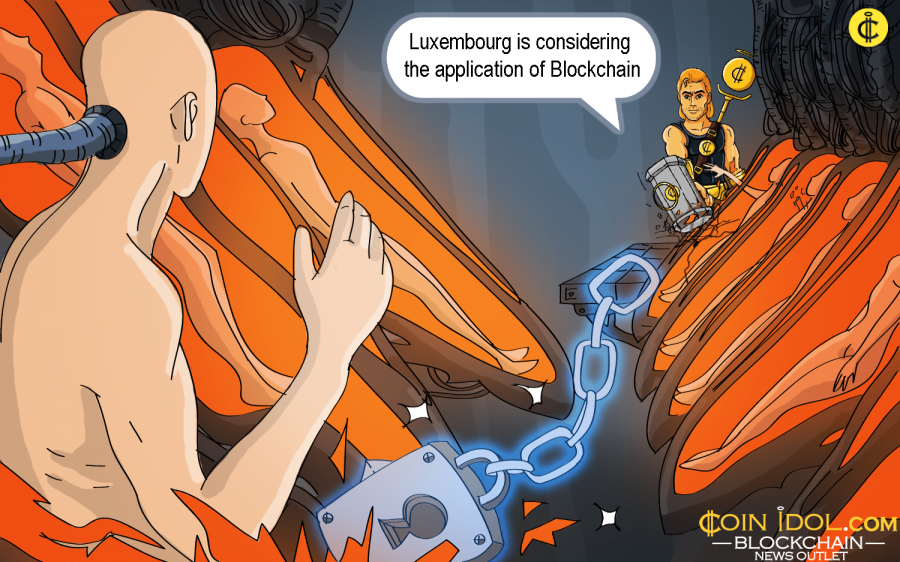 Luxembourg is considering the formation of a national legal framework for the application of Blockchain in financial transactions.

The government tabled an important bill last week that is hinged around Blockchain technology that focuses on providing investors with "an extra layer of legal certainty," finance minister Pierre Gramegna told Coinidol.

The government has now officially submitted the draft law to Parliament, as per Pierre, but the legislators won't have an opportunity to debate it in the Chamber of Deputies until the general elections scheduled for October 14, 2018.

There is no decision to be made on the draft bill before the end of the next month.

The newly elected Parliament will swear allegiances on October 30th and have "enough of legislation to enact, which they are going to take one by one," Pierre revealed.

Pierre further said the step taken by the government to strengthen legal certainty on the application of Blockchain technology was "not a political issue at all."

''This was in the best interests of the financial sector, as there have already been transactions done using blockchain, such as distributing parts of investment funds, for example,'' he said.

Pierre stated that wider rules on Blockchain technology should be rolled out at the European Union level.

He added that the present Luxembourgish government seeks to offer "rightful certainty" at the country level and guarantee investors enjoyed a similar degree of protection when participating in financial transactions.

The draft bill looks forward to getting "nothing more and nothing less."

The bill, however, won't refer to any particular uses of Blockchain such as Cryptos, but stay exclusively focused on the technology allowing new financial goods and services.

Luxembourg is still attempting to deal directly with the growing landscape of digital currencies and ICOs.

Without a legal framework in place at the EU, sector experts in Luxembourg fear the nation could miss out if it doesn't compete in the international competition to be a default jurisdiction for Cryptos and ICOs.