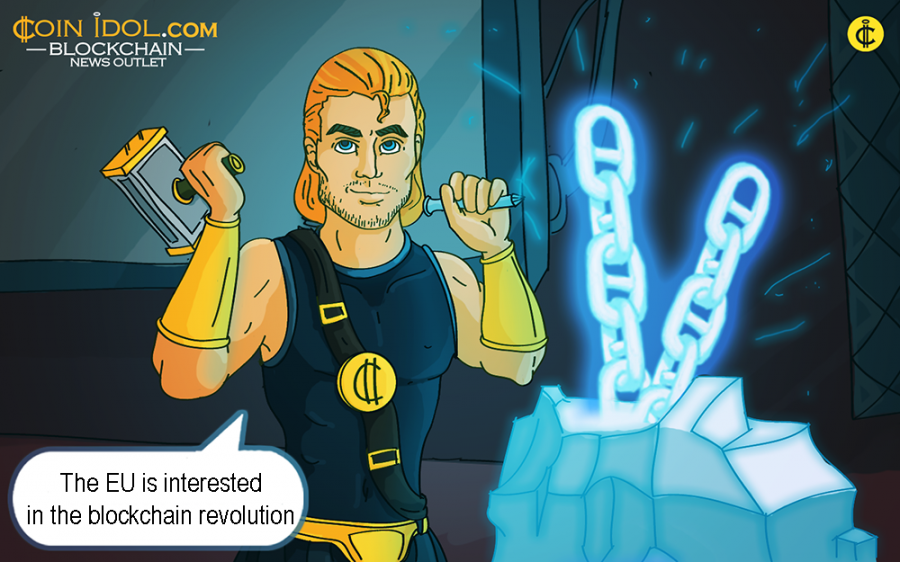 The European Union is interested in the cryptocurrency and blockchain revolution, a thing that has helped it to put digital innovation at the top of its strategies for the economic development of the continent. Principally, the European Commission has placed at the center of its action the formation of a related digital single market, in the awareness that information and communication technologies constitute the very foundation of all new state-of-the-art economic systems.

The Blockchain tech also contributes to this road to innovation, which is seen by many as an inordinate opportunity for the Member States to reconsider their data systems, uphold user confidence and guard personal info, contribute to creating novel business opportunities and establishing innovative capacities of leadership, for the advantage of people, public services and firms.

The Commission emphasized that the financial sector represents only one part of the application of blockchain and distributed ledger technology (DLT), which therefore has the leeway of bringing positive results also in other sectors.
The decentralized logic on which this tech is based can indeed make it possible to review in a very radical way the operational structure of the organizations and the relationship between citizens and institutions, in many aspects.

Then again, there is also a risk, especially in a motley in Europe in the sense that the uncontrolled race to the DLT could result in a series of fragmented approaches, characterized by protocols and standards that don’t communicate with each other, especially when implemented in several Member States.

The foundation of the takeoff of the European Blockchain Service Infrastructure (EBSI) project targets at fostering collaboration between member countries to exchange experiences and expertise, both on technical and regulatory level.

DLT to Improve Trust Among Organizations

Italy became part of the partnership on September 27, 2018 and, since last July, shares the presidency with Sweden and the Czech Republic. According to the purposes of the partnership, the development of the infrastructure will allow the safe sharing of data, such as, EU customs and tax data, audit documents for funded projects, international certification of diplomas and on professional qualifications and digital identities (eIDAS).

The main application areas that have been entrusted to the EBSI project include: notarial certification, training credentials, autonomous identity (self-sovereign identity) and reliable data sharing.

The realization of a series of public services integrated with the Blockchain, is going to guarantee the growth of trust in this technology among citizens and organizations, favoring a sudden growth also in the private sector. Thus contributing to strengthening the leadership of Europe in the field of ​​Blockchain.

Also, it is evident that the application of the Blockchain to the four priority areas branded by the EBSI project would enable the EU countries to carry out almost automatically the obligations imposed by the General Data Protection Regulation (GDPR), the new European legislation on privacy, which imposes a total transparency on the processing of users' private information.