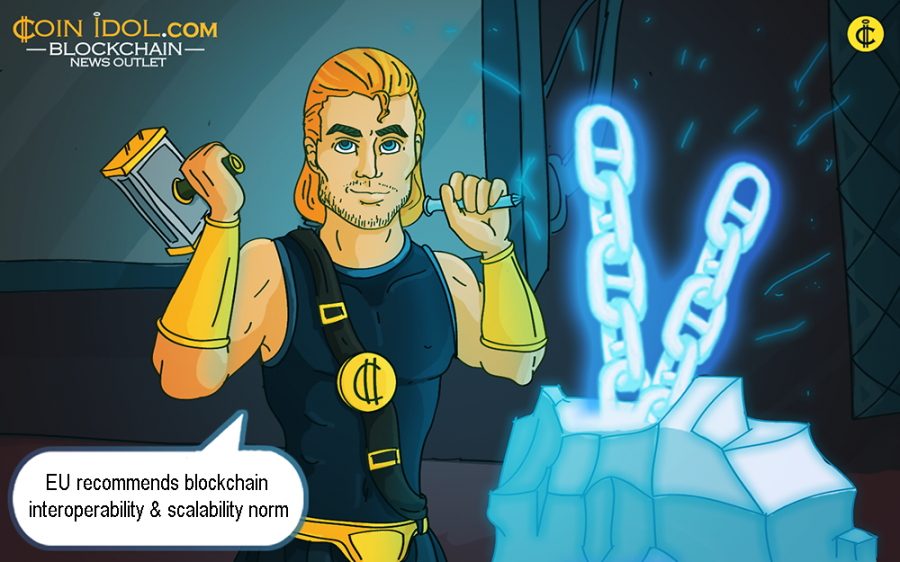 The European Union (EU) has shown the need for a consistent blockchain technology protocol which would enable interoperability as well as scalability. The report labeled “Scalability, Interoperability, and Sustainability of Blockchains” was issued by ConsenSys on behalf of the EU Blockchain Observatory and Forum. It gives insight into the latest and possible future states of distributed ledger technology (DLT) in Europe, allowing for the contribution of diverse stakeholders and sources.

As the sector progresses, it’s very imperative for policymakers and industry to come together and co-create standards to form multi-layered, interoperable chains a significant reality.

The Forum – a commission which delves into the likelihood of adapting and discovering opportunities to employ the innovation, has revealed that the decentralized technology is in awful need of standards which will enable it to push the growth and development of the technology.

Not Time to Rest

In the EU’s latest report, this innovative technology is still nascent and needs at least two major things in order to become sustainable: scalability and interoperability. Further study of the technology is needed, according to the report recommendation.

“The EU should not rest on its laurels. Both the U.S. and China have expressed strong support for blockchain technology research, with the former even going so far as to include it as part of its $700 billion defense budget. We, therefore, recommend that the EU continue its strong support, targeting basic research as well as supporting implementation of infrastructure-related projects in particular, as well as research into non-technical topics such as governance of blockchain technology projects.”

With thousands of blockchain technology systems in the sector, each with its individual sole structure and cryptocurrency, the systems are self-governing. In case when someone, company or a country, exploits one, it can’t interrelate with the other. This eventually brings an impasse since for two discrete entities to communicate data, they have to be on the same blockchain network.

Instead of controlling and over-regulating the sector, legislators should guarantee that blockchain technology platforms and transactions will be expedited. Blockchain will be the next basis of financial transaction and trade, and thus, it is desirable to use it instead of standing against it. There is an awful need for people, legislators, and the public to have a lucid clue and knowledge of blockchain with the intention of knowing how the technology can be used in daily lives.

According to the report, policymakers should encourage educational and research initiatives, in addition to traditional money on-chain, to drive DLT-based payments and use smart contracts.

It also proposes that governments should interact with blockchain as identity providers or data oracles, that shows the requirement to be equipped for new models and possibilities. The report also indicates the need to resolve an impasse between General Data Protection Regulation (GDPR), DLT and the legal status of cryptocurrencies, smart contracts, internet of things, artificial intelligence, machine learning, etc.

Of recent, the German Federal Ministry of Finance officially issued a strategic issues paper on the management and regulation of DLT-based securities.