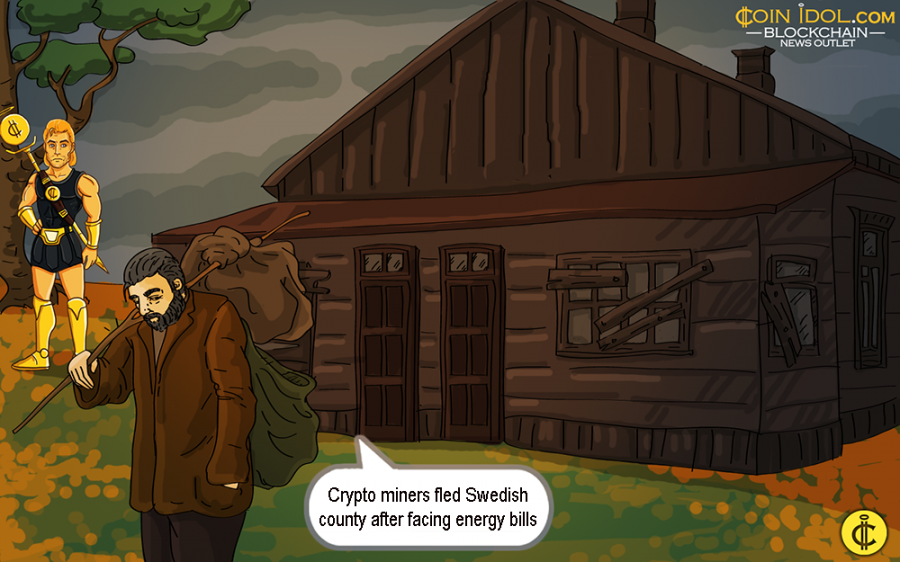 Two mining firms operating in Sweden have purportedly relinquished their facilities in Norrbotten, a county in the far north of the country. One of the firms, a U.S. miner called NGDC, seems to have all of a sudden fled the county, leaving unpaid power bills of around $1.55 million in its wake, according to a report from Sverige Radio.

NGDC, Miami-based, stopped its operations in Älvsbyn municipality after being disconnected from the power grid by Vattenfall, a Swedish electricity supplier. NGDC has a debt of almost $1.55 million being demanded by Vattenfall. The Vattenfall's lawyer, Fredrik Sundin, revealed that the supplier is working hard to settle this issue.

“In all judgments, the prospect does not seem so brilliant, but we will do what we can of course,” Fredrik revealed.

Helena Ohlund from Älvsbyn municipal council also noted that the local authorities have been trying to contact NGDC over this matter but so far have failed.

Another giant mining firm, Chasqui Tech, has purportedly ceased its plans of establishing a Bitcoin (BTC) mining firm in Kalix located in Norrbotten County. Now, the municipality demands around $55,000 from Cuasqui Tech in unpaid rental bills.

Patrik Ohlund, CEO of The Node Pole, a giant data center development hub in the country, thinks that many factors could be pushing these hasty departures. He also said that the crypto bear market and a rise in power prices brought by drought in the summer period have caused several mining firms operating in Sweden to fall into problems.

Nevertheless, Patrik is positive about the future outlooks of the country's crypto mining sector. He revealed that he hopes to see the number of data centers functioning in the country doubling or even tripling. He approximated that there are now around 50 such infrastructures in Sweden.

In October, MGT Capital Investments, London-based, also declared that it had entered into an agreement which would see the firm relocate around 6,300 S9 Antminers which are right now housed in Sweden to another infrastructure in Colorado Springs. The COO of MGT Capital Investments, Stephen Schaeffer, said that the firm plans to finish the move and begin again mining at large scale and at full capacity before this year ends.