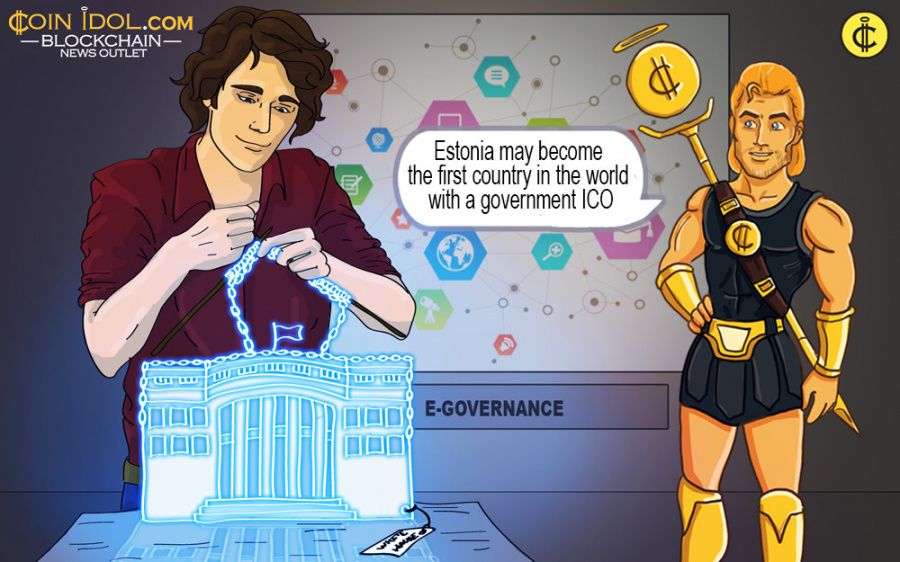 The Republic of Estonia may become the first country in the world with a government-backed Initial Coin Offering (ICO) and its own crypto token – ‘Estcoin’.

Estonia is one of the leading countries in Eastern Europe that develops and welcomes FinTech innovations. Several years ago, the Estonian government launched an e-residency program that allows any person in the world to get a digital identity issued by the Estonian government and registered on the Blockchain. The project aims to build a new digital nation, powered by the Republic of Estonia. It allows e-residents to receive the advantages of authenticated online identity along with a smart ID-card issued by Estonian Police and Border Guard Board and access Estonia’s public services online, and even start and run a trusted company online.

Today, the  new proposal of the first government ICO has the potential to benefit both the country and its fast growing community of e-residents. ‘Estcoins’ could be managed by the government of Estonia, but accessed by anyone in the world through its e-Residency programme.

According to Kaspar Korjus, Managing Director at e-Residency, Estonia has a clear advantage in the area of fast growing ICOs due to its advanced digital infrastructure and its e-Residency programme. He wrote:

“No other country has come close to developing both the technology and the legal frameworks that would enable them to introduce and securely manage tradable crypto assets globally.”

Vitalik Buterin, the founder of Ethereum, also has a keen interest in Estonia's Blockchain-based developments. He commented on the estcoin proposal:

"An ICO within the e-Residency ecosystem would create a strong incentive alignment between e-residents and this fund, and beyond the economic aspect makes the e-residents feel like more of a community since there are more things they can do together.”

To date, there are more than 22,000 e-residents signed up to the Estonian e-Residency program from 138 countries and they make an enormous contribution to Estonia in return for the opportunities delivered to them.