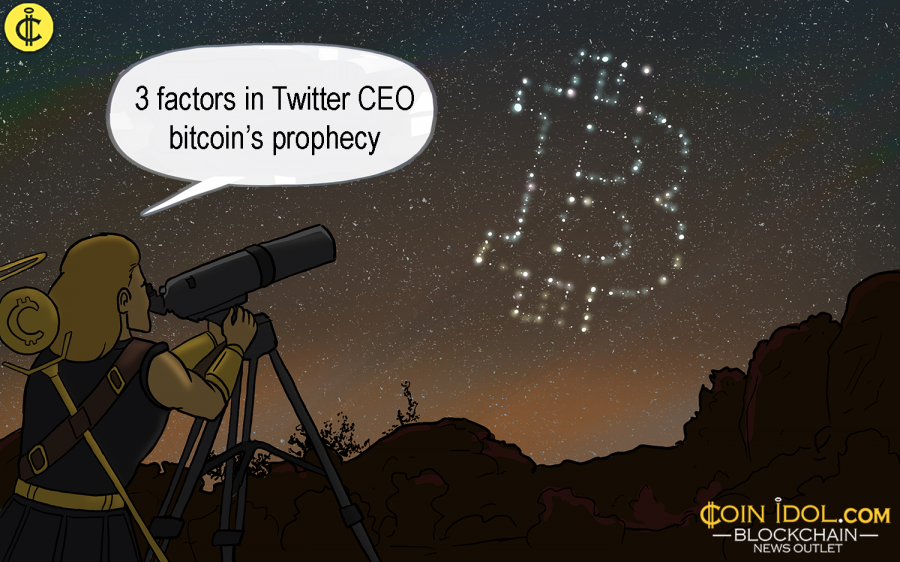 On CNBC’s Fast Money, Brian Kelly, CEO of BKCM, mentioned three vital factors which could push Bitcoin back to its former (2017) highs and see a complete recovery in the future.

In our recent post, we revealed that the CEO of Twitter and Square, Jack Dorsey, showed his interest in Bitcoin, the flagship cryptocurrency. Above all, he buys a maximum of $10,000 worth of BTC using fiat currency on a weekly basis.

Bitcoin is resilient. Bitcoin is principled. Bitcoin is native to internet ideals. And it’s a great brand.
— jack (@jack) February 5, 2019

The CEO revealed all these during a podcast called ‘Tales from the Crypt’ on March 4. Jack sees cryptocurrency and blockchain as the way he looks at Twitter, and he is optimistic BTC will become an international native currency for the internet.

The latest episode of @TFTC21 with @jack is live now!

We discuss everything from how Jack came to find & experiment with Bitcoin, the parallels between early Twitter and Bitcoin, pseudonymity, Bitcoin's effect on the State, & much more.

Jack also emphasized that financial institutions should look at digital currencies as an equivalent to blockchain instead of viewing them as a threat.

At the beginning of this month, BTC saw its first green monthly candle since July last year (almost nine months). It is a net monthly gain. For the whole of February, the leading crypto by market cap rebounded from $3,413 to $3,791. 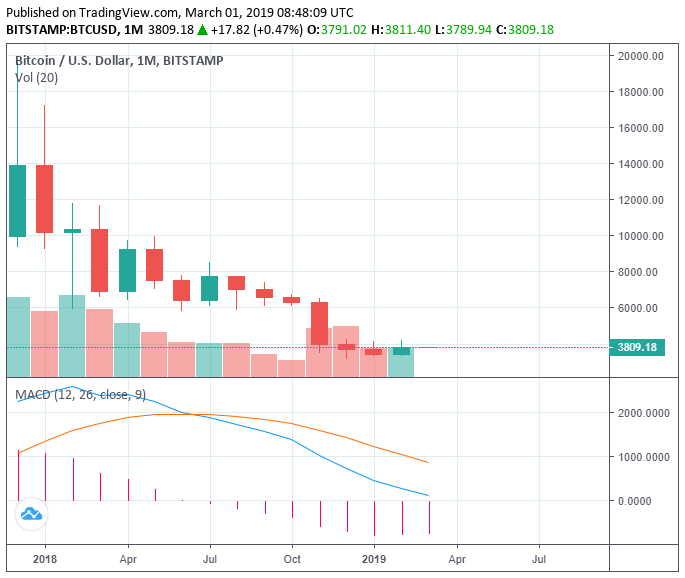 In a period of just one week, the BTC price has managed to recover to more than $3,900 and the entire crypto market has gained over $6 billion. Brian Kelly believes that the Crypto Winter is fading away and is reducing melting.

The commencement of an accumulation stage fused with positive core indicators like the soaring transaction volume of the BTC network plus the visible growth in institutional interest will drive the rebound of Bitcoin while waiting for when 2019 to end. The crypto community is seeing some advancing nitty-gritties, as Kelly stresses:

“If you look at the number of addresses that have been created on the network, that’s up about 20 percent from the January lows, it’s apt highs at the levels we saw in the spring of 2018 when BTC was well above $6,000. So fundamentally, you’re starting to see improvement.”

In addition, Dorsey believes the core factors in Bitcoin, for example, as enhanced scalability via a second-layer scaling solution, the participation of giant financial institutions like Fidelity and ICE, and the general rise in interest concerning the asset class.

Since crypto investors have managed to survive throughout the 15-month long bear market, the traditional financial market has now started to believe that cryptoassets as an asset class has never been a fad or a craze at all.