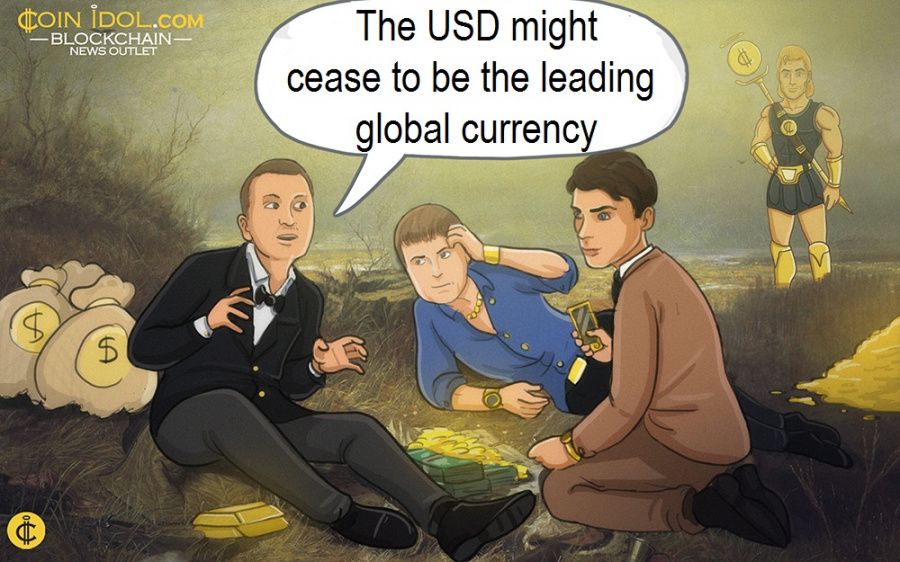 It is indisputable, the dollar is considered the “global currency” due to its wide usage in global savings, trading key commodities such as oil and issuance and settlement of debts. This might not be the case anymore with the massive disruptions brought about by digital currencies.

The dollar is king

In recent years, the US dollar has emerged as a prominent international funding currency for many countries in the global South to access and settle loans or access cross-border and foreign currency credit. Along with the EURO and Yen, the United States dollar dominates most international transactions.

According to the International Monetary Fund (IMF), the US dollar was involved in 60% of all the transactions that went through central banks worldwide in 2019, while approximately 40% of the world’s debts are dispensed in the US dollar.

The dominance of the US dollar all started with the 1994 Bretton Woods agreement in which the first world gathered at New Hampshire and agreed about the use of the dollar as the international currency against which wealth would be measured, replacing the use of gold as a reserve currency. The US at the time had the most gold reserves, hence, the strongest economy even when all the countries began redeeming their gold for the dollar.

The world’s rising powers are constantly challenging the hegemony of the US dollar. In 2009, China and Russia criticized a global currency pegged against an individual country's currency and asked the IMF to initiate an independent currency for international transactions, free from inflation and other economic changes within a country.

As of 2019, the Chinese Yuan (Renminbi) became the world’s second reserve currency, with at least $217 billion worth of the Chinese currency held by central banks as reserves worldwide although it still falls far behind the US dollar which was at $6.7 trillion.

The Central Bank Digital Currency idea is gaining more and more traction today, with countries such as China, South Korea, Japan, France, and more exploring the possibility to introduce some sort of an equivalent of their local currencies in digital form. As coinidol.com, a world blockchain news outlet reported, China is now holding trials of its digital yuan in 4 locations across the country. Korea is also testing its digital won.

Generally, around 46 central banks worldwide are exploring the possibility of launching their CBDC. However, as a survey shows, most of them have no actual plans for issuing their own coins. Nevertheless, the interest in the technology is significant. Even more to worry about by the US dollar is that the innovation around the CBDC growth has gone past the ordinary means of payments domestically, but countries are looking at a CBDC at interbank payment options as well as the internationalization of the CBDCs.

The US dollar is still the biggest and the only recognized reserve currency, however, its position is being challenged by the recent developments in the global financial system such as the rise of CBDCs.