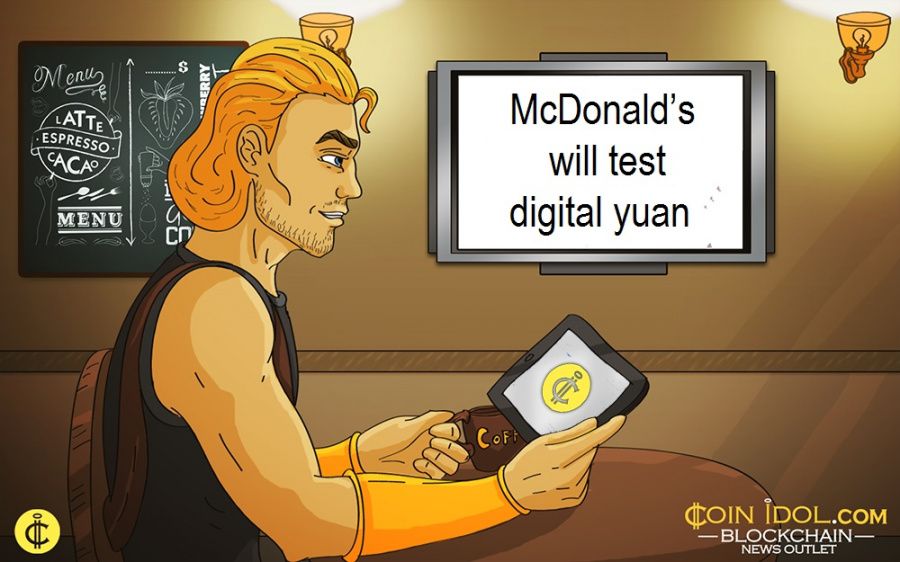 Global fast-food giants McDonald’s and Starbucks have never been included into the trials of digital yuan. None of the brands confirmed its participation in the testing program.

As CoinIdol, a world blockchain news outlet, reported back in April 2020 basing on the announcement by Sina, China was to invite McDonald’s, Starbucks and Subway to test the country’s CBDC in daily customers’ activities. However, according to Coinnounce, none of the above brands are not included in the digital yuan pilot program, although they do accept digital payments via partners such as WeChat, Alipay, and QuickPass.

How are McDonald’s and Starbucks brands viewed in China?

China, a country which had for a long time cracked down on cryptocurrency seems to be easing things for the industry. The country with 1.4 billion people certainly forms an axis for businesses of any kind.

Global food and beverage chain companies have penetrated the Chinese market. Although agricultural food products such as beef, pork, vegetables and cereals dominate, junk foods remain popular in the country. Both McDonald’s and Starbucks are famous spots for Chinese nationals with thousands of stores spread across 177 Chinese cities.

It’s probably no wonder that these three companies were thought to be the only ones included in the pilot program. McDonald’s, Starbucks and Subway have become so popular over the entire world that they became international long ago. Besides, it is good to test the new digital currency within such big networks, while China has no fast-food chains of its own that would be so big.

However, considering the tensed relationships between China and the USA, it would be very unlikely that the latter was going to welcome its brands taking part in something that might help the Communist Republic to gain a significant economic advantage.

The first trials of the digital yuan were deployed in four locations countrywide: Chengdu, Suzhou, Shenzhen, and Xiong'An. In August 2020, the People’s Bank of China announced expanding the trials region to Beijing, the provinces of Tianjin and Hebei, the Yangtze River Delta region, and the Guangdong-Hong Kong-Macao Greater Bay Area.

For now, the CBDC is used only for micro-transactions. Before its full-scale launch, the PBoC plans to test it for large-amount transactions as well to eliminate all possible issues and see how the digital currency will be implemented in real-life environment.

While it is clear that the Chinese government’s digital currency design will not resemble Bitcoin, Ethereum, Litecoin, and other cryptos in terms of its decentralized nature, its full-fledged deployment might require some regulatory changes to the existing financial system. Nevertheless, the Chinese government plans to launch the currency ahead of the Beijing Olympics in 2022.

Tags
Starbucks Yuan Government Digital currency Central Bank Banking China CBDC
Most Popular
Aug 10, 2022 at 11:50
Price
Bitcoin Cash Bulls Stall Decline as They Face another Rejection at $134
Aug 10, 2022 at 10:50
Price
Weekly Cryptocurrency Market Analysis: Altcoins Retest and Challenge Overhead Resistance Levels
Aug 10, 2022 at 09:48
Price
Cardano Declines as It Struggles to Hold above $0.50
Aug 09, 2022 at 12:40
Price
Litecoin Fluctuates in a Tight Range as it Faces Rejection at $64
Aug 09, 2022 at 11:39
News
Around $2 Billion was Stolen in Cross-Chain Bridge Hacks in 2022; Half of the Funds Went to North Koreans
More