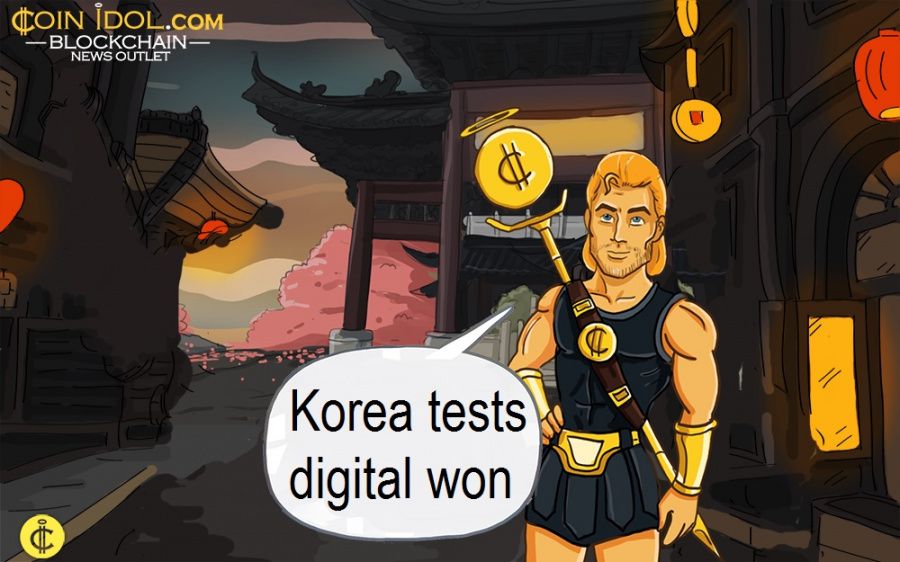 On April 6, the Central Bank of Korea (BOK) announced it is planning to test the central bank digital currency (CBDC), a digital won. This new currency will be used for micro-payments first, and, if successful, we might see its wide adoption.

The central bank indicated that the program which was rolled out in late March will run up to December next year, and is aimed at identifying technical and legal provisions necessary to develop, issue and circulate a digital currency.

A work in progress

It was revealed that their first step will be the testing process, and its aim is to review the structure of the CBDC when it is issued. Maybe, there will be a need for improvement or error fixing.

After defining the rough design and technical requirements, the developers will explore possible implementation processes to find the optimal one. When all development work is finished, the pilot system will be put together and established in earnest via work process analysis and external consulting.

All the feasibility study and pilot tests that are associated with the issuance of CBDC are to be centred on the digital currency research team created in the Korea Financial Settlement Bureau in February.

The pilot will last for 20 months. The BOK explained that since cash still has a high demand in the country, there is no urgent need for the issuance and circulation of a CB-managed token. So they want to take their time and make sure the system is flawless when it is officially launched.

Shifting from cash to digital currency

Such sudden growth of interest in CBDC has probably been caused by the COVID-19 pandemic that is raging worldwide. As there has been the need to minimize any physical contacts, people started switching to online activities more and more.

Coinidol.com, a world blockchain news outlet, has reported that some countries including China and Hungary have tried to quarantine cash, while others take more radical measures. For instance, Venezuela has closed all its banks completely, and Egypt has set limits for cash deposit and withdrawal.

From this point of view, it becomes quite clear why banks are looking to issue their own cryptocurrencies. As the world switches online, there will be a need for digital currencies. But unlike the most cryptocurrencies we know, the new CBDC will hardly be decentralized and most probably be controlled by banks.