Barbados Appoints Cryptocurrency Enthusiast as an Ambassador to the United Arab Emirates: What are the Implications for the Community? 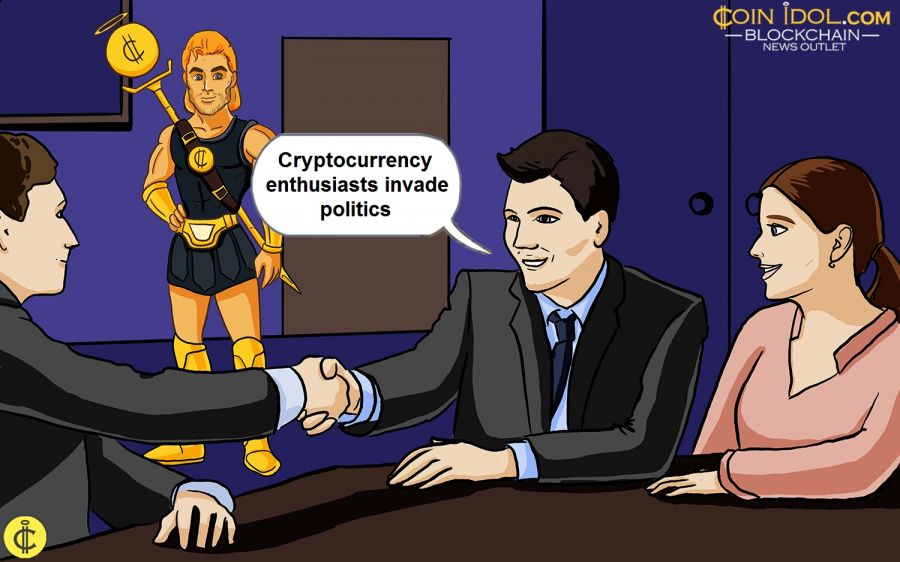 The recent surge of interest in the cryptocurrency and blockchain industry has caught the attention of politicians around the world.

The Salvadoran President, Nayib Bukele is the world's leading politician using cryptocurrencies. He recently adopted Bitcoin as his country's second national currency, while the president of Tanzania also showed overwhelming support for cryptocurrencies, according to CoinIdol, a world blockchain news outlet.

In the United States, the Massachusetts Institute of Technology Professor, Gary Gensler is now the chairman of the U.S. Securities and Exchange Commission (SEC), the only federal agency responsible for protecting investors in the United States. Gensler is a professor in the practice affiliated with the Sloan School of Management, where he formerly taught blockchain technology, digital currencies and financial technology. On the other hand, "Bitcoin Senators" in the White House are increasing and shaking crypto and blockchain legislation in the US. The same thing might happen in the MENA region with the increase of crypto enthusiasts in governments. 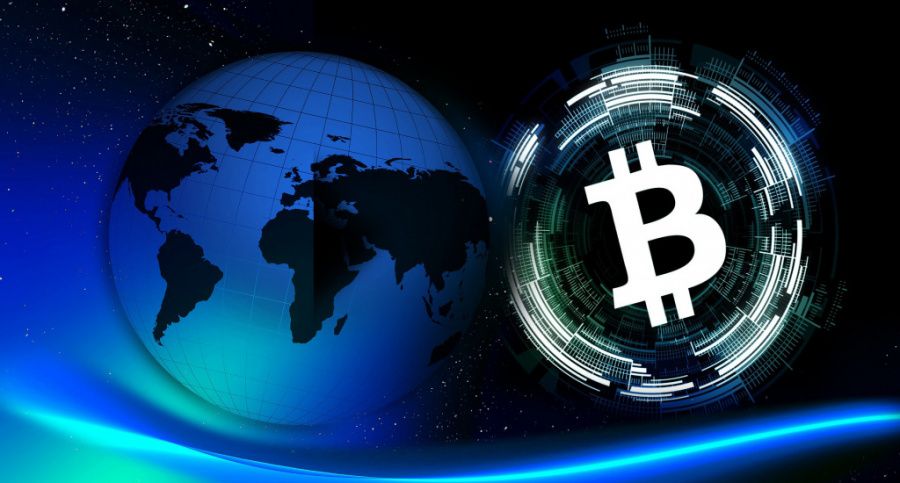 Who is Gabriel Abed?

Gabriel is an experienced fintech innovator and supporter of cryptocurrencies in the Caribbean region. In April, his company Bitt developed and tested the first Central Bank Digital Currency (CBDC) called DCash to be used in Eastern Caribbean Currency Union member countries. The DCash pilot was conducted in four countries: Saint Lucia, Grenada, Saint Kitts and Nevis, and Antigua and Barbuda. It had previously launched the digital version of the Barbados dollar and as the CBDC in 2016. Most countries and central banks only set out to introduce the CBDC after that. Against this backdrop, Gabriel is considered by many to be the CBDC pioneer in the Caribbean.

About a week ago, Gabriel Abed announced on his LinkedIn network that he had been appointed Barbados' Ambassador to the United Arab Emirates and was looking forward to the role. Leading crypto and blockchain supporters congratulated Gabriel on his upcoming appointment to the foreign service. Binace's CEO, Changpeng Zhao, was quick to share Gabriel's input, highlighting Gabriel's wealth of experience in the crypto space. 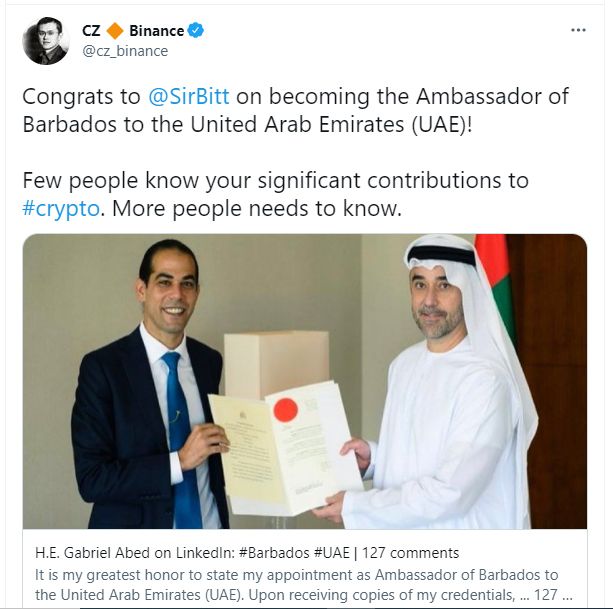 Opportunities and challenges for the Ambassador

The MENA region is experiencing exponential growth of cryptocurrencies and blockchain technology.

Iran was a major cryptocurrency hub in the region until its government recently changed its stance on cryptocurrencies and mining, but Egypt is more crypto-friendly and supportive of blockchain technology. In Turkey, the collapse of the Turkish lira is good for cryptocurrencies, and the United Arab Emirates is leading the CBDC race in the MENA region after announcing a collaboration with China and some other countries to test the applicability of CBDCs for cross-border payments. The country is in favor of blockchain and supports cryptocurrencies.

The appointment of Gabriel Abel as Barbados' Ambassador to the UAE is good news for crypto and blockchain enthusiasts worldwide and especially for the MENA region. The region is expected to turn to cryptocurrency and explore applications of blockchain technology. Gabriel's first task could be to establish bilateral collaborations between the UAE and Barbados in the field of crypto and blockchain technology. It is hoped that his appointment will facilitate innovation and learning for the blockchain and cryptocurrency industry in the MENA region and around the world.