Will Coronavirus Have Its Own Cryptocurrency? 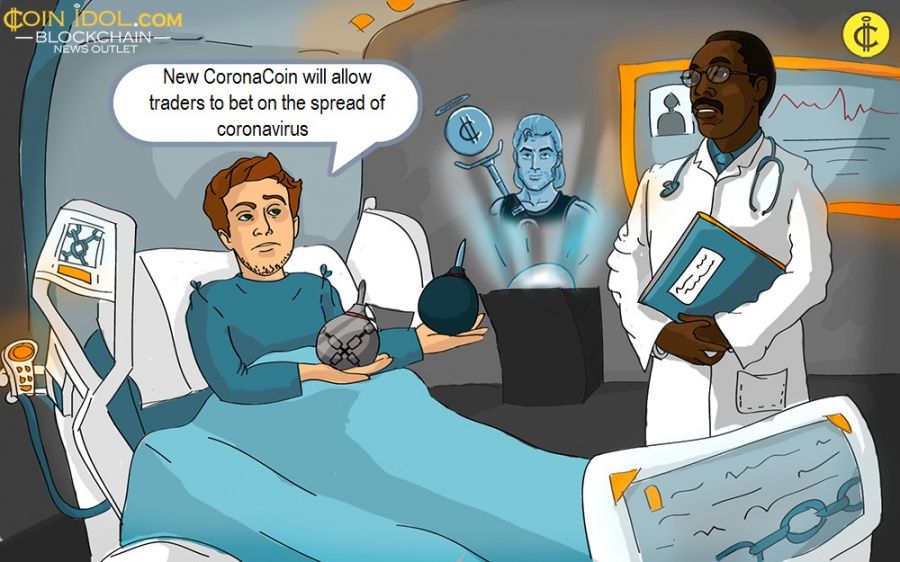 A team of cryptocurrency developers announced the launch of a new coin based on the spread of the Chinese coronavirus. The coin will allow people to bet on how many people would get ill or killed.

According to Reuters, the new cryptocurrency is named CoronaCoin and its price will get higher proportionally to the number of diseased. At the same time, its supply will decrease once every two days based on the COVID-19 spread rate.

It is unclear whether the coin’s developers have a kind of black and sinister sense of humour or they have simply got tired of the fuss raised around coronavirus. No one would argue that the situation in healthcare is serious, however, does it have just as serious influence over financial and cryptocurrency markets?.

How Coronavirus Actually Influences the Economy?

Some experts believe the COVID-19 outbreak is potentially harmful to the economy. It has caused a halt in all activities including trading in the countries most affected by the disease. As of now, China remains the country that has suffered the most. They take strict measures to stop the spread of coronavirus. Coinidol.com, a world blockchain news outlet, has previously reported that they replaced regular school classes with a blockchain-based online courses to prevent people from leaving their homes.

At the same time, the country turned to cryptocurrencies as they could potentially replace paper money for making payments. This desperate move is aimed at reducing the spread of COVID-19 as paper banknotes could be the source of contamination. However, ditching paper money could cause a huge decrease in the economy, so the process is quite slow. As an alternative, the People's Bank of China announced they would withdraw old potentially contagious notes and give their clients new ones.

As China has been the leading producer of bitcoin mining equipment, it is obvious that a stall in the country’s economy has influenced the industry as well. As fewer machines have been added to mine bitcoin, the difficulty factor has somewhat decreased, which reduced the competition between miners. As a result, the expected bitcoin halving might be delayed.

The announcement has garnered a lot of feedback from the global cryptocurrency community. Many users of the popular social media platform Reddit express criticism, calling CoronaCoin “amoral” and “tasteless”.

The coin’s blockchain records the number of people that have got ill or died of COVID-19 instead of recording transactions. Many people think it is cruel and cynical to raise money on people’s deaths.

On the other hand, around 20% of monthly CoronaCoin supply will be forwarded to Red Cross as donations that would potentially help fighting the virus the coin is devoted to. Is that so morbid after all?