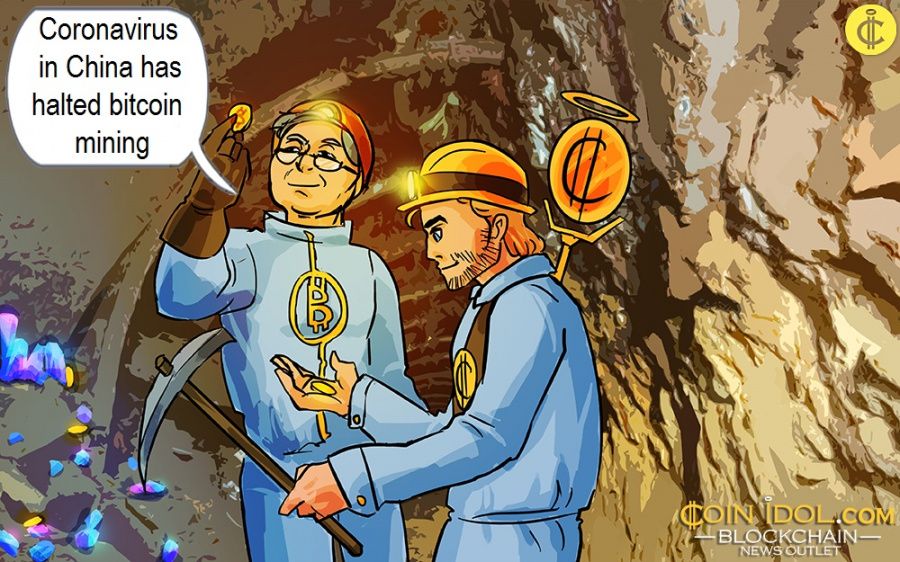 The outbreak of the new coronavirus in China has halted economic activities in the mainland which is the key producer of Bitcoin mining Hardware. As fewer mining machines are added to mine Bitcoin, the difficulty algorithm is relaxed as the competition between miners reduces. The Universal hashing power towards the Bitcoin network is somewhat constant.

The Bitcoin network responded to the reduced hashing power by stagnating the mining difficulty factor. Hashing power is affected by the number of new mining machines that are brought on board in the network. The Chinese government imposed a quarantine in many major cities in the country where the tech companies building the mining hardwares are situated.

This has forced many manufacturers to completely close down or delay production and shipments of the mining equipment. Bitcoin mining difficulty factor measures the amount of computing power required to solve the complex maths problem required to unlock a single block of Bitcoin during mining.

How are Miners Surviving?

Bitcoin miners race to have the most advanced and efficient mining machines so as to keep their profit as high as possible. This is done by updating their mining equipment as soon as a new one is out from the manufacturer. This way the mining difficulty factor keeps increasing as more hashing powers are introduced into the network.

The Bitcoin mining difficulty factor algorithm is programmed to automatically adjust itself depending on the amount of hashing power the network has. This is intended to keep Bitcoin as much inflation free as possible. With fewer new machines the network hashing power does not increase exponentially.

This therefore means miners could still use older machines to profitably mine Bitcoin. There are other factors determining the profits bitcoin miners make. Among these factors are the cost of cooling the plant and the cost of electricity.  Let alone normal administrative overhead costs for maintaining staff and rents.

Ultimately this sudden event will delay the period of the next Bitcoin halving thus giving more time to small scale miners to reap some profits. Notably after the next halving the bitcoin mining difficulty factor would increase meaning it will become harder to mine a single block of bitcoin. Experts believe that the price of bitcoin would be high enough to cover this overhead expenses.