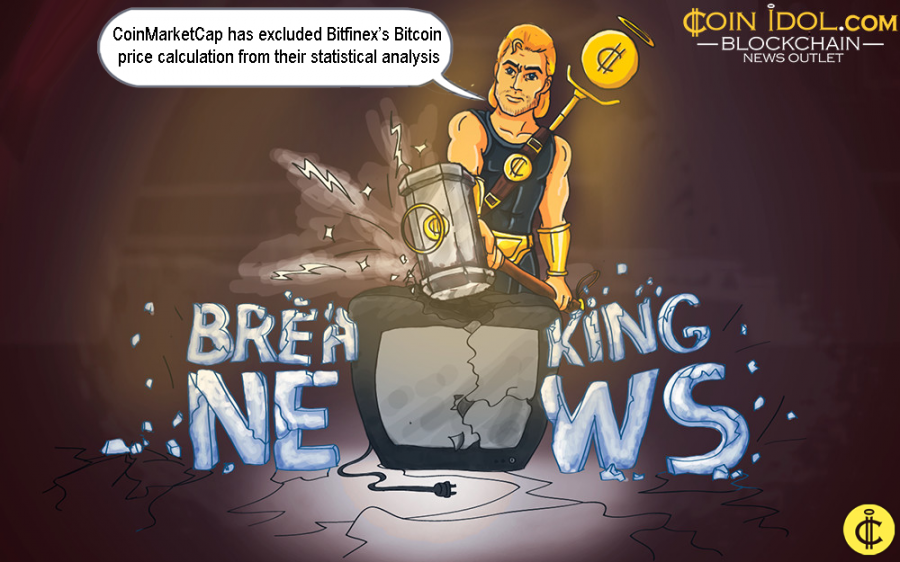 CoinMarketCap (CMC), the crypto market data service provider, has excluded Bitfinex’s Bitcoin (BTC) price calculation from their weighted average market cap statistical analysis due to the troubles on the exchange. CMC evaluates and examines all activities on its platform by taking a vigilant observation of the chain of prices it collects from various crypto exchanges.

At press time the Hong Kong-based cryptocurrency exchange is trading 1 Bitcoin at around $6,021 while other giant exchanges including Bitstamp, Coinbase and Bittrex are trading BTC at almost $5,700.

Bitfinex is in Total Turmoil

In order to solve or prevent the rate discrepancy effect this action by Bitfinex could cause, CoinMarketCap has decided to delete and eliminate the outrageous BTC/USD price from the crypto exchange in question.

The decision came after the New York (NY) Attorney General’s Office accused CMC of covering up its losses of more than $850 million by the use of cash reserves from USDT - Tether. The cryptocurrency exchange is using some legal ways to bypass the seizure. The exchange is also rolling out an initial exchange offering (IEO) to fight the weighty upshot of the frozen funds.

In January 2019, the United States Commodity Futures Trading Commission (U.S CFTC) summoned Bitfinex and Tether but the regulator did not publicly provide a clear reason as to why it did so.

The cryptocurrency community has reacted on this action made by the CMC, with some popular people in the industry claiming that it “makes sense.”

Makes sense. The 6% premium on BTC price and significant volume throws off the price calculation and skews it to be too high.
— Larry Cermak (@lawmaster) May 5, 2019

The current situation which the exchange platform is going through has affected the general digital currency market. The price of Bitcoin and the total market capitalization has plummeted significantly, according to the data from coinmarketcap. The total MC is now standing at $181.121 billion and the price is now at $5,707 compared to $ $5,886.89 on May 4 before Bitfinex’s deletion from CMC. 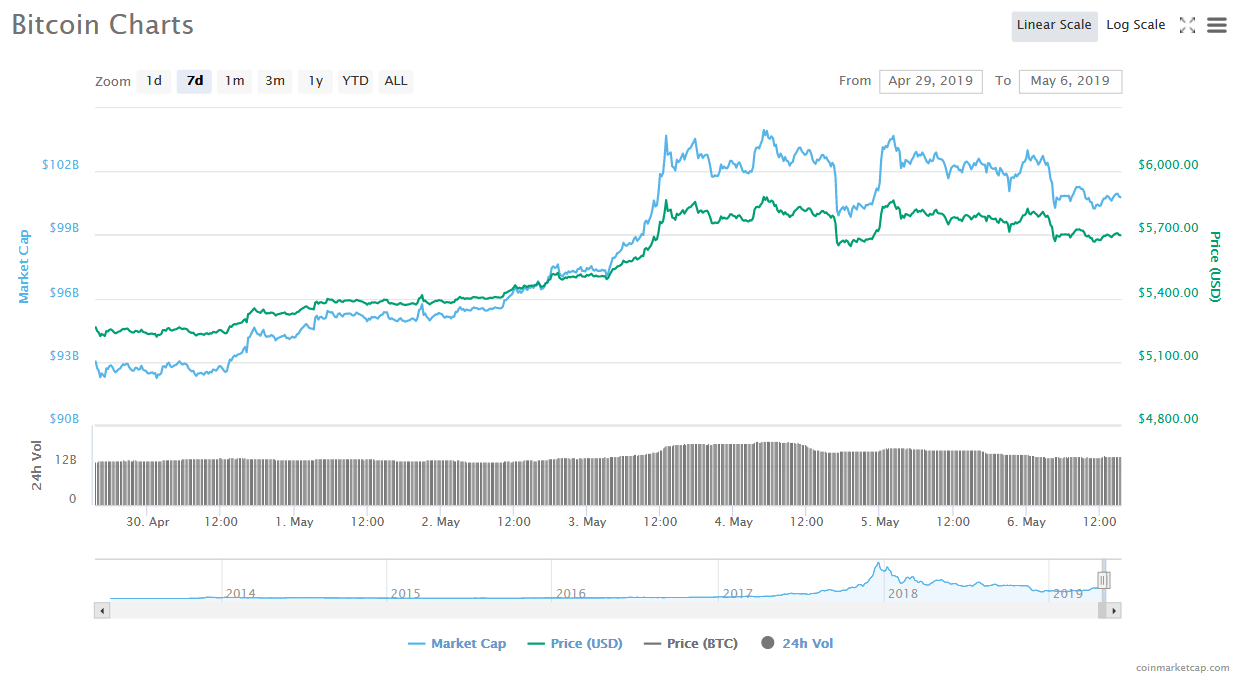 Coinmarketcap was previously under attack for failing to delete fake cryptocurrencies. CMC was helping pump and dump exchanges such as Bittrex, Fatbtc, IDEX, Hotbit, etc., which used to show fake volumes. Perhaps, that is why they are trying to enhance their data accuracy.