Coinmarketcap Under Attack for Failing to Delete Fake Crypto Exchanges 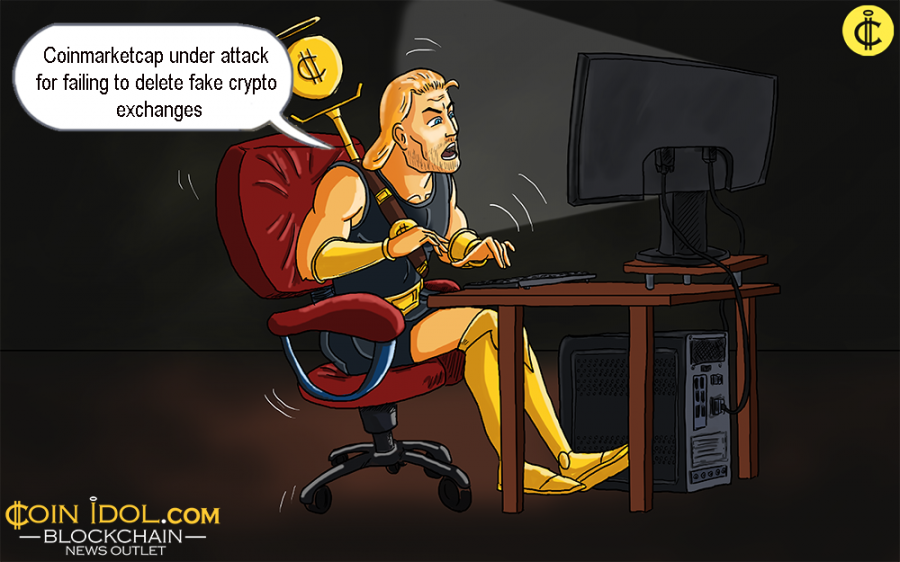 Once again, Coinmarketcap (CMC) is in the hot seat, according to The Merkle. An irate Reddit user damned the website claiming that it was helping pump exchanges which displayed phoney volumes, which primarily had no significance being on the website.

Bitbaby11111 attached a screenshot and noted that exchanges like Fatbtc, Hotbit, IDEX, and Bittrex don’t merit a place on CMC. Other Redditors revealed that expecting Coinmarketcap to be honest about their operations was like expecting less.

When ridiculed about their attempt to shame Coinmarketcap, Bitbaby11111 responded:

“I think you are making too much of the shame comment. A bit of public awareness can often push a private enterprise to react. It’s not a moral crusade kid…”.

Another user agreed with Bitbaby1111 and said that exchanges pay CMC a lot of money in order to keep them listed on the website with their wash trading. The user thinks that CMC faces too much traffic since it is listed as the 400th most popular website across the globe, so some posts from users don’t matter.

Previously, CMC was allegedly reported manipulating cryptos and trading volumes. At that moment, it was alleged that Coinmarketcap doesn’t list the cryptos immediately. Many crypto developers said that an undue and excessive time would elapse between them writing and filling in an application form in order to list their cryptos and the token would eventually appear visible on the website.

This acted as evidence that workers operating the website possess first-hand and original information on which crypto lists on the front page, and because of that are manipulating public sentiment.

For example, although the crypto is completely lacking beneficial use in terms of its utility, the insiders of the trading sector reach a common ground, that the crypto would be placed in the top 20 positions on the CMC website.

Regarding the complaints, Coinmarketcap had brought various changes to tackle the interests of the cryptocurrency community heeding skewed trade volume info. CMC had trimmed the minimum volume requirements, which it had at first, to go on and list the crypto exchanges.

As per Coinmarketcap, this was the first significant change that the firm will launch to handle the far-flung concerns that are related to the integrity of the volume figures and statistics on exchanges. We are now waiting to see whether Coinmarketcap will reply to the allegations.