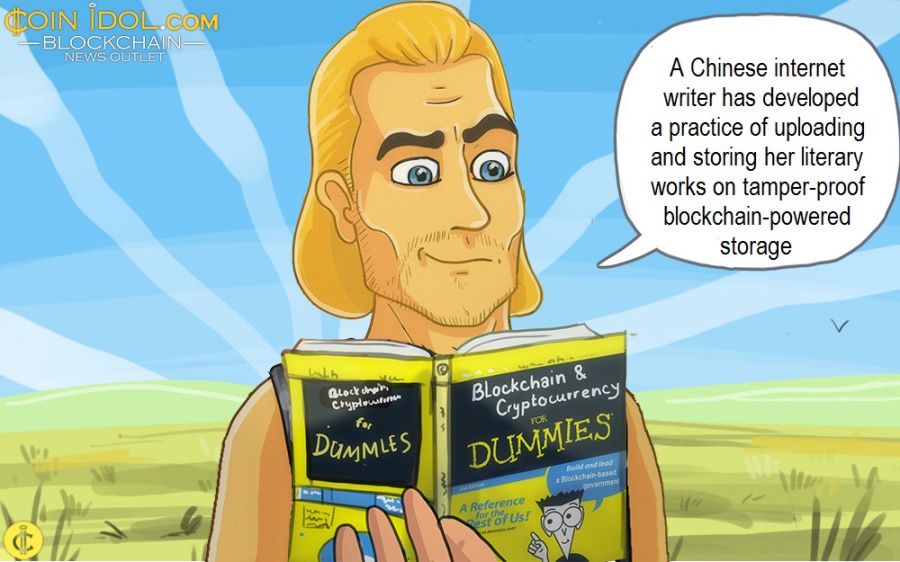 One superb Chinese online author identified as Chen Hongyan aka Lingchen has developed a practice in her innovative method of frequently uploading and storing her literary works onto a tamper-proof blockchain-powered store. When she uploads a piece of work, she by design gets a series of data as the digital ID for the work.

She is actually a great legatee of the distributed ledger tech (DLT) being applied by the Hangzhou Internet Court, that was created in Sept 2018, to improve the safety of IP rights. This was the pilot use of DLT and blockchain in China in the arena of judiciary.

The judicial DLT has the potential to reserve proof for copyright holders to safeguard them properly from any sort of encroachments and violations. As per the court officials, the DLT platform has been used to securely keep information about time, locality and individuality.

Several encroachments are as a result of Hongyan’s fame. Chen’s internet literary works have got over 100 million views and record has it that her audiobooks were used over 1 mln times.

Chen unveiled in the recent past that if she visited the court, she had to give enough proof with backed facts. But now she can wake up one time and prove for example Lingchen was the real writer of the work thanks to blockchain technology. Before then, she also had to look for clear proof before the malevolent violators erased the material.

Generally, if an author or any copyright owner has a certain special blockchain-based ID just like Chen, then it becomes very easy to claim her/his IP right beforehand.

The Internet Court in China revealed that the judicial blockchain and DLT has so far managed to register over 2.1 bln pieces of information from its inception hence simplifying efforts to search for the proof. Now, other internet courts in some parts of the country have started to follow suit by rolling out judicial applications of DLT.

Just two months ago, the Supreme Court of China also set up an integrated topnotch judicial DLT platform so that courts, notary bureaus, scientific and forensic bases can be easily brought. However, remember China is very friendly to blockchain technology but very hostile to cryptocurrencies including Bitcoin.

Do you think other countries will copy what China is doing as far as the use of blockchain technology is concerned?