China Puts An End To Crypto Speculation, But Not to Blockchain Tech Growth 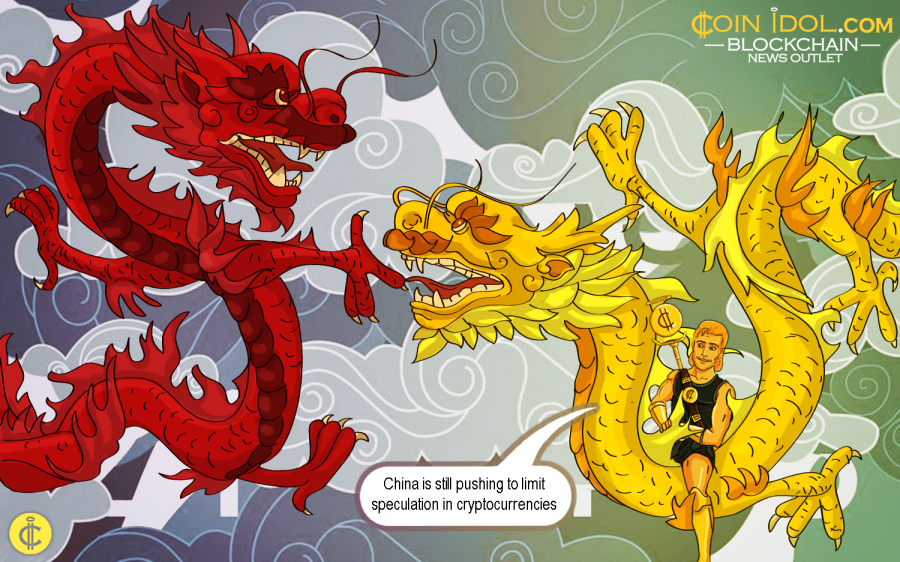 Major Chinese authorities have increased their pressure on domestic crypto operations in the last few weeks.

While Beijing, the capital of the People's Republic of China, embraces the development of the fundamental Blockchain technology, it is still pushing to limit speculation in cryptocurrencies approximately one year since prohibiting their sales in ICOs.

Blockchain tech forms a more secure, essentially permanent, record of transactions between two different parties, without the requirement for a third-party intermediary like a bank. Bitcoin is the initial application of the tech, and many more Cryptos have then come forth. Their prices suddenly and rapidly increased in 2017 as investors bet Blockchain tech could transmogrify the globe much the way the internet did. While major firms and several governments including China's are spending sleepless nights testing this technology, it has yet much to prove itself on a very large scale.

China alone used to conduct a majority of Bitcoin trading and still accounts for a massive amount of Bitcoin creation via the mining process. But shoot up regulatory scrutiny, particularly as Bitcoin's price grown high, peaked in the central bank of China and other significant financial authorities forbidding sales of new Cryptos via ICOs a year ago. Beijing also successively prohibited domestic Bitcoin-Yuan trading.

On August 24 this year, five government bodies; the ministry of public security, the banking regulatory commission, the state administration for market regulation, the people's bank of China and the central cyberspace affairs commission, issued a joint warning of the potential risks from illicit fundraising with Cryptos and Blockchain tech. The proclamation also called out those who hosted overseas servers targeting potential Chinese investors.

On the same day, technology bull Tencent proclaimed it will ban crypto-related transactions via WeChat pay, the mobile payments network of its famous Chinese messaging App.

In his speech in May this year, Xi Jinping, the Chinese President, called Blockchain tech a "breakthrough tech." The Communist Party also went ahead to publish a book in August entitled " Blockchain - a reader for cadre leaders."

Tags
Cryptocurrency Technology Blockchain China Speculation Bitcoin Banking
Most Popular
Nov 21, 2022 at 14:00
News
Creditors of the FTX Exchange May Wait for Decades Before Getting Their Money Back
Nov 21, 2022 at 12:52
Price
Weekly Analysis of the Cryptocurrency Market: Altcoins Consolidate as They Revisit the Bottom Price Levels
Nov 21, 2022 at 11:58
Price
Bitcoin Hovers above the $16,000 Support as Sellers Threaten to Short
Nov 20, 2022 at 11:11
Price
Chainlink Hovers above $6.00 as Bears Target the $5.77 Low
Nov 20, 2022 at 09:49
Price
Dogecoin Consolidates Above $0.08 as Buyers and Sellers Reach Indecision
More