The CEO of Bank of America Invests in Blockchain Technology 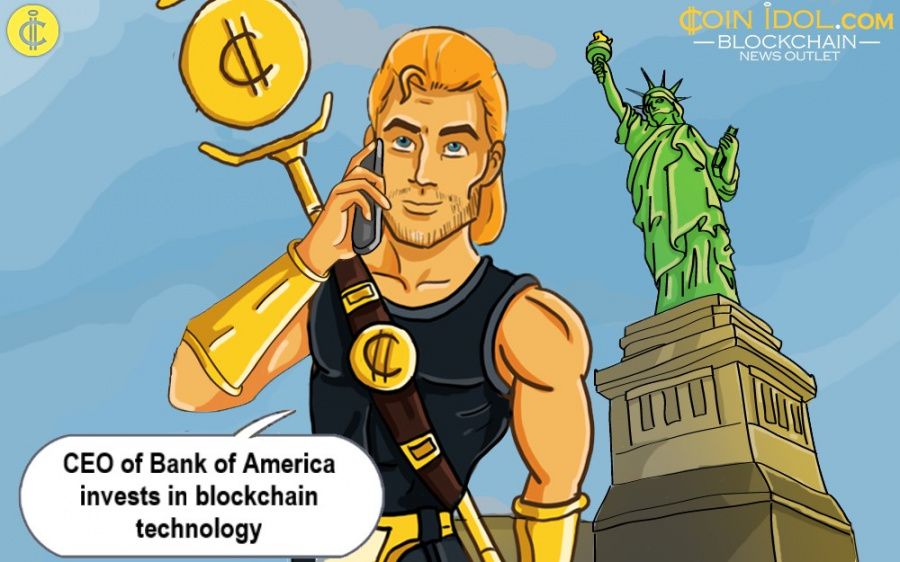 The CEO of Bank of America, Brian Moynihan, appeared to have invested a tremendous amount of money in the blockchain technology behind Bitcoin. He also revealed at The Economic Club of Washington DC that the bank already has 40 patents in this new fast-growing financial technology.

He stated at the premier forum for distinguished global leaders in Washington:

“If you get the blockchain technology, that’s tremendously interesting to change the amount of work it takes to verify ownership. So we have 40 patents on that already, more than most people”.

According to Moynihan, there are two or three different concepts embedded in the fintech called cryptocurrency. The first one is the notion of a distributed ledger, which is the idea of verified ownership interest in something that can be verified by anyone. The second thing is digitalisation of money. The major institution on the American financial market believes in it. He explained more than a half of all payments made in January 2017 by customers of the bank were performed in digital form.

“And that doesn’t include swiping your credit card at a Starbucks. That includes bill payments and wires and things. So that’s important,” he added.

The blockchain is a technology originally used as a public ledger for cryptocurrency transactions, such as Bitcoin, the first decentralized digital currency in the world, that doesn’t need any banks or regulators.

Tags
Technology Banking Blockchain Bitcoin Money Finance Club Payment Cryptocurrency Credit
Most Popular
May 08, 2021 at 11:25
News
There is Fire in the Cryptocurrency Market As Dogecoin Could Be the Next Big Thing
May 08, 2021 at 10:26
News
Polkadot Attempts to Breach $40 Resistance, Lacks Buyers at Higher Price Levels
May 08, 2021 at 09:39
News
Ethereum Continues Its Bullish Run As It Attempts to Jump Over $3,750 High
May 07, 2021 at 12:43
News
Ripple Faces Stiff Resistance at $1.70 High as Bears Attempt to Sink XRP to $1.00 Low
May 07, 2021 at 10:39
News
Revolut Users Will Gain Stronger Control of Their Bitcoins with New Withdrawal Feature
More