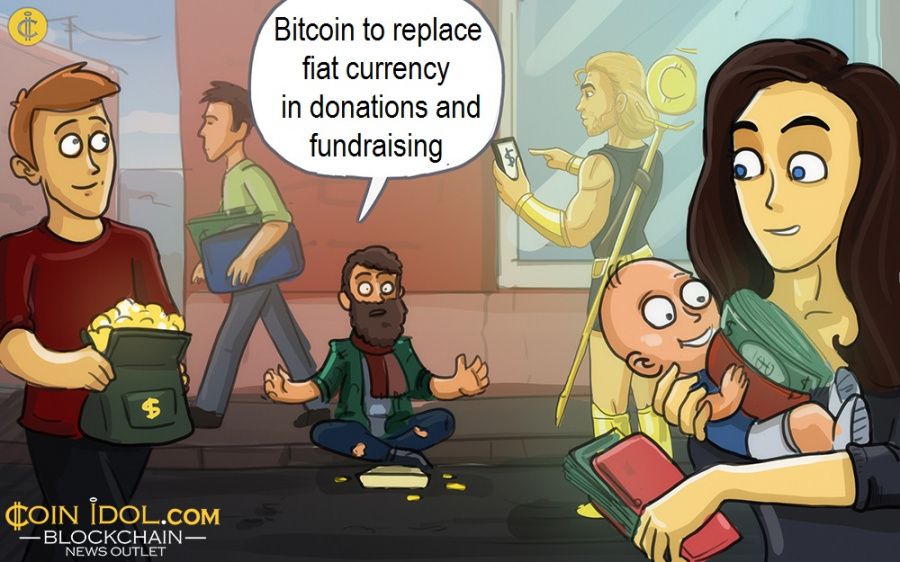 It is not just a question of using one exchange currency rather than another; it is a question of ensuring traceability and transparency, stimulating the donation system and, above all, of bringing new elements to a sector that is still poorly understood and studied, and which could develop and grow a lot in the future, given the widespread sensitivity towards issues such as sustainability and corporate social responsibility.

Bitcoin to Replace Fiat Currency in Donations and Fundraising

According to data from the European Research Network On Philantrophy (Ernop), the total sum of philanthropic donations in Europe stood at €87.5 billion in 2013, including families, bequests, foundations, corporations and charity lotteries. Families are the main source of contribution, followed by corporations, foundations and lotteries.

According to Atlantis, there are about 10 million Italians who have made donations in 2018, with 385 thousand more donors than in 2017: 49% of Italians donated in 2018 compared to 41% in 2017. Growing numbers that bode well after the negative trend of the years of the economic crisis.

Speaking of foundations, it seems that Italy has the largest capital in Europe (€90 billion). In addition to this, in 2015 the Observatoire de la Fondation de France notes that everywhere in Europe the donation sector is growing, also facilitated by the various tax breaks reserved for donors who create different case studies in different countries. However, compared to the US the figures are low (44% of the population are European donors, compared to 95% of the American population).

Now, if we look at the platforms available today, we can do some reflection on what exists and, above all, where blockchain can lead the charity industry in the future and how it can affect its growth.

As we read in the latest report on "Blockchain startups & Distributed Ledger in 2019" from the Observatory Blockchain & Distributed Ledger of the Polytechnic University of Milan – focused on 605 international startups founded since April 2014 and with a last funding acquired in the time frame between April 2017 and April 2019 – the largest sectors in which blockchain start-ups operate are the financial sector (45% between finance and cryptocurrency) with the highest 28% attributable to different sectors of activity and grouped under the name "general purpose".

It also seems that the increased attention is given to the processes of Data & Document management. If we cross these two data, it is easy to see that on the one hand the scope of blockchain is gradually widening, but on the other hand the themes of traceability and transparency remain central.

Despite its incredible potential, in some application areas traceability is attainable even without the blockchain, but this is not the case in the charity sector where the transparency of donations becomes a winning element, and where the blockchain becomes an enabler of virtuous processes as well as the engine of the increase in donations themselves. Some of the non-profit blockchain platforms include Charity Wall, Binance Charity Foundation, Bithope, and many others.