How Blockchain will Change the Market Infrastructure in Italy 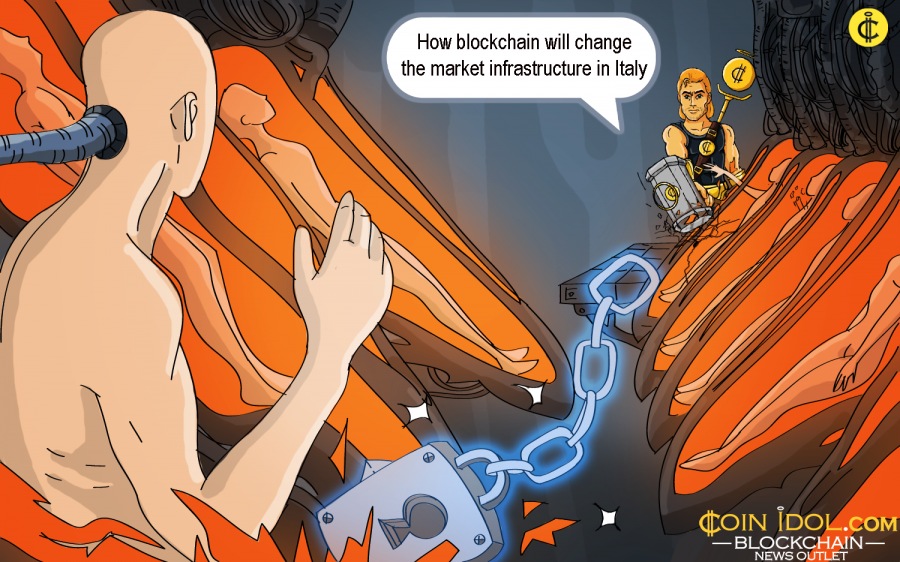 The phenomenon dubbed “the Federal Council report on framework conditions for blockchain technology” explained that distribution ledger technology will overturn market infrastructures, and in the future, many value exchanges will be entirely managed via DLT to give investors direct access.

The legislative amendments to the Swiss code to acknowledge the passing of property by exchanging cryptocurrencies and establish new effective rules and regulations in the law enforcement and incompetence to guarantee the misdirection of cryptocurrencies to their owner in the occasion of failure of the stewards of cryptoassets.

They are among the circumstances that occurred during the aforementioned phenomenon that took place at the University of Lugano, Switzerland. A lawyer, Lars Schlichting, uncovered these facets during the discussion and has suggested legislative changes to the Swiss civil code.

Lars revealed that blockchain technology will overturn and inspire significant market infrastructures where massive exchange platforms of value will emerge in future, as compared to the currently existing ones, which are managed via DLT and to which potential investors may get direct access.

Useful amendments to the stock exchanges, where the Federal Council marked to develop a new class of authorization. The occasion organized by the Swiss LegalTech Association together with the Swiss FinTech Association, not forgetting the Association CryptoPolis, was officially presented by Lawyer Lars, CEO Poseidon Group & partner in Kellerhals-Carrard of Lugano, a law company.

The meeting was held after the publication on Friday, December 14, 2018, of a report on legal bases for master books DLTs and blockchain technology in Switzerland by the Federal Council.

Followed by a panel debate where the deputy director of Banca Zarattini, Daniela Rosa, stressed how his great Institute is open and ready for blockchain technology and wants to join forces actively with firms.

The technology will have a significant impact on all future baking systems and will introduce new great opportunities, where the financial banking institution is going to be part of this drastic and far-reaching change.

The Power of Blockchain & Crypto

Also, Roberto Genasci, from SwissWealth Management (SWM), has a similar opinion and he stressed how cryptos can be properly integrated into investment strategies provided to both private and institutional clients.

The director of Eidoo, Thomas Bertani, also elaborated how this nascent distributed ledger technology enables transactions without intermediaries, depicting the operation of the new decentralized technology, particularly in the stock market.

As Coinidol also reported recently, the Italian government continues with a plan to integrate DLT into the economy of the country, an effort disclosed by the official release of Italy’s first blockchain regulation. The Senate Committee is doing everything possible to make this establishment happen.

However, in a similar struggle, the new blockchain and smart contract regulation approved by the Italian Senate has a lot of voids hence carrying many potential problems to the economy, both substantive and formal, as Coinidol revealed.